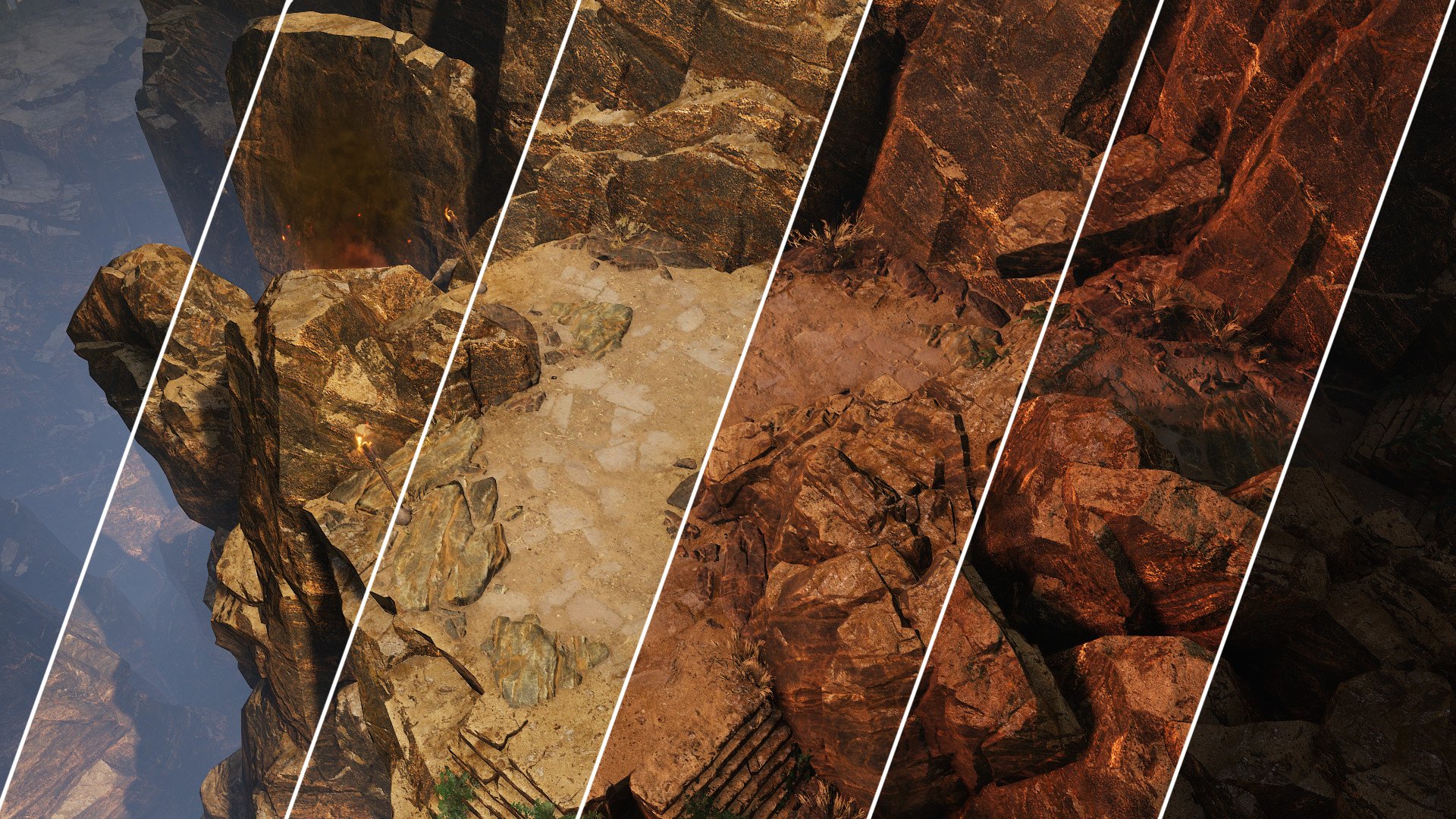 Are you ready for the first Dev Update of April? Well you better be, for we have tons of things to show you!

Annnnd stop! With 32% of the total vote, the Arcane Shieldstaff wins March Community Contest: Design your Magic Weapon! Second place goes to the Manacalon Javelin of Sure Returning (21%), followed by the Winged Dagger (17%), the Mace of the Midday Sun (16%) and finally the Mountain Breaker (14%). Huge congratulations to our winner GreyWarden77, the runner-ups Woolynelson, Maruo Sartori, Ithron and Shadow of Olympus, as well as everyone else who participated to the contest. We will soon be sending Forum Badges as a reward to all participants - as well as some bonus XP so you can level up and get access to more avatars!

Bronze for participating, Silver for getting selected, Gold for 2nd place, Diamond for winning!

We've also been informed that the Arcane Shieldstaff looks similar to the Staff of Defense found in the Lost Mine of Phandelver D&D 5e module. However, it doesn't grant a +1 Bonus to AC, and it can also cast Shield as a Reaction (Staff of Defense can only cast Shield as an action). Oh and it also doesn't have a 5% chance of blowing up every morning, we can already imagine the amount of bug reports about "Items disappearing from Inventory" if we did that.

That being said, thank you for staying vigilant and telling us about these kind of issues - if we do conclude that it's too close to an existing item in the end, we may change it slightly while keeping the intent intact (so it won't suddenly be doling out fireballs by the dozen, but it may trade Mage Armor for a +1 to All Saving Throws for instance)

You might remember us showing you a little sneak peek of the Day & Night cycle when talking about our new World Map screen in early February (Dev Update #7). For those who missed it  - or who simply forgot, it's been 2 months after all - here it is!

You can even see the clock at the top showing the passage of time!

Back then, you were only able to see the changes in luminosity on that specific screen... But it is no longer the case! When your party is inside a location, time keeps going - so when you do a short rest or a long rest (1h / 8h), you will see the level change with the time of the day.

Now for the fun fact: even when you're not doing rests, the time is actually flowing in real time. That means if you were to leave your computer with Solasta running for a few hours (without being in a menu), you may very well come back and see that the luminosity now looks a lot different! This should almost never happen if you're just playing normally, but just for fun here is what it looks like with a (very) accelerated video. As you can see, it's not just a question of having one "Day version" and one "Night version" of the level - the luminosity changes with the in-game time! It's also important to note that the changes aren't only visual - after a certain hour, you will be fighting under Dim Light conditions - and who knows, maybe even in total darkness!

Once the night hits, you better have those torches and Light spells ready!

Alright, hope you enjoyed it! All of that was made possible thanks to our Graphic Programmer, who made a fantastic tool for the team to play with!

Most of his work can be considered as MakeThingsPretty.exe for our Dev Updates

Don't you love it when you're traveling back to town from dungeon-delving, half-dead and completely out of spell slots - only to be hit by a random encounter? Well, now you can experience these rage inducing moments in Solasta as well! That's what you get for culling down the locals, you damn murder hobos. Anyway, random encounters - they have now been implemented in the World Map, and you can even get ambushed under certain conditions. This means we've also been working on a small encounter map - and will probably end up making a few more so that you don't always fight "random" encounters in the same "not so random" location (damn it Fred, I told you we should have gone around that clearing, we've been ambushed the last 5 times we went through here!) 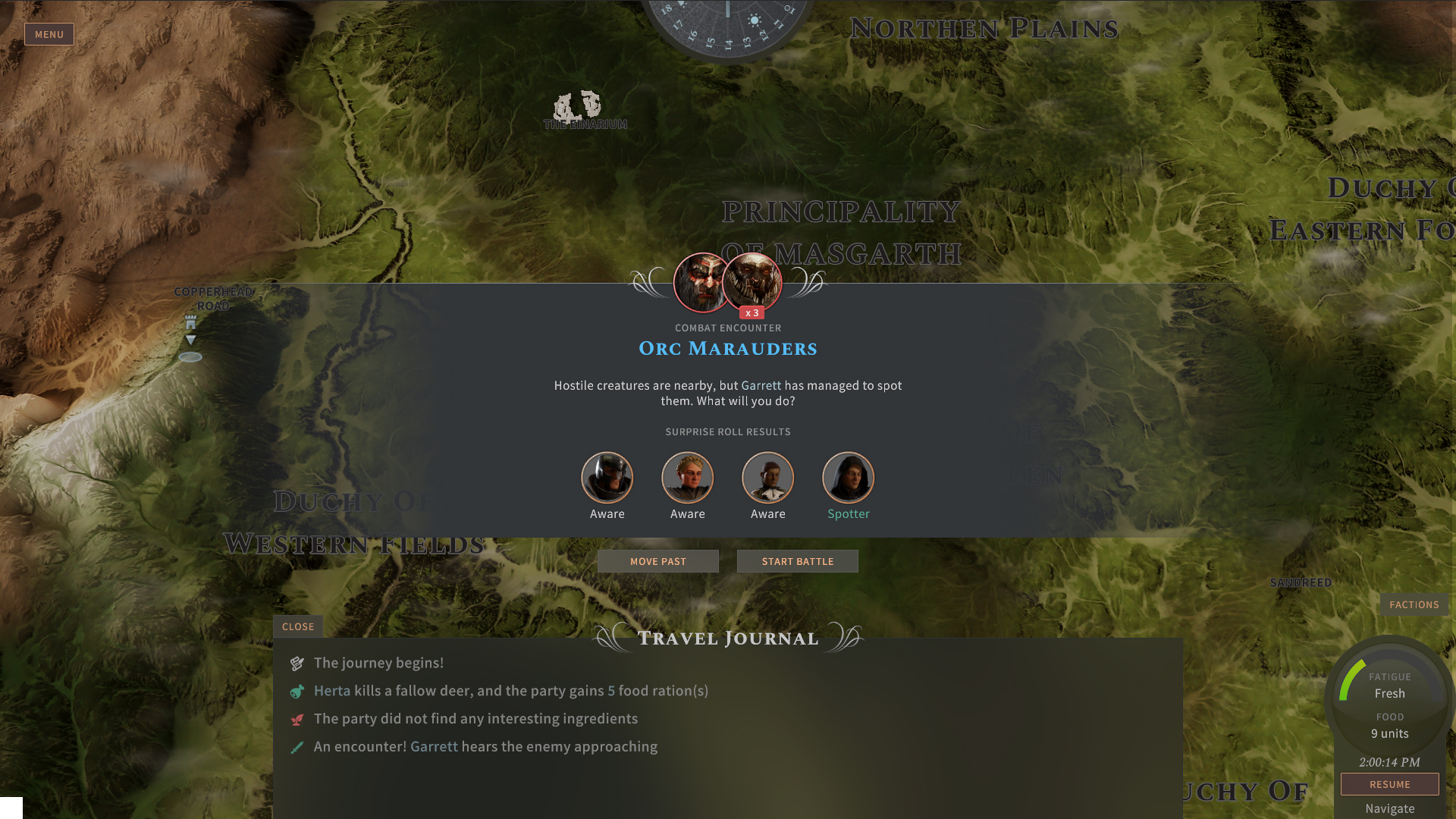 Hey look guys, more XP and loot to entertain us during our journey!

New Levels in the Work

We've been showing you a lot of the same locations slowly being improved - which is fairly important considering those are the first levels which new players will be seeing - but I'm thinking some of you might want to see some new locations. Well, here is a little something for you - although we won't be telling you where that is! Always keep in mind that all you're see here is Work In Progress, it's far from being done! 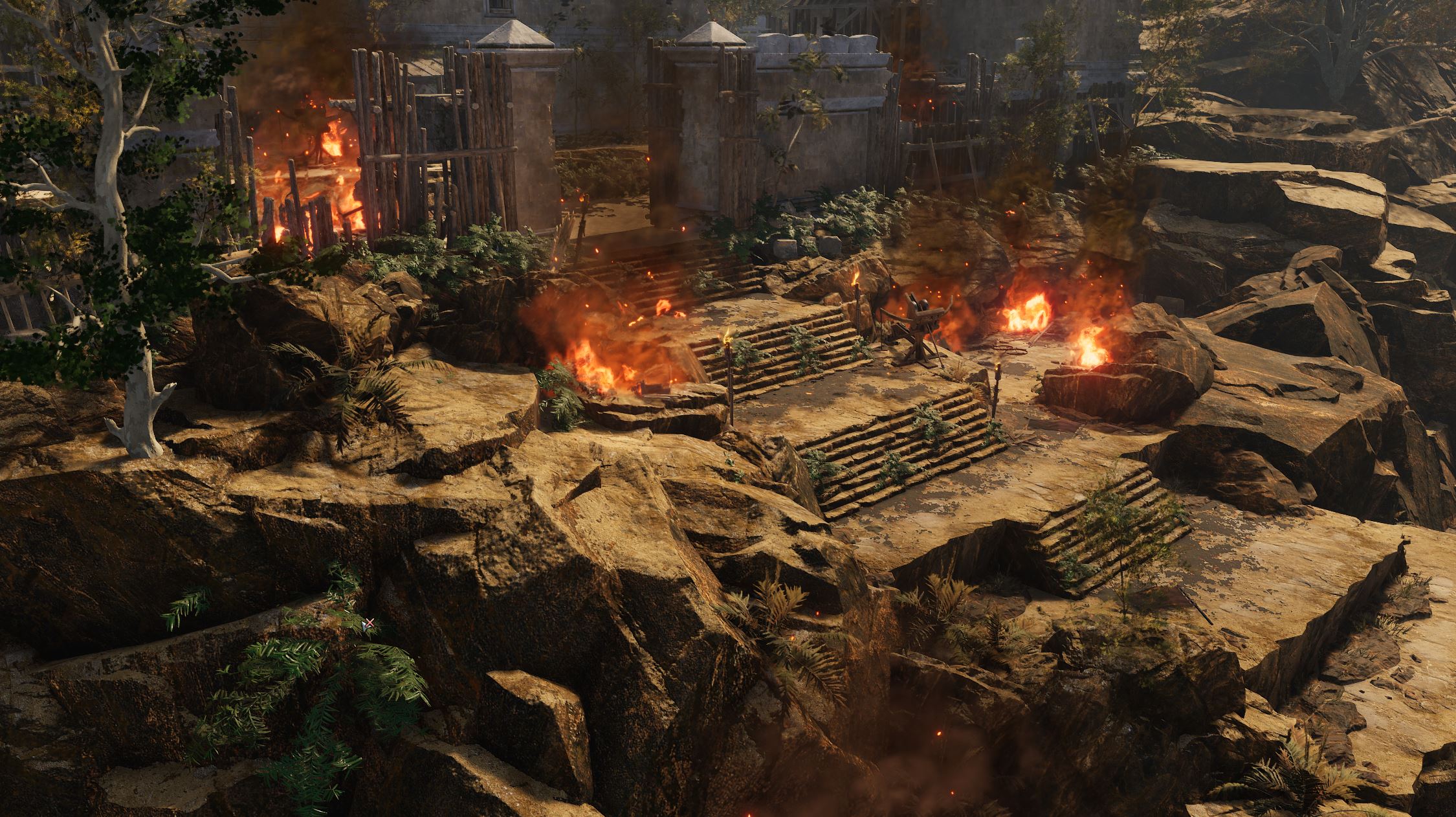 Ohhhh toasty. Did things get a bit heated over here, or did the wizard just drop a fireball to clear the area? 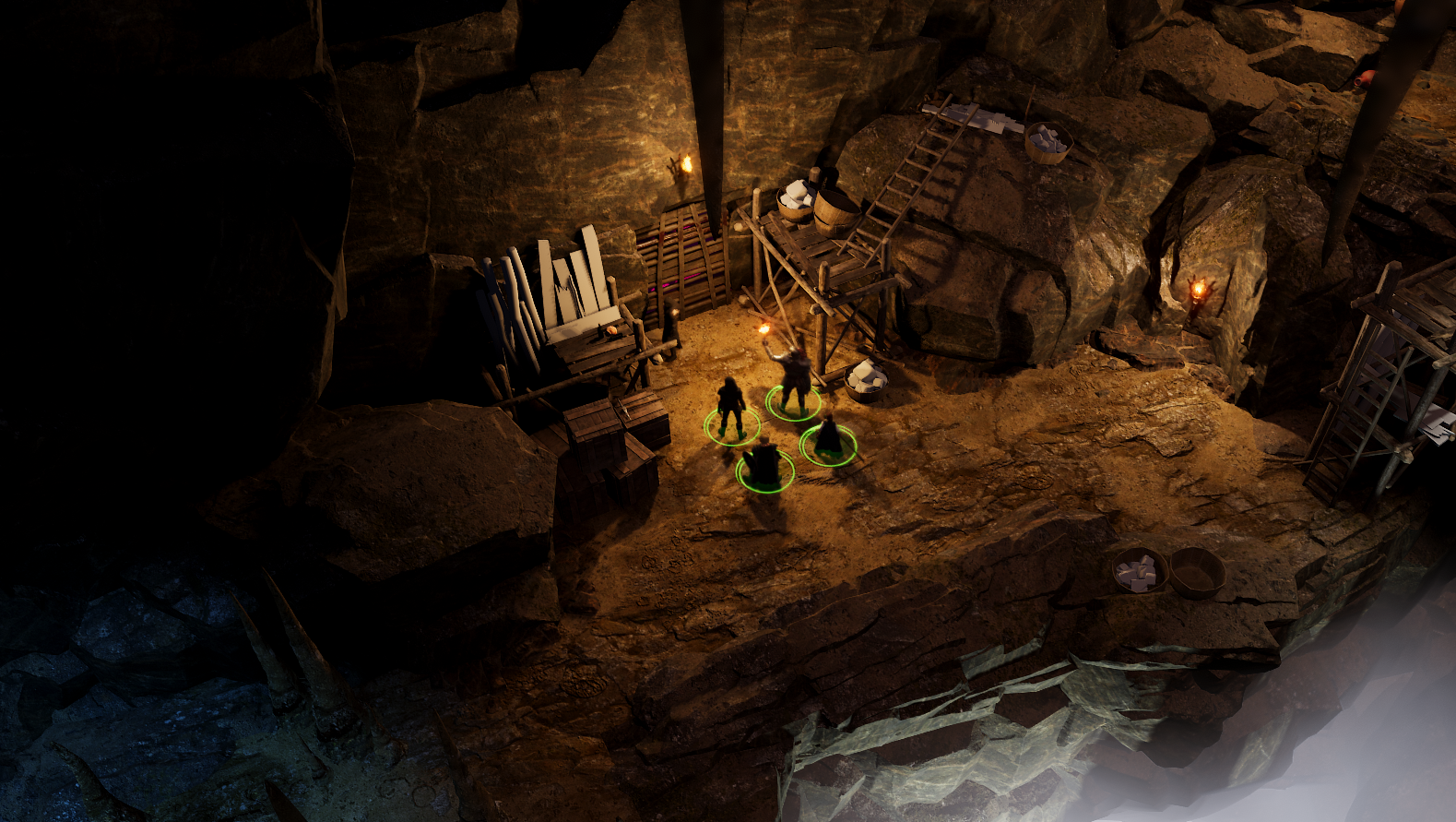 Time to show some love for the Art Team, who've been kept busy working on... icons. Lots and lots of icons, for all kinds of stuff! Turns out that when you want your Character Creation to be free of placeholders, there are plenty of little things you need to take care of - Divine Domains for Clerics, Fighting Styles for Martial Classes, Spells for Spellcasters, Archetypes for everyone... Anyone, here it is - once again, not everything is final so some of these icons may very well change in the future! 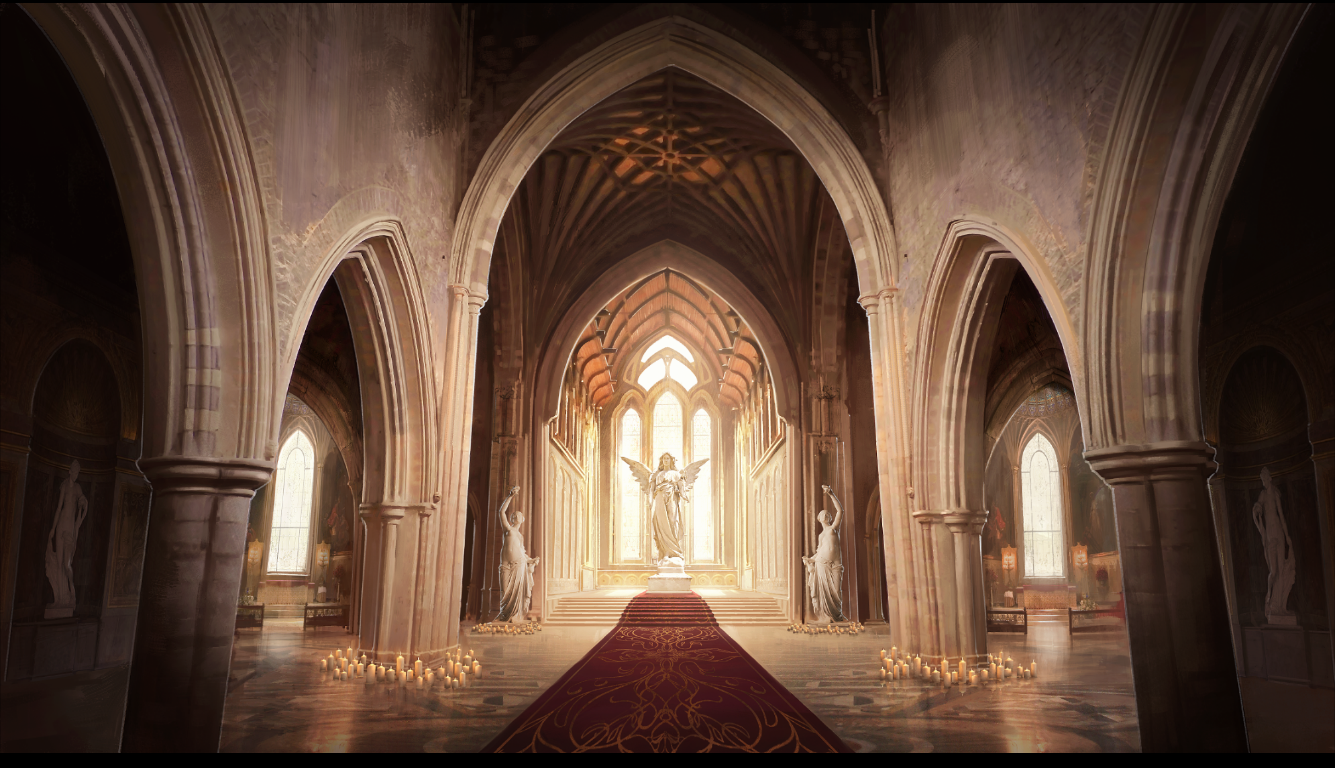 We finally have an image for the Acolyte Background! With this, all 8 Backgrounds are now ready 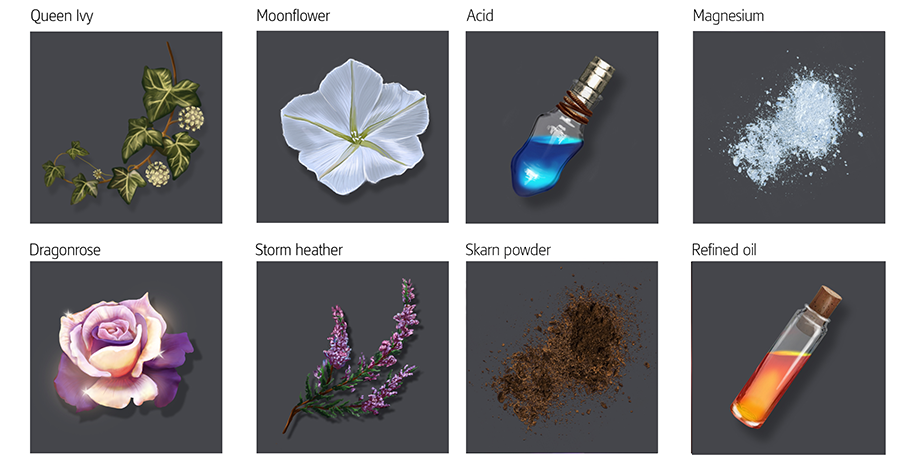 Today's a good day for VFX lovers. Why, you may ask? Well, how about... Fireball, one of the signature spells of D&D? Feast your eyes now, before you grow weary of it after spamming fireballs at every issue you find in your way.

How do level 5+ wizards deal with their problems? EXPLOOOOOSION!

However, it wouldn't be fair if we only showed Violet all the time. Here is Vigdis with a brand new Solasta-flavored power: Channel Divinity - Holy Retribution, from the Law Domain. When you lose HP from an enemy melee attack, you can use your reaction and Channel Divinity to immediately smack that impudent swine strike back with some added psychic damage!

Unfortunate as it is, no blooper this time. There weren't so many funny bugs as there were unwanted crashes, and error messages aren't the most entertaining screenshots to share. So instead, here's a rejected helmet design doodled by our Lead Animator during our last Sprint Review. 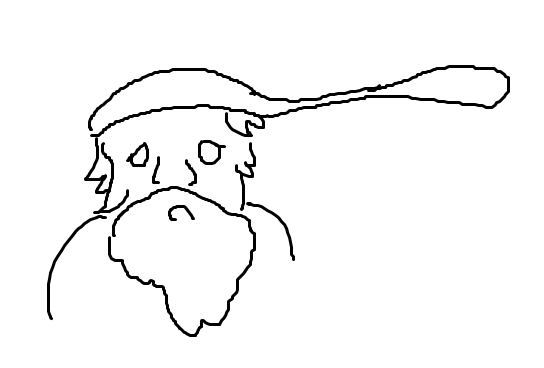 A giant spoon for a helmet? Someone fire this man right now.

That's it for today, April Community Contest is right around the corner!

so glad I backed this, it's a real eye opener reading about the development