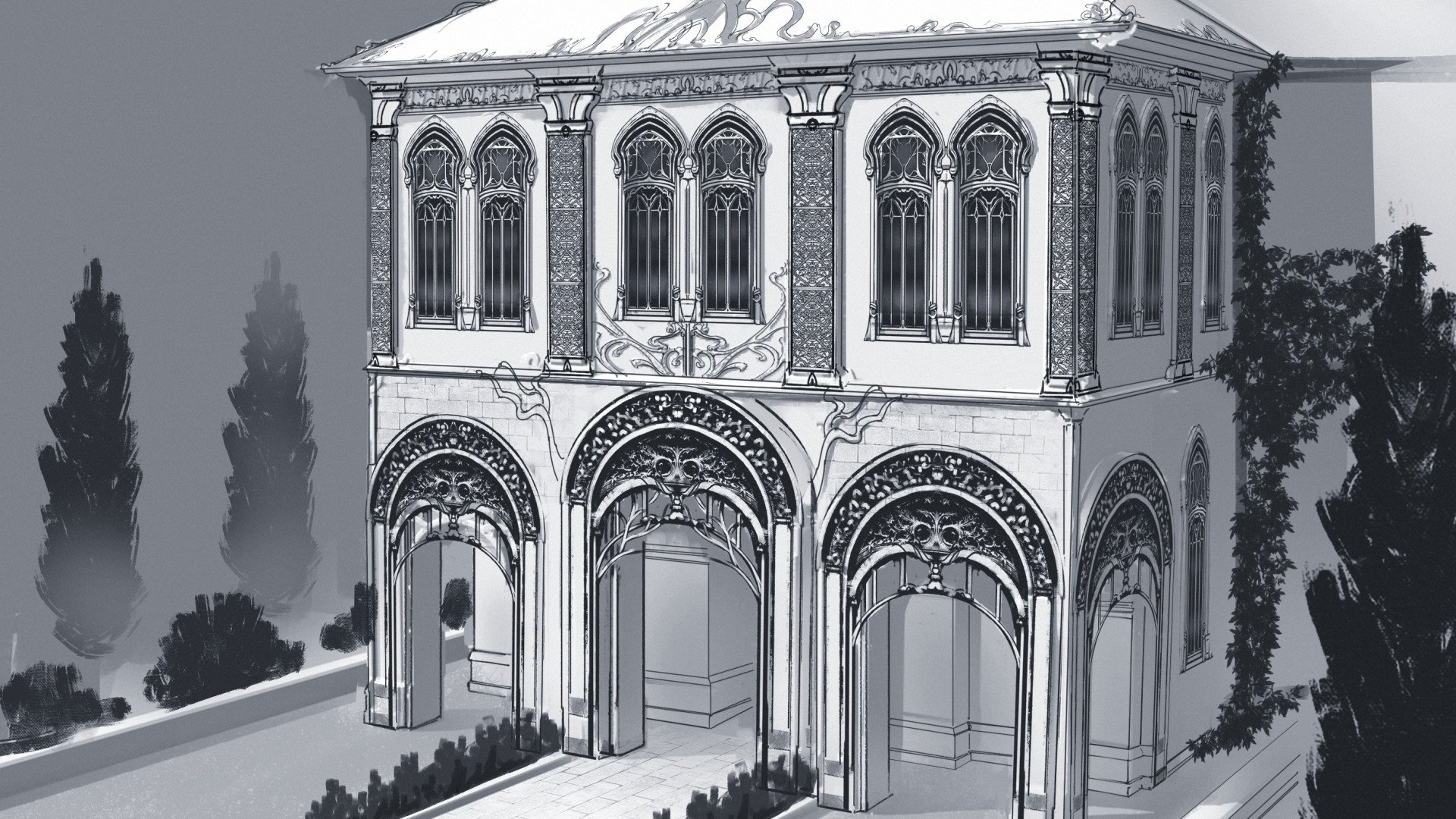 February's Vote is over, it's time for us to open the lid and count the votes!

With a staggering total of 50% of the votes, the Minotaur wins February's Community Vote by a huge margin! In second place, we have the Ettin with 20% of the votes, followed by the Troll with 16% and the Ettercap last with 14%. Minotaurs will thus join the monster roster of Solasta, prepare to face them in deadly encounters. With the ability to charge and gore anyone in its path as well as being able to attack recklessly as much as they want, Minotaurs will make for tough foes to defeat! 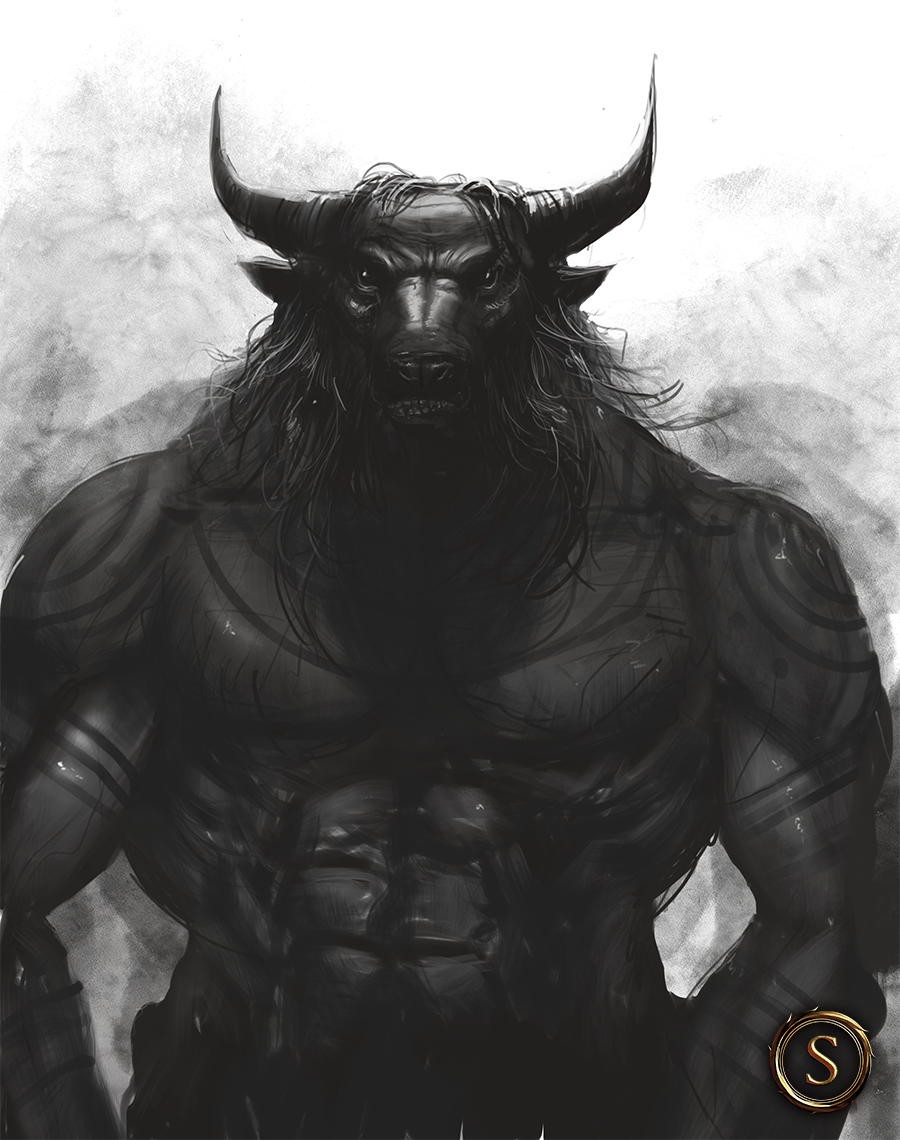 Did Someone Say... Monsters?

It's easy to forget that it takes quite a bit of finishing touches to have a monster be 100% ready for the final game. And by finishing touches, I don't mean making it look prettier (although it's always nice) - I mean that there are a lot of "little things" to take care of. One of them, for instance, is their portrait for the initiative tracker during combat. 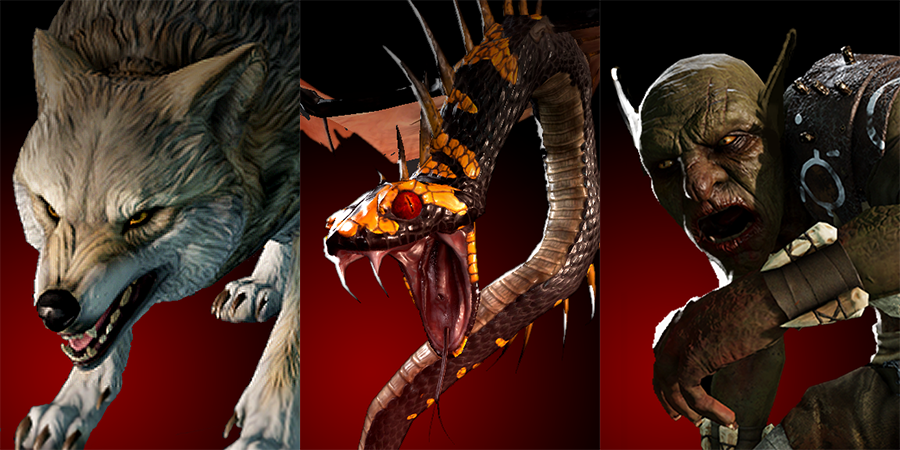 The reign of random Google Image placeholders is finally over!

Speaking of placeholder icons, if you've never seen what some of them can look like, I invite you take a look at this wonderful gallery of placeholder icons for DOTA 2 - let it be known that Valve has some very humorous artists. Also, do you know what else is important? Audio - and especially audio timing. Imagine your character hitting an enemy... only to hear the impact about a second later. There are few things that can be as grating as audio delay, and it completely destroys game immersion. This is why one of our Programmers worked on a little tool for our Audio Engineer to visualize the different animations and help them time the audio more easily!

And we're still improving it! You can check plenty of things with it, not just monsters.

Also, little fun fact (if a little useless) that I forgot to mention last time: our Flying Snake's tail is dynamic. That means if it suddenly froze in the air, the tail would still dangle for a bit (because physics). That also means you could technically make it wiggle very hard, something I have no doubt our Lead Animator already did.

Flinging Spells at the Environment

We usually don't show much about our Programmers' work, for a very simple reason: there isn't really anything to show. Lines of code don't really make for good screenshots after all. But today's an exception - we've long been working on it, and we're finally implementing interactions between spells (and powers) and the environment! It might seem like such an obvious thing, but a monster, a door and a torch are far from being the same thing. There are different systems at work behind each of those elements, and not everything reacts in the same way... That is, unless you want some poorly optimized game or very weird things to happen.

One of the earlier iterations of Spells / Environment interaction, you can see an older version of the combat grid

Doors are no longer safe from Wizards. Open, sesame!

You can now light torches with Fire spells, and extinguish them with Water & Ice spells (we're still discussing that choice)

Character Customisation is Getting There!

We've been showing you all these cool haircuts and beards in the past Dev Updates; you'll be happy to know that we're slowly implementing them in-game! Soon enough you'll be able to make a colorful party to travel the lands of Solasta. Farewell, Violet, Garrad, Rhuad and Vigdis, and hello new adventurers with custom faces!

We'll show you some other races in future updates as well!

We've showed you plenty of concept art for buildings and details in the past updates - but what do they actually look like in 3D? Let's take a look at the Snow Alliance Embassy! 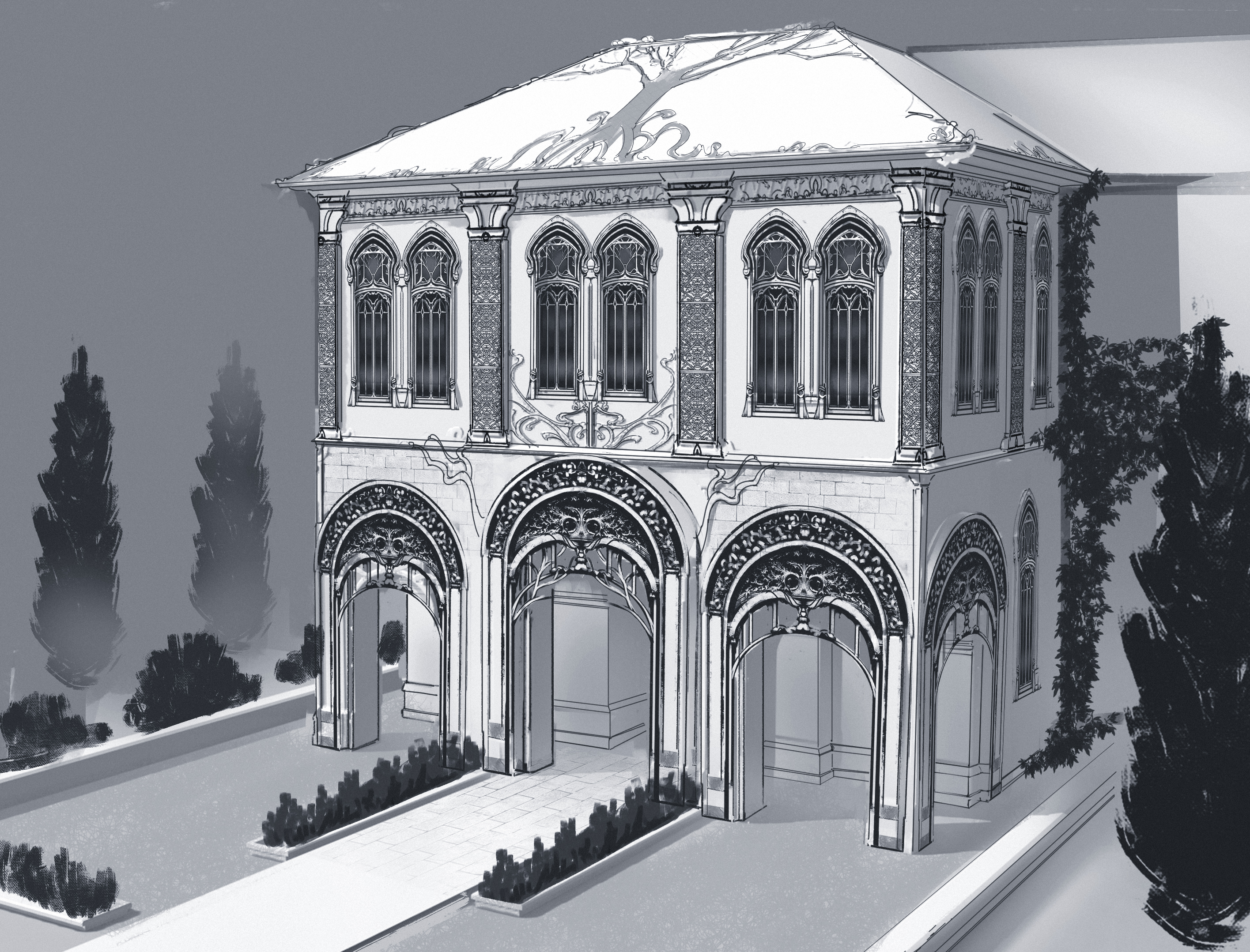 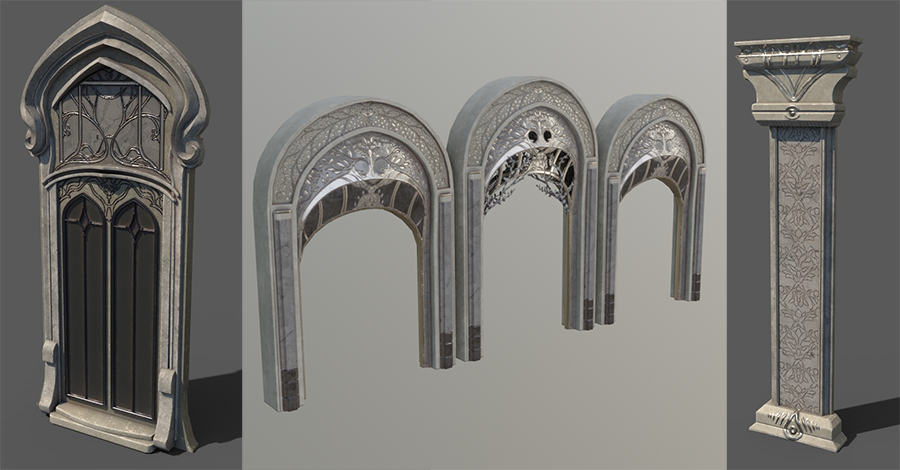 And here are the 3D models of the window, the arches and the pillars. Pretty faithful, eh?

On that topic, we'll share a more in-depth article about the city's playable area in the near future. We know it's something that a lot of you are curious about, since a game's main hub is somewhere you spend quite a bit of time after all! Currently we're working on the Embassy District - and not only the buildings, but also the ground and the rest of the environment. Here are a few screenshots I've managed to nab! 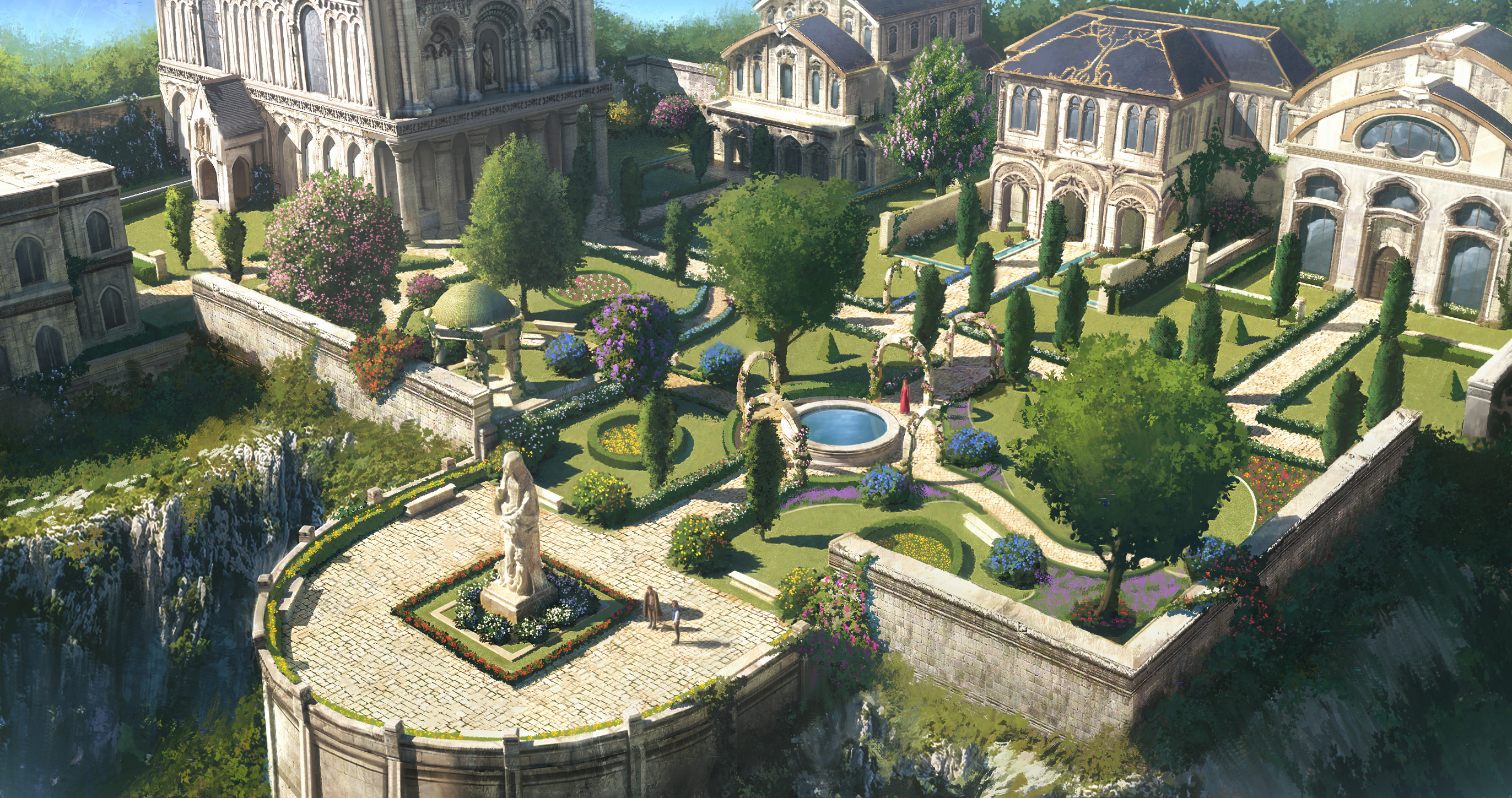 As a reminder, here is the concept art of the Embassy District that we shared quite some time ago 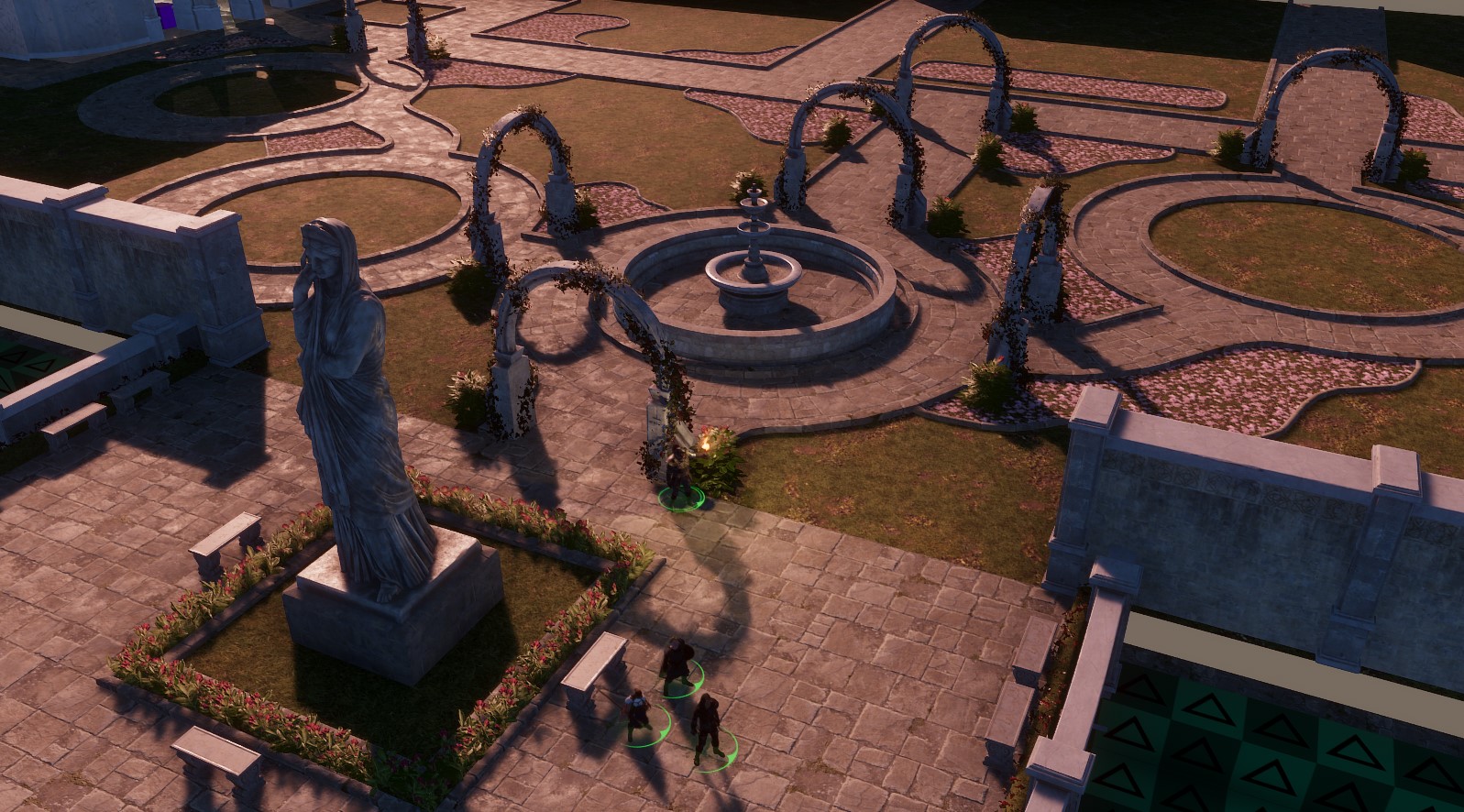 Here is the same camera angle, but this time in-game (Work In Progress of course). It's sorely lacking vegetation for now! 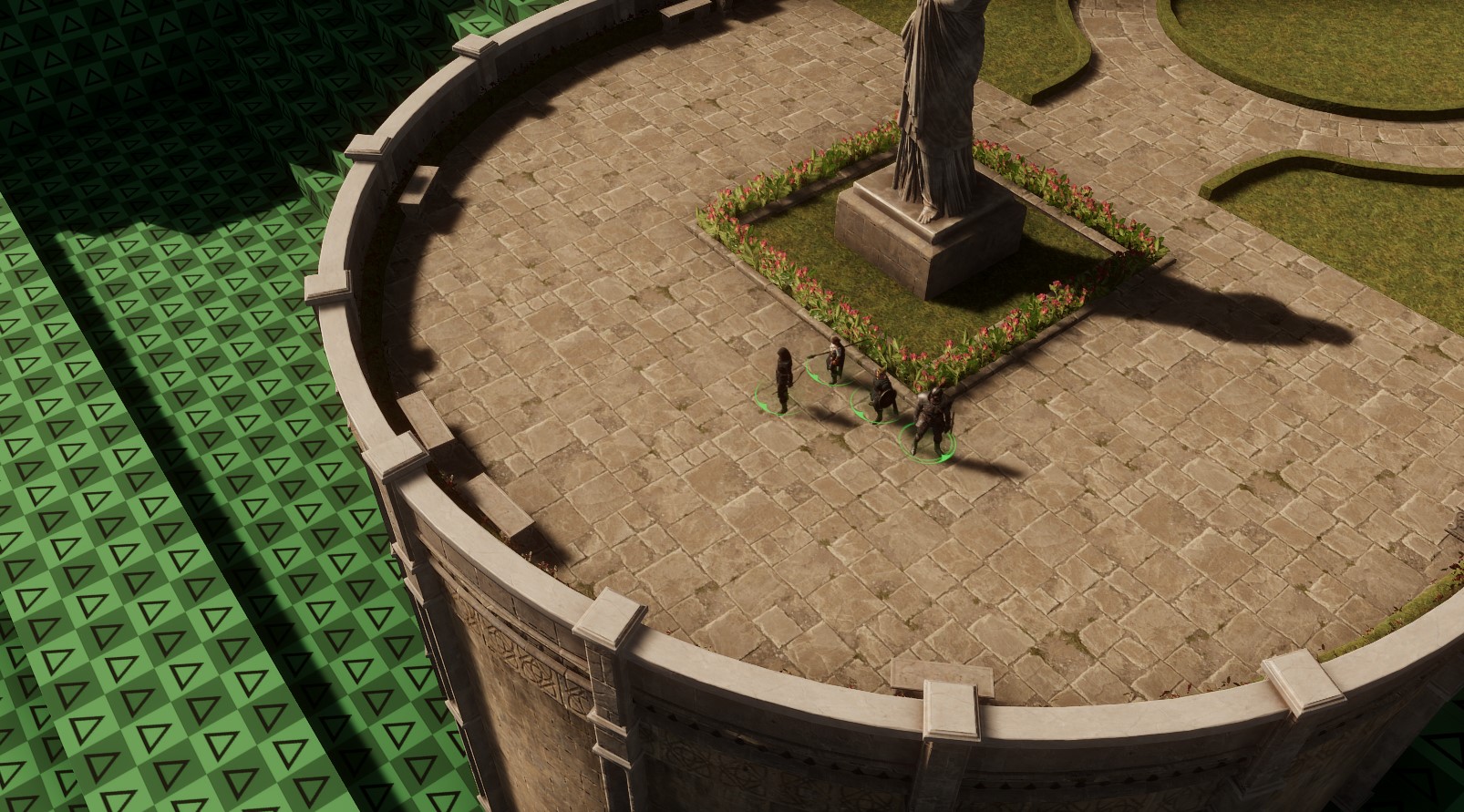 And here is the promontory, overlooking the... well, I guess the lack of city since it hasn't been merged in the main branch yet

Woohoo, blooper time! Remember when I was talking about having armors adapt to the character's shape? Well, here is what happens when the settings aren't working properly.

Here is another hilarious bug that we ran into (and that we shared on our Discord server some time ago) when working on traps. There's some time loop shenanigans at work here!

This test level was aptly named "Tower of Pain"

That's it for today! Hope you enjoyed our Dev Update, see you next week for March's Community Contest!