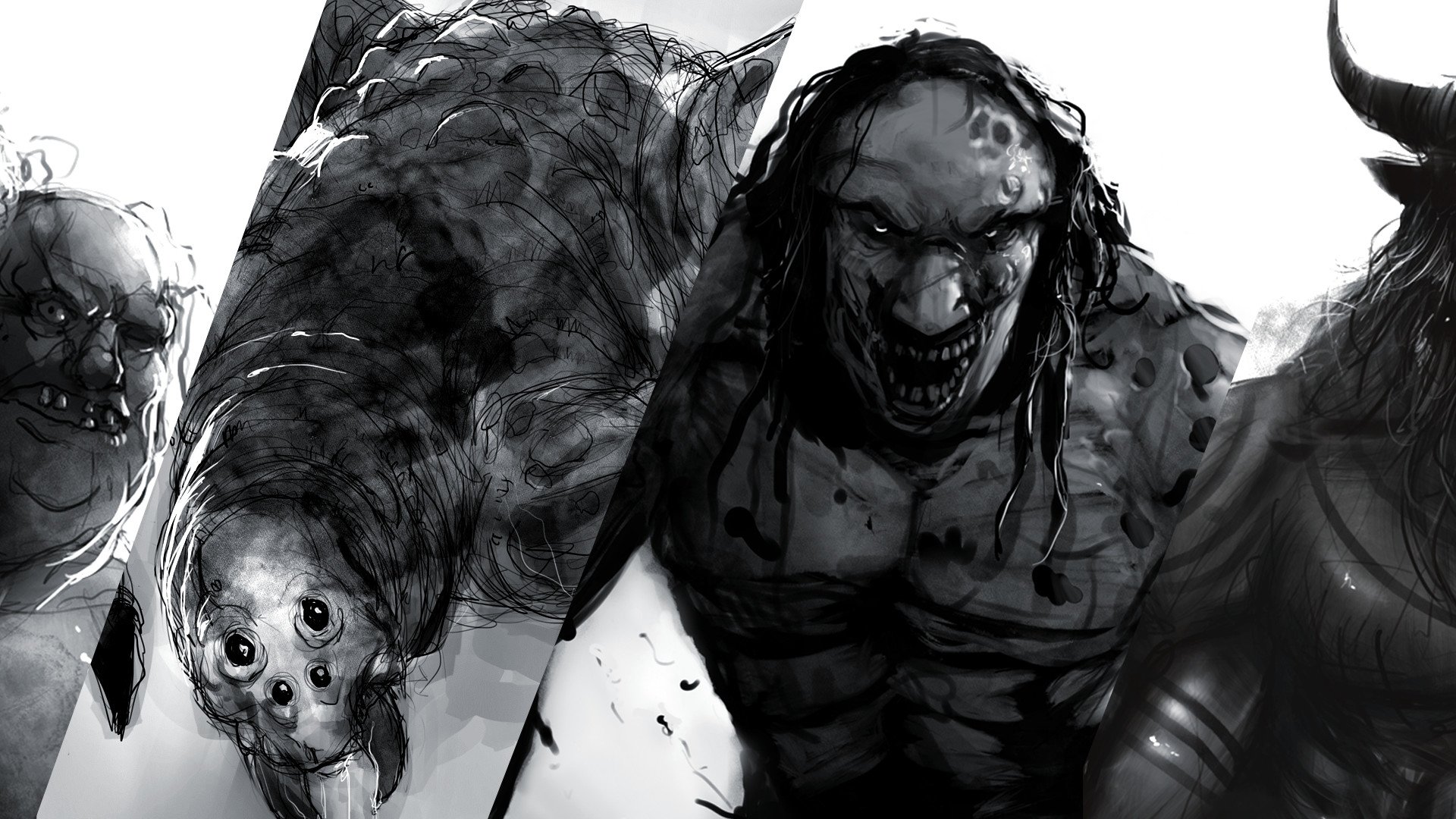 How have you all being doing? We want to start off this Dev Update with a big congratulations to Kiaradth Bright-Spark (submitted by Jackobake), winner of the Mayor of Caer Cyflen Contest. Look forward to meeting her in-game! And now, before jumping into the Update, it's time for the next Community Choice...

We did it once during our Kickstarter Campaign, and we're doing it again! It's time for you, our future players, to choose which of the following four monsters you want to see added to Solasta at release. In an ideal world we'd want to have all of them, but Game Development is all about making choices to stay within schedule and budget!

Each of them are more than eager to have some adventurers for dinner!

So which will it be? The mighty Minotaur, the towering Ettin, the undying Badland Troll or the treacherous Ettercap? Choose wisely, as you will be the one facing these foes! Click here to vote now!

Fetch me my Armor!

It might seem like a tiny thing, but swapping armors around is actually not that simple when you have characters with different sizes and shapes. Just imagine dumping Garrad's massive armor onto poor little Violet. It... wouldn't work so well. For those who may not know who we're talking about, Garrad was our Human Fighter and Violet our Halfling Wizard in our Kickstarter Demo - you can check out the characters' size difference from a screenshot of our old opening cutscene to the Ruins of Telema below. 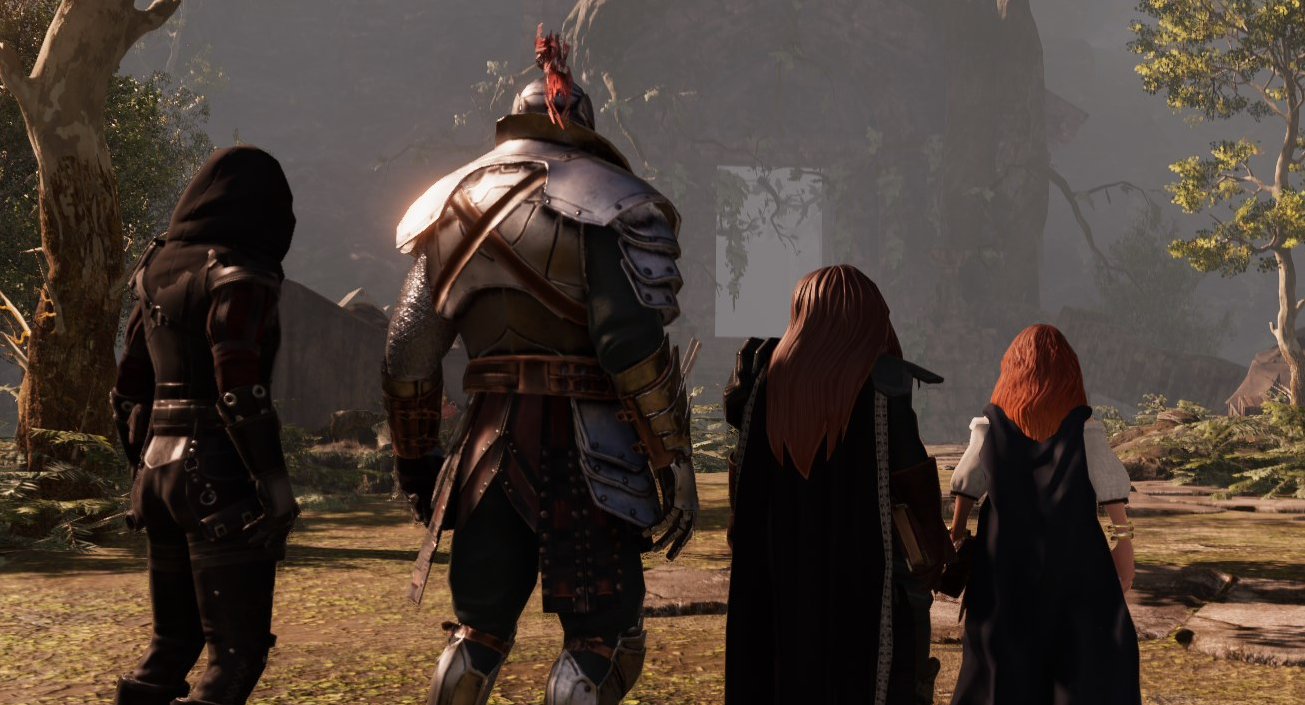 Nostalgic isn't it? This dates from even before our Kickstarter Campaign - you can see old haircuts that we removed since as they kind of looked like plastic.

As you can see in the image above, simply changing outfits between characters would produce terrible, terrible results. Even Rhuad, our elven rogue, would have trouble with that metal armour since he's much thinner than his bulky warrior friend. However, these days are now over. We have the technology! Armors and clothes now fit to all our body templates and for all races. Don't let anyone tell you how to dress! You do you buddy! 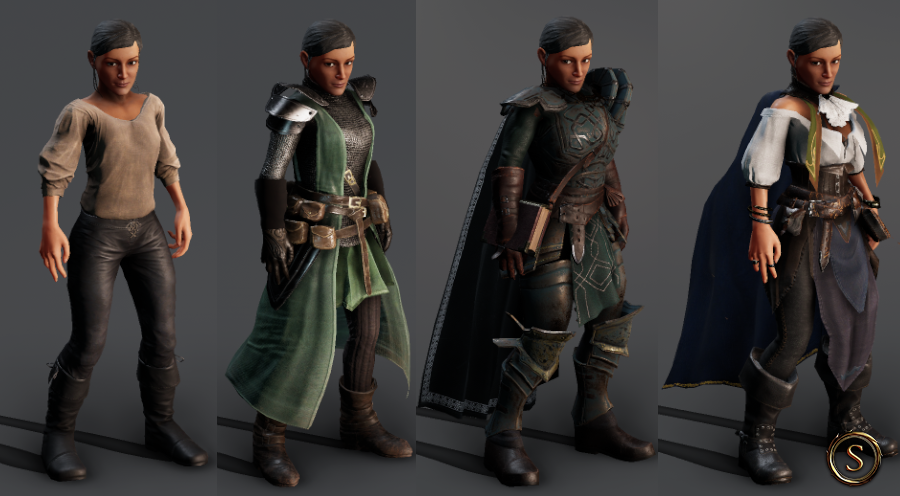 Violet can now dump all her stat points into Strength and Constitution if she wants, she is no longer restricted to her wizard's outfit!

Rome wasn't built in a day, and neither is Caer Cyflen. Our game's main city is still under construction, although we're seeing more and more streets and houses, and less and less giant gray lego boxes as time goes by. Still, a picture is sometimes worth a thousand words, so I'll sneak in a small screenshot of an area we recently added to the game - keep in mind everything you see is still very much work in progress!

"Hello? Anyone here? What do you mean, we haven't added the NPCs yet!"

We also know that there are some of you who very much like to see Concept Art and details behind how we make our environment feel alive and coherent in Solasta, so I've prepared a bundle of what our Environment Artist usually receives when he starts working on a new building. 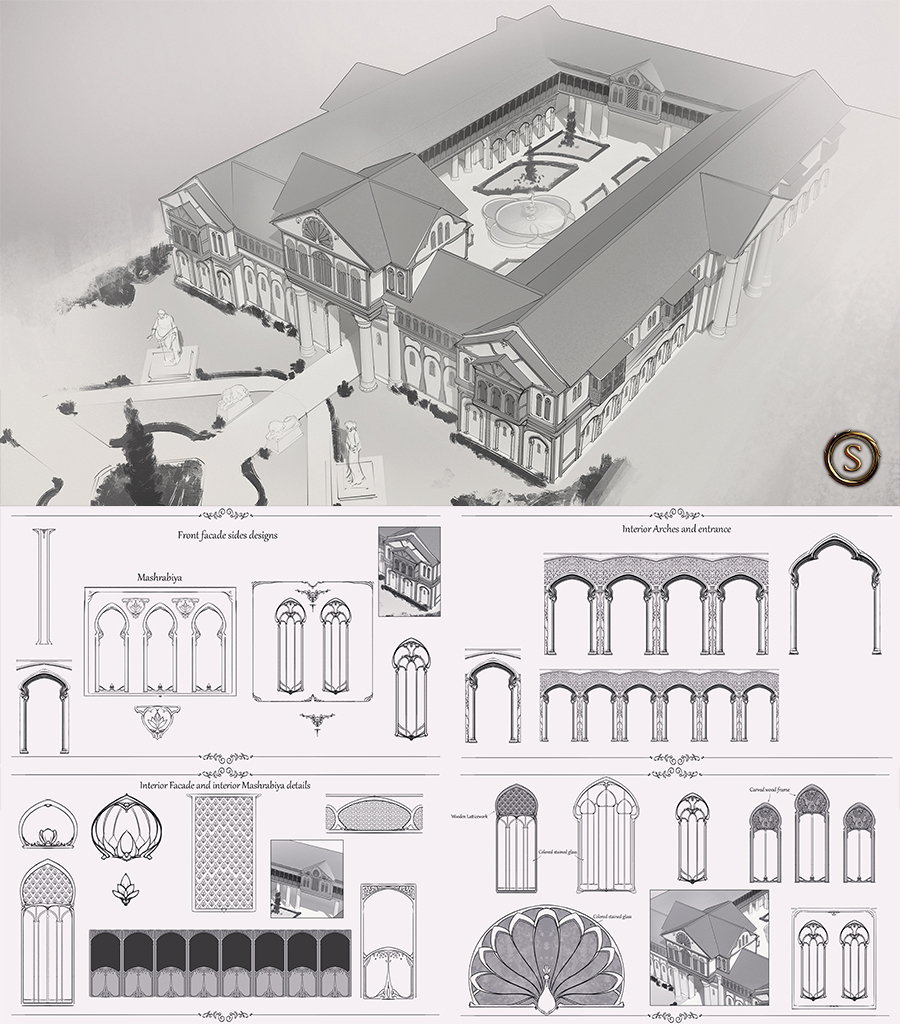 Each of these images are of course in much higher resolution, but if we started uploading those we'd quickly run out of space for our Dev Update

And for all our Cleric players out there, we've got a little something for you too! Our Art Director recently finished going over the different deity symbols, which you can check below. We will also be doing a little lore article going over each Solastan god in a bit more detail soon, so keep your eyes peeled for that!

Verticality is one of the pillars of Solasta - we've said it time and time again, we want you to think in 3D when it comes to battles. But it just wouldn't be fun if the players were the only one able to use that verticality now, would it? This is why we're proud to present the first flying foe to make it in-game: the poisonous and terrible Flying Snake! 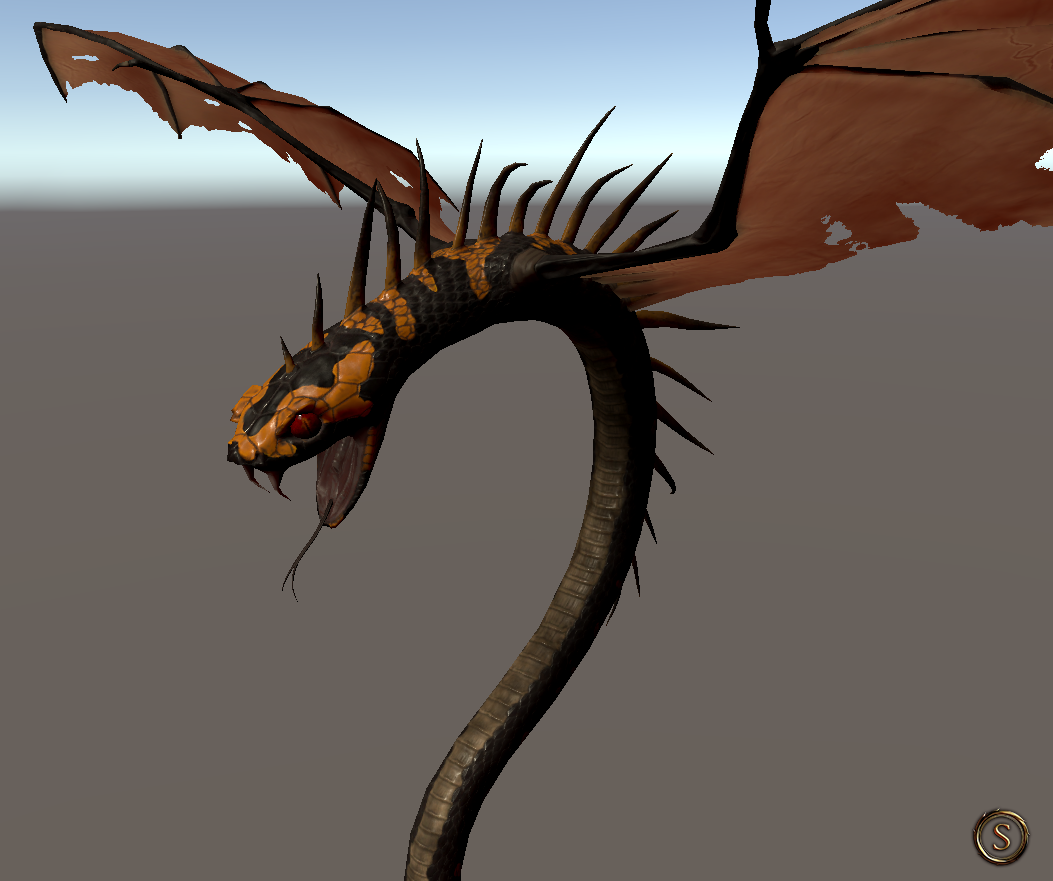 Isn't it somewhat adorable? No, no it is not.

Y'know, the more I look at it, the more I'm thinking: "Snakes should be one of those things that should never fly. Ever."

Boy oh boy more Pathfinder by Owlcat Games! If you're a cRPG fan and you haven't checked it out yet, you have 2 weeks left before their Kickstarter Campaign is over. For those of you who are D&D fans but aren't familiar with Pathfinder, it is a ruleset that is very similar to D&D 3.5e (after all, it's based on it) but with a lot more classes, feats all over the place - and that's just the tip of the iceberg.

And if you were a bit on the fence because it's RTwP (Real Time with Pause), Owlcat just announced that they would be adding an official Turn-Base mode! Hsinyu if you're out there, know that your efforts in creating a TB mod for Pathfinder: Kingmaker made a whole lot of people happy once again. 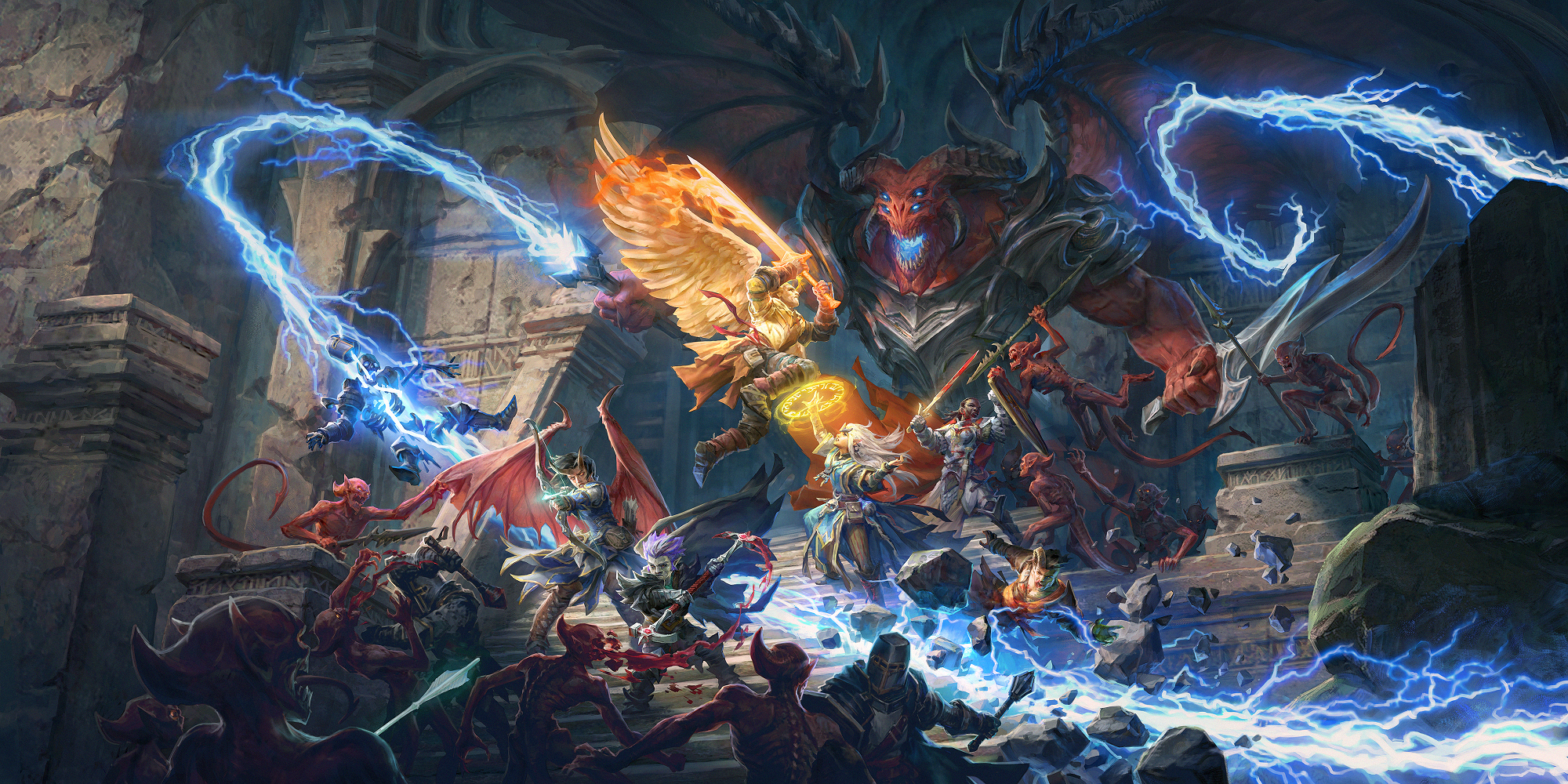 Let's honor our new tradition of ending our Dev Update with some fun bugs we encountered during the month. Today, we'll have to honor once again our Lead Animator who somehow managed to make our tools do things they aren't supposed to do, creating uh... very.... interesting results.

We're on our way to recreate Gollum.

Alright, hope you enjoyed today's big update. See you next time for some more information on Solasta!

Cool! I'm looking forward to learning more about the pantheon of Solasta.

Oh my! I love these updates! Give waaaaay more than most game developers do. Really feels like we're involved in the process!
Give my regards to the Animator though! He deserves a sandwich and a cup of hot coco for that half elf!

I vote Minotaur, and humbly suggest you allow us to harvest them for steaks.