How are you doing? It's February already, and we're starting to iron out the first few hours of our campaign. Let us share with you some of the new stuff we've added to the game! Also, don't forget that the votes for the next mayor of Caer Cyflen are still going strong! If you haven't already, make sure you do your civic duty and go vote, citizen of Solasta.

Back in mid-November 2019, we shared with you a concept art of our World Map - which would be used to go from location to location. For those who may not have seen it or simply don't remember, here is what it looked like: 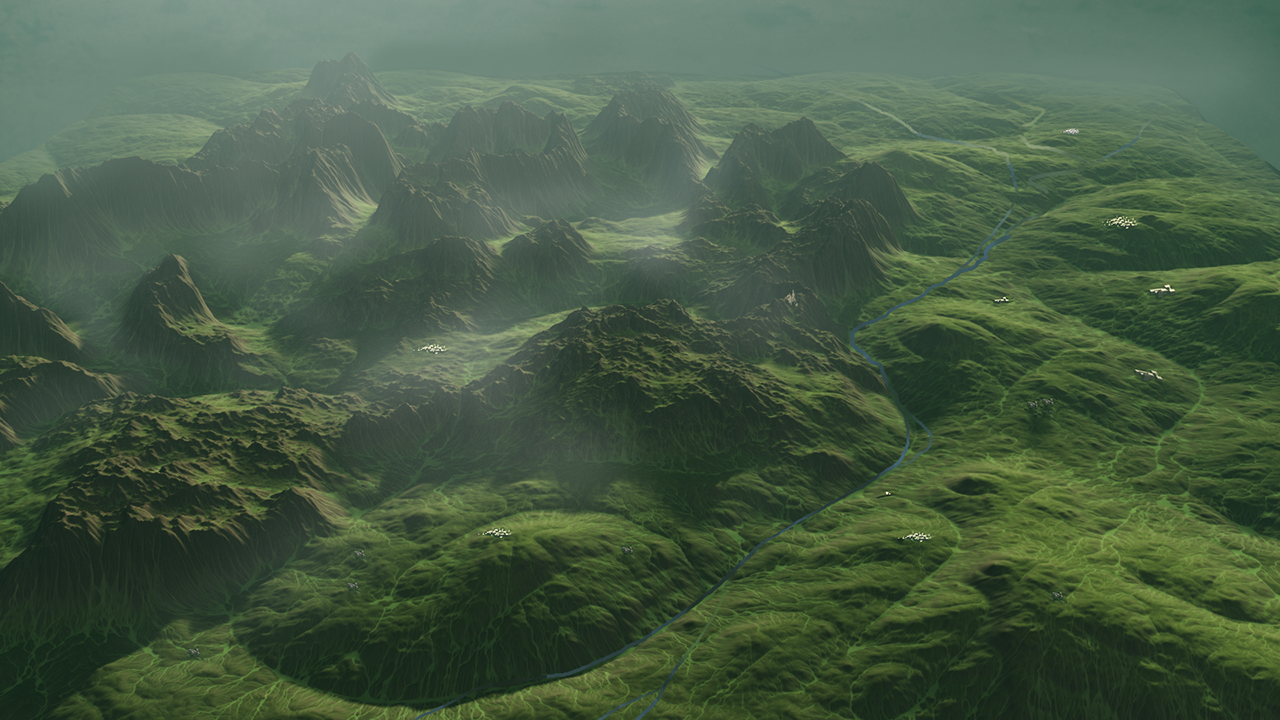 Today, we're happy to show you the first iteration of the World Map... in-game! Of course, there are still tons of adjustments and polish we need to do, but it's finally here and it's functional. Next step, implementing random events and encounters!

And we're experimenting around with the Day & Night cycle as well!

Say That to my Face!

If you paid attention to all our screenshots so far, you might have noticed (DC 10 Investigation Check) that we're always using Garrad, Violet, Rhuad and Vigdis. And to a lesser extent, Lena and Dek - the two scavengers you met at the entrance of the Ruins of Telema. This was mostly because we didn't make any additional faces yet, as we were mostly focused on creating new monsters, doing research on armor and the like. However, these days will soon be over!

Here are a few of the upcoming faces for PC and NPCs! And don't worry they won't all be bald, we'll have hair too I promise.

New faces are not the only things we're adding these upcoming days; we're also bringing new armors and clothings onboard! Adventurers will soon be able to select from a new and improved range of armors, as well as remove their protection without going nude. Not that running through the prison tutorial with a nude character wasn't funny the first few times, but we're pretty sure it would a bit of an issue if we were to release the game in that state. 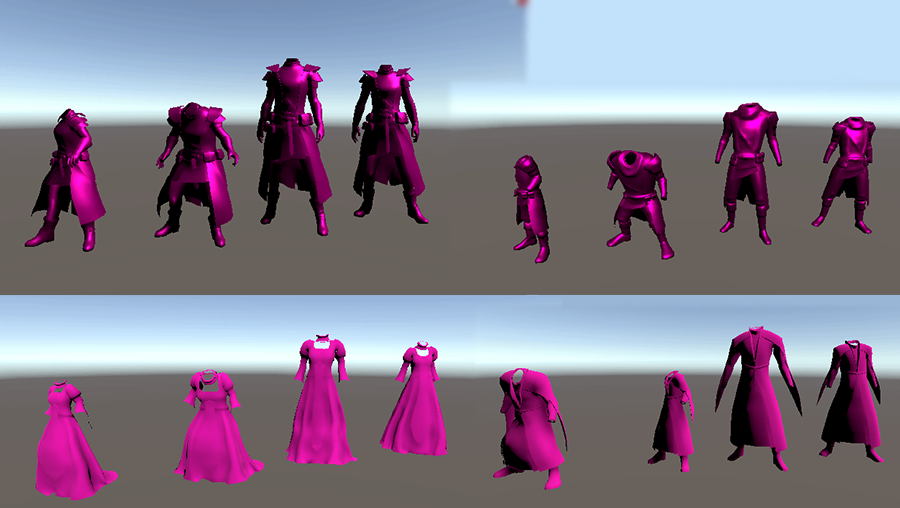 You might be wondering: "Why are they all pink?" The answer is pretty simple - we still need to add some textures! Not that we dislike the color mind you, but I don't believe adventuring in a shiny pink armor would help with those Stealth checks. Here is an example of what they should look like after we're done adding textures: 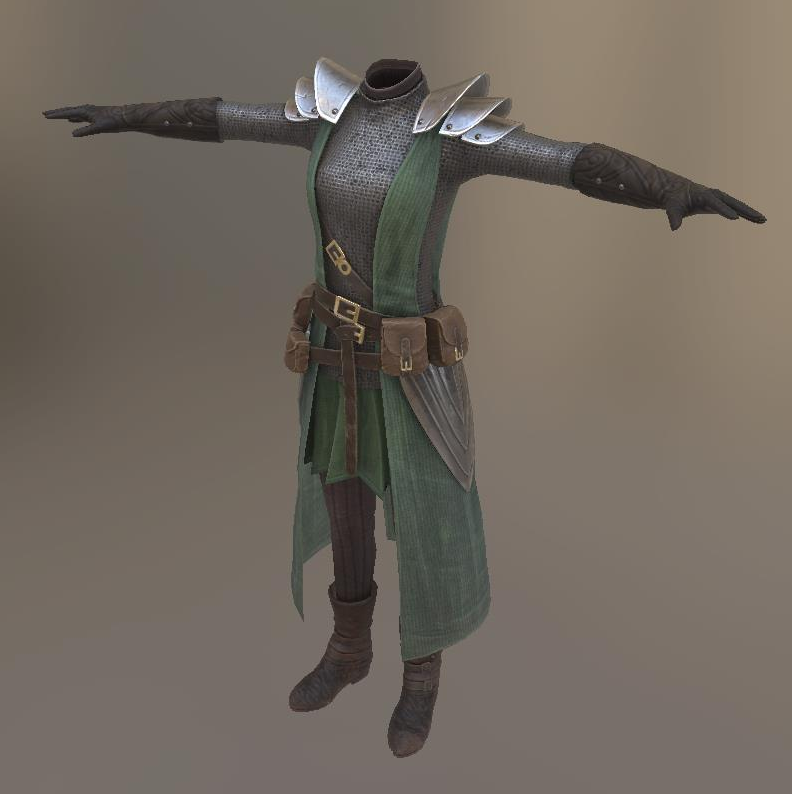 Cutscenes have always been an important part of our game, as we want to avoid throwing lengthy block of texts at our players every time they encounter a new NPC. Note that some games out there do the latter very well - we're not saying it's a bad thing per se - however it is not what we're going for. This is why we've been doing a lot of work to improve our cutscenes: tweaking facial expressions, experimenting with more camera angles, looking out for tiny details that would sometimes throw characters into the uncanny valley... We're no AAA studio, but you can be sure that when our community shares negative feedback with us, we'll lend an ear and attempt to fix the issue. 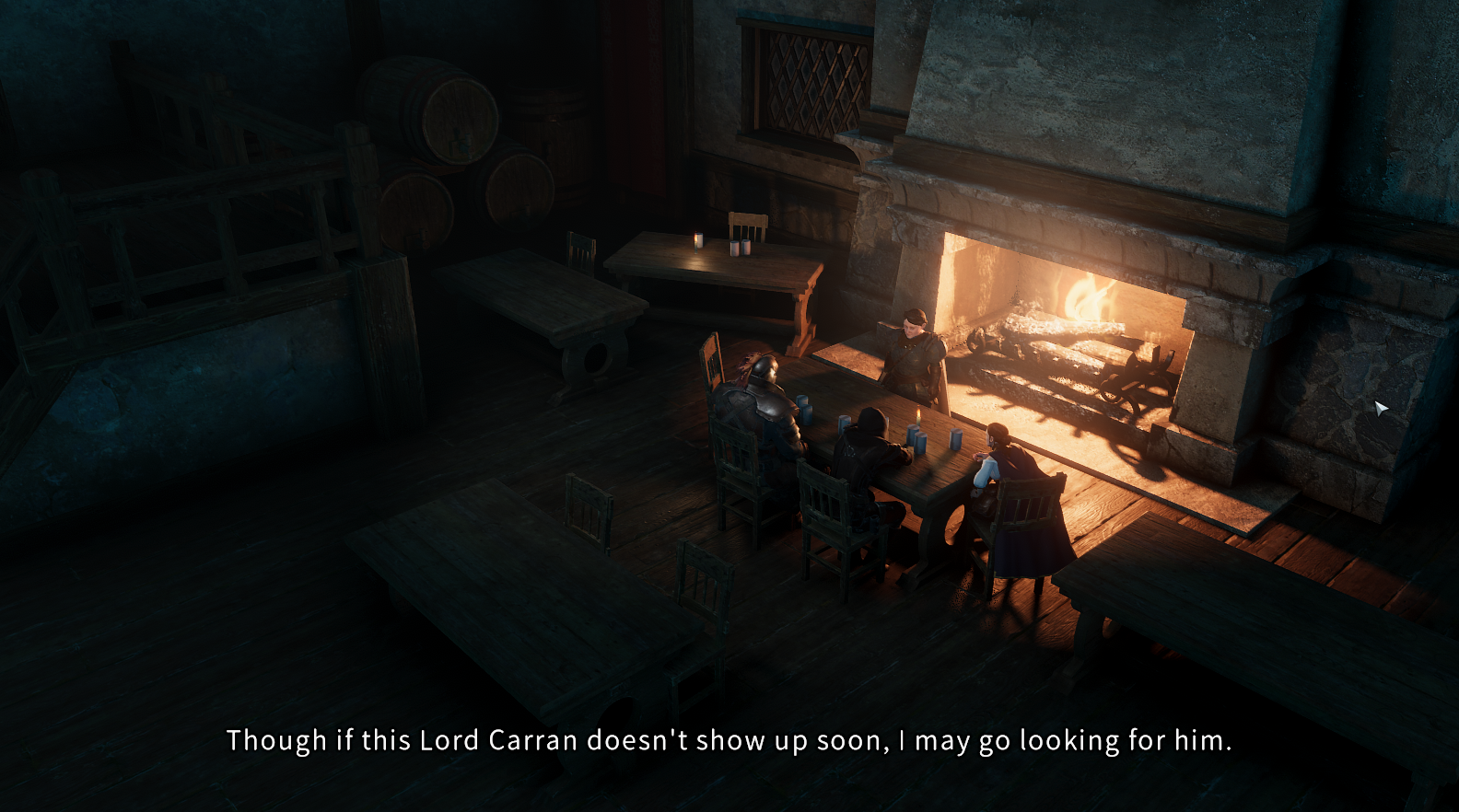 Ignore the toilet paper tubes on the table, we shall have real ale mugs soon enough.

The Forums will soon Level Up!

What's this nonsense? The forums? Level up?

That's right! We wanted to add a bit of flair to our good old forums, and in the coming weeks we will roll out an update to allow you to gain XP when commenting, level up to gain new avatars, and get fancy titles and trophies for participating in contests! 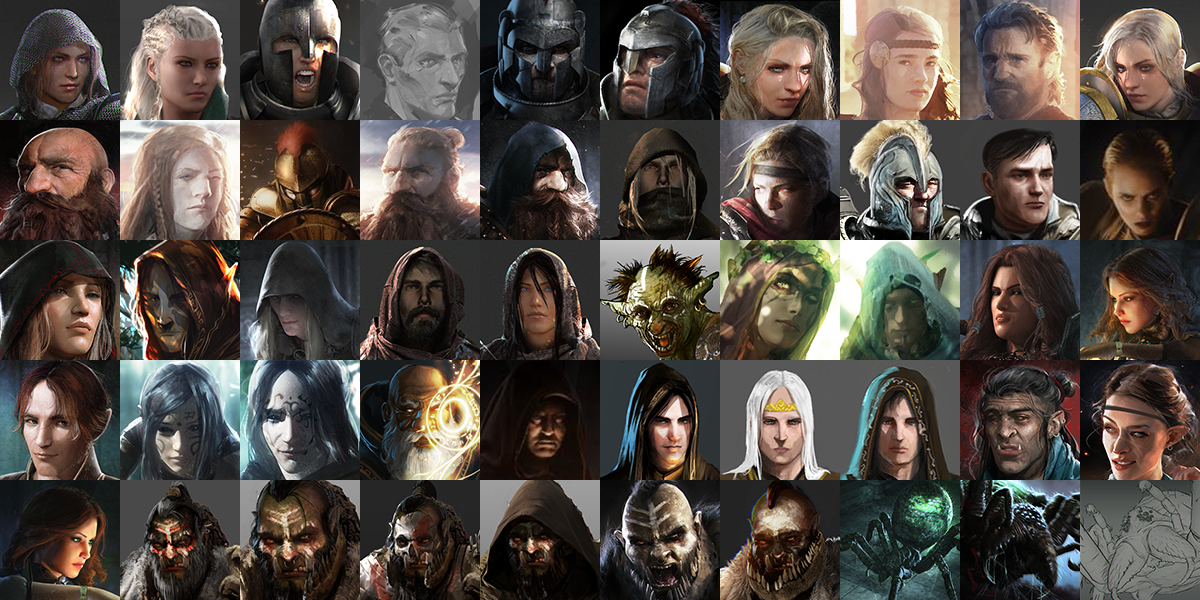 Here are all the avatars you'll be able to unlock once the update goes live!

Ahhhh, we're finally done with this week's Dev Update. Or are we? If there's something I've been wanting to do for a long time now, it's to share a few bloopers every now and then showing the... little mishaps of development. Small screenshots of bugs that are shared in the company's chatroom, gifs of random tomfoolery (often driven by our Lead Animator, much to everyone's delight). I hope you enjoy them as much as we did!

For some reasons the NPCs bugged out and were all lying face down on the ground, making the cutscene a little awkward

Our Lead Animator, happily sharing the results of his latest script

That's it for today! Hope you enjoyed our Dev Update, see you next week for the result of the Mayor's Vote!