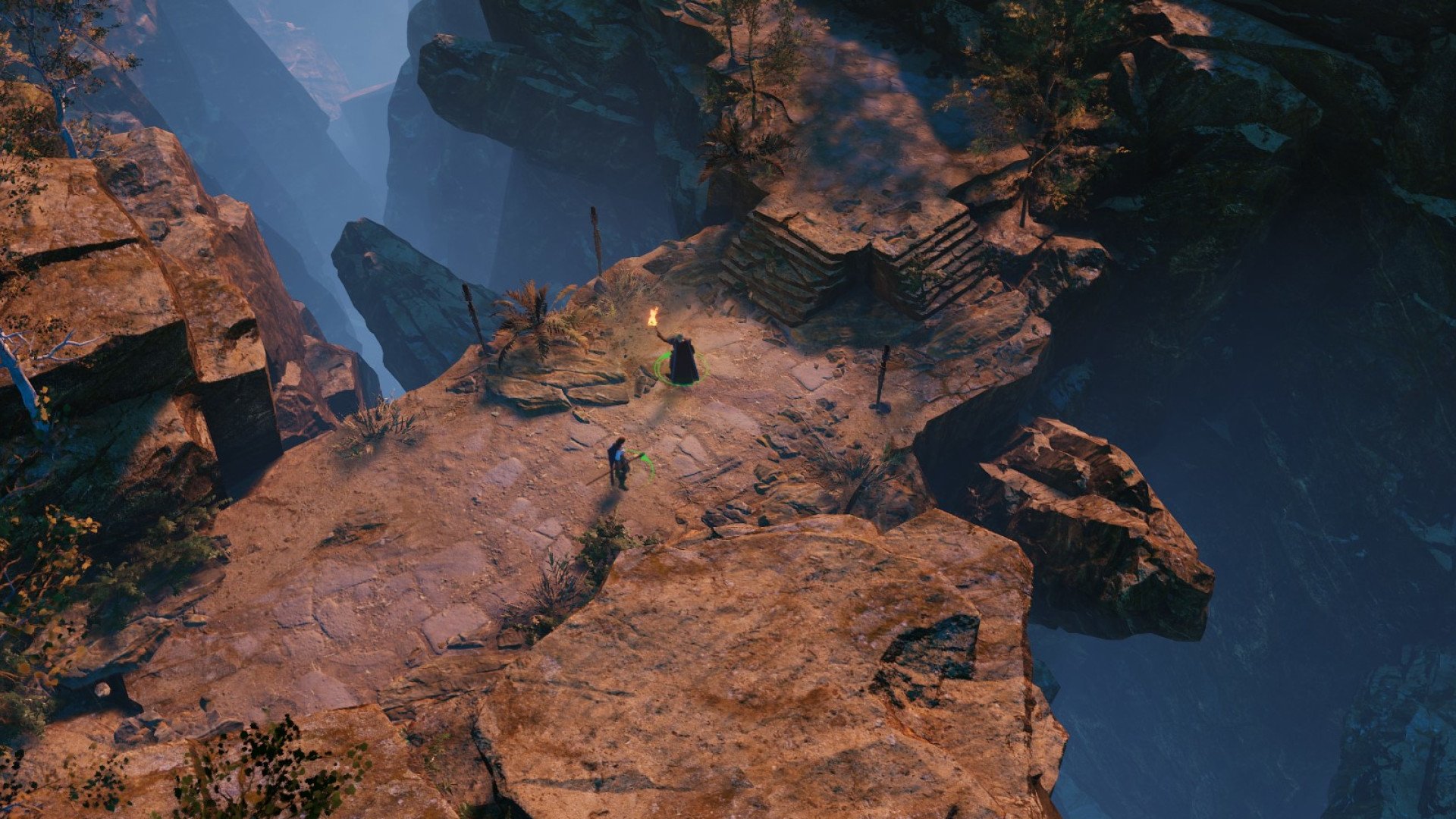 The current situation may not be ideal, but it's not going to stop us from making our scheduled Dev Update! We hope you're all doing well out there - on our side we've all switched to working from home. The good thing about being a small team is that it makes us a bit more agile, so we're still able to make good progress on Solasta as we speak! 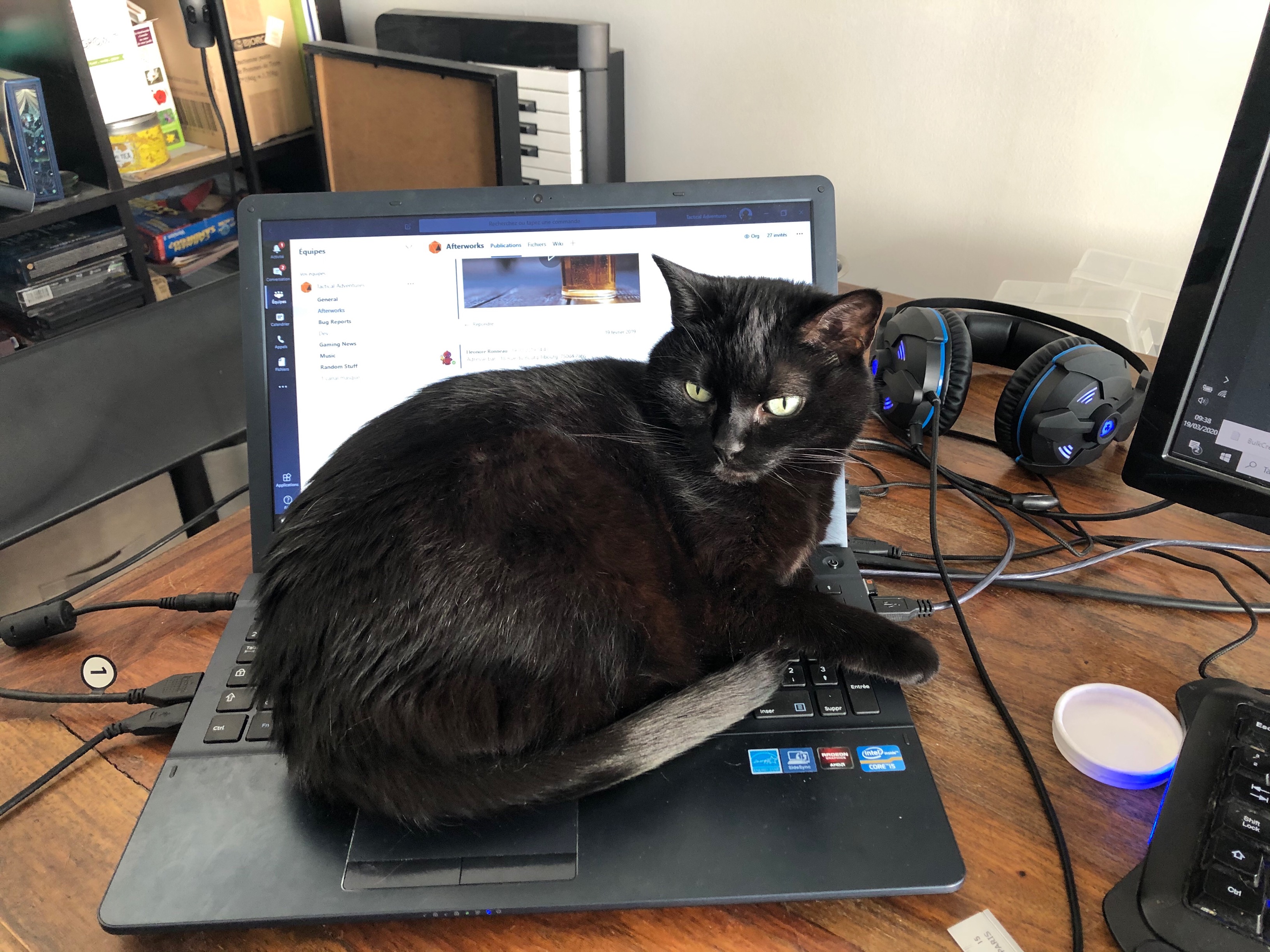 As you can see our productivity remains unaffected.

Little reminder: you still have one week to submit your Magic Weapon Design for a chance to have it implemented in-game at launch! On March 31st, we will select our favorite submissions and the voting phase will begin! 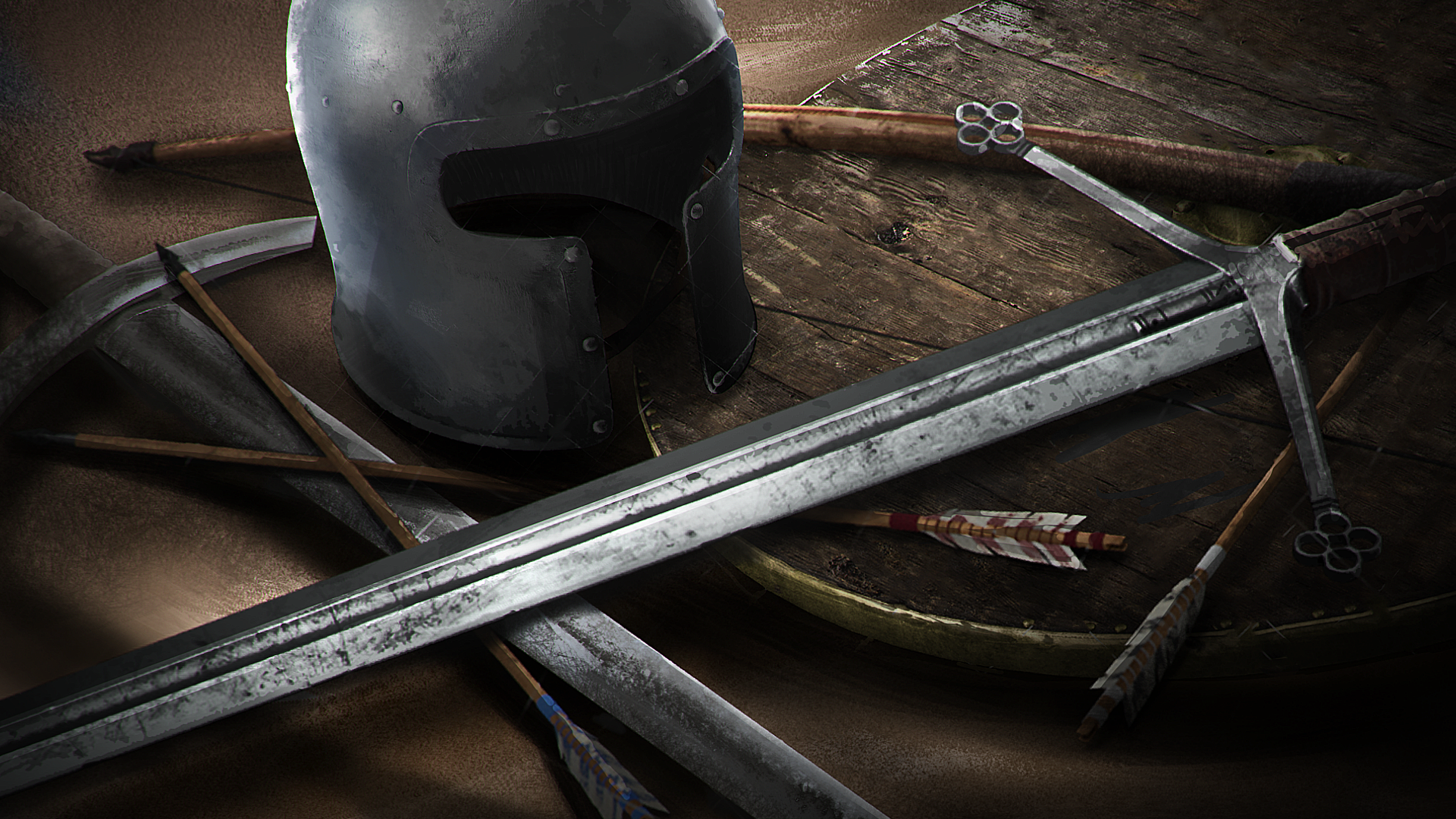 Don't miss your chance to make your magic weapon a reality in Solasta!

We all know it's been forever since we've released gameplay video footage of Solasta outside very short gifs in our Dev Updates. Thing is, you always wonder: when is your game "good enough" to show to the world? Is the lighting too strong here? Does this bug really look bad? Will people understand that X and Y are temporary? So on and so forth.

However, with the Steam Game Festival: Spring Edition making its sudden appearance and Solasta's Pre-Alpha Demo once again being available (although not anymore, the event ended yesterday morning), we wanted to make sure people understood that the game had evolved since our Kickstarter. This is why we made a short video bundling quite a few previously unavailable features on Twitter last Friday, which you can enjoy in Full HD here.

Combat Footage, Ready Action, Character Creation and World Map Travel, make sure to enjoy it all!

What is this Spell?

One feedback that stayed with us ever since we released our Kickstarter Demo was that Spell Icons were not clear. You would look at your spell bar and go "alright, I'm pretty sure my cleric should have cure wounds, but where is it..."

Aside from a few of them that are fairly obvious, would you be able to name all these spells from their old icons alone?

While they all looked quite beautiful (at the very least I really liked them), our Art Director decided to change the art style of our spell icons - to improve glance value and readability. Here is a side by side comparison of a few of these spells, which are all going to receive the same treatment in the coming weeks.

It's hard to deny that the new ones are much easier to recognize.

Speaking of spells, we've just added Fog Cloud to the game. Time to obscure those lines of sight!

You've seen quite a few updates on our Character Creation Tool, and today's Dev Update is not going to be the exception! Our goal is to have it completely done soon, so we can set it aside and focus on other parts of the game. 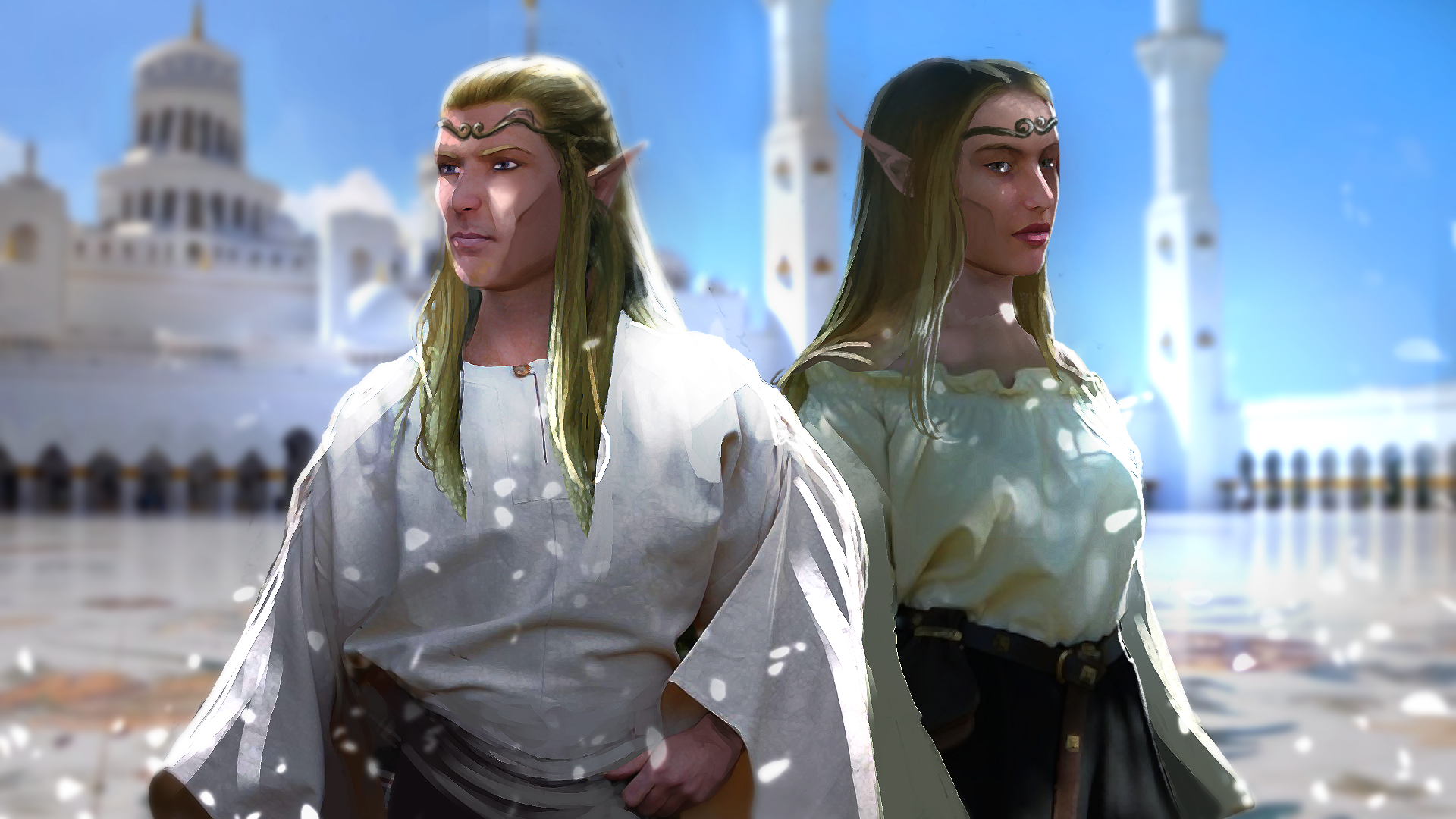 The High Elves join the fray in our Character Creation Tool... 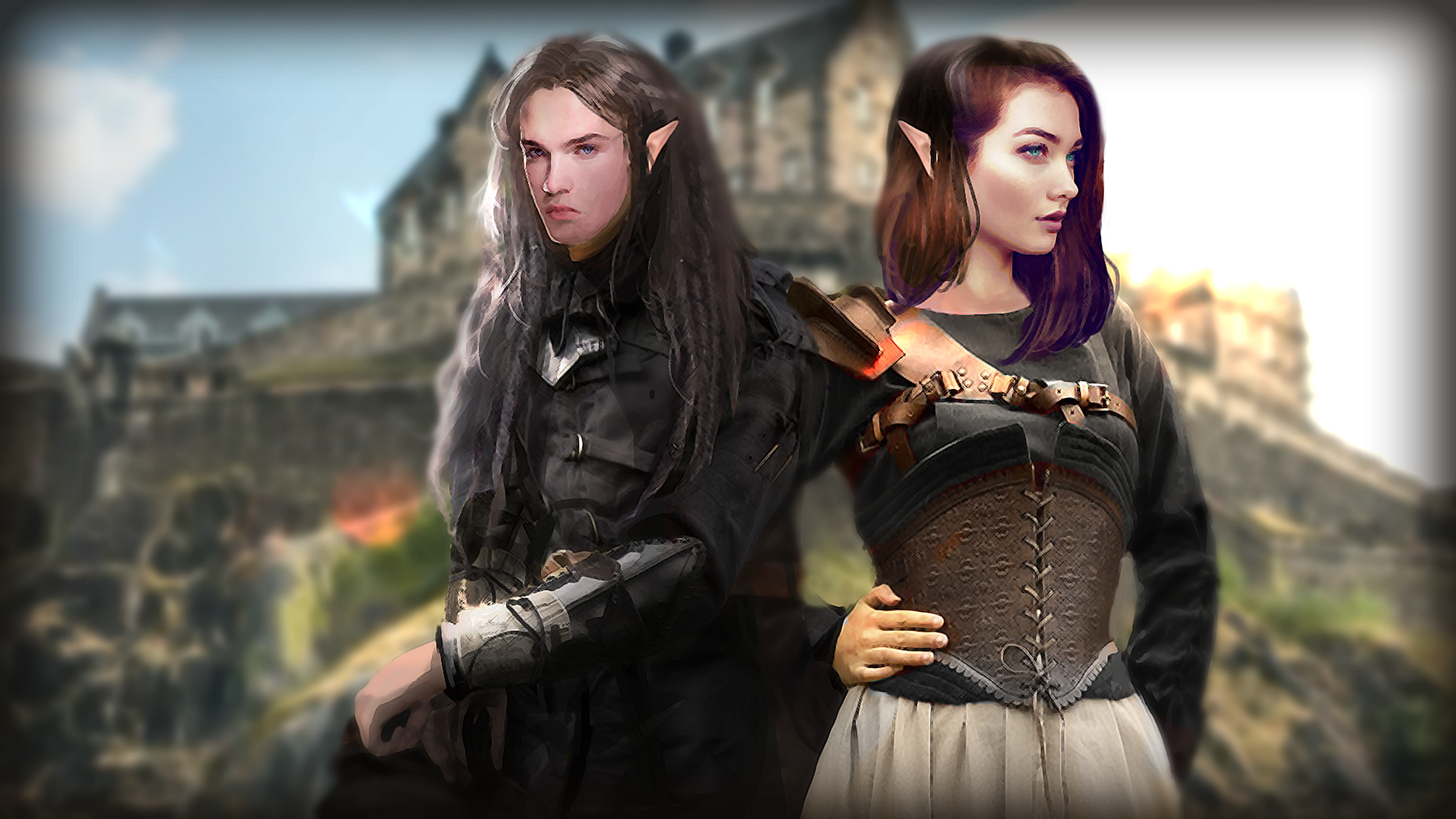 And so do the Half-Elves!

Now all that remains are the Island Halflings and the Hill Dwarves, and we should have a complete lineup for our races!

One Snow Alliance Embassy, ready to go! Here is how it looks in-game compared to its original Concept Art. 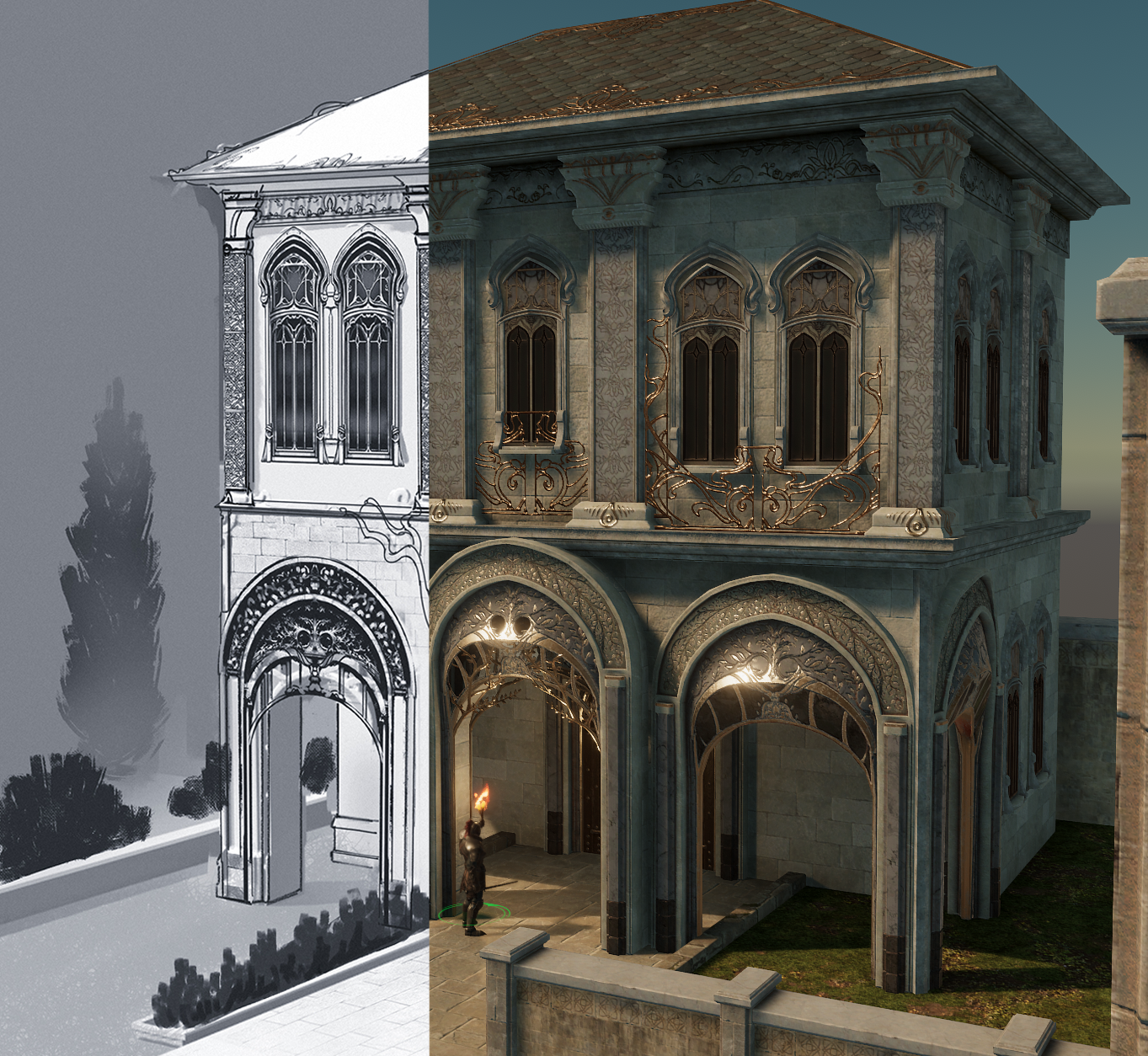 We'll also share with you a couple of screenshots of an external location that your party will have to explore fairly early in their adventure. Watch your step, you don't want to fall in that ravine...

Our second flying enemy just joined the roster of foes you'll have to face. Give giant eagles a warm welcome!

Tactical Adventures assures you that no eagles were harmed in the making of these gifs.

You may have noticed the lack of Thunderwave so far in our Spells FX updates. Truth be told, we did have Thunderwave in-game (you may remember it was available in our Pre-Alpa Demo) - but the format wasn't quite right. The spell was automatically centered around the caster, which a few players made sure to inform us about! So we fixed it. And by that I mean, we introduced a new bug while doing so. Here is a little demonstration of what happens after you get hit by Thunderwave.

We also just hit 2,000 followers on Twitter, which was the perfect occasion for me to sneak behind the back of our Producer and ask our Lead Animator (father of many horrible and hilarious gifs) for a little something for the occasion. And trust me, he delivered! Alas, poor goblin - you were never supposed to do things like this.

Goblins doing thumbs-up, check. I may yet win this bingo game.

That's it for today! Hope you enjoyed our Dev Update, see you next week for more Solasta goodness!

The spell Fog Cloud with the volumetric effect is awesome!!!!