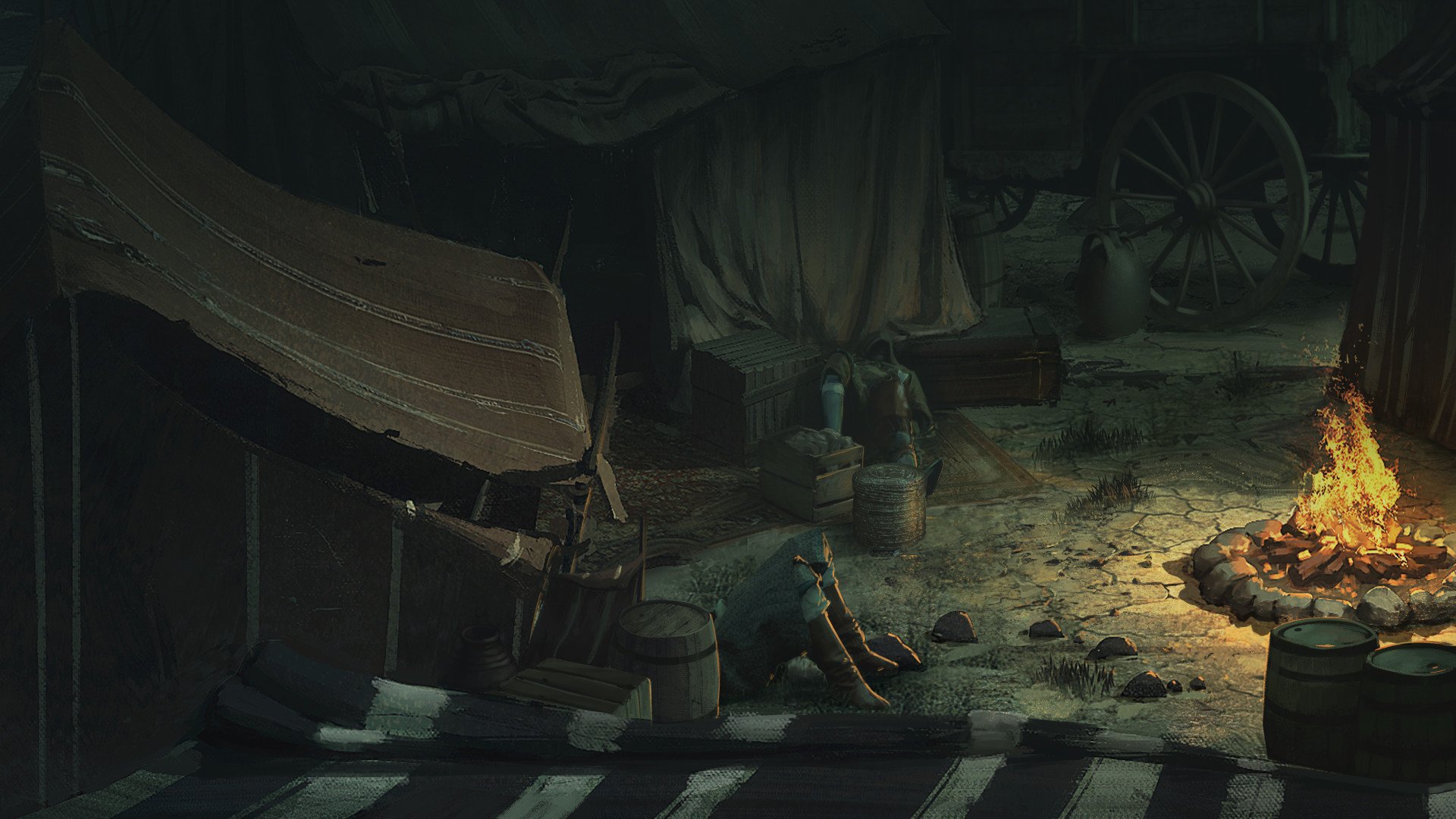 Hope everyone is doing all right out there. On our side we're hard at work with Act I, and we'll soon start cracking at Act II as well. Also, as we'll still be working from home for quite some time, here is a bit of love to our companions who now have to live with us all day long. 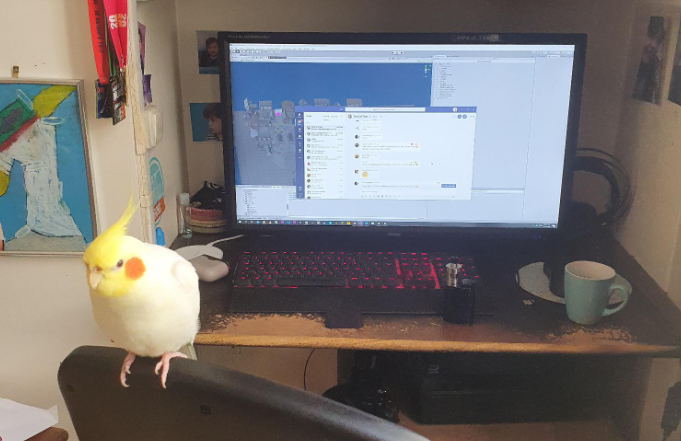 Gimli loves to invade our morning stand-up meetings with his peppy chirps.

Little reminder: you still have one week to submit your Magic Armor Design for a chance to have it implemented in-game at launch! On April 28th, we will select our favorite submissions and the voting phase will begin!

Time to craft your very own your magic armor in a video game!

As our Designers work on creating fun and challenging levels, we have a constant need to create and implement new systems to make their dreams a reality. Well, I say that but sometimes it's something as simple as needing a door that opens when you activate a lever. Or a trap that activates when you walk on a tile. Almost every interaction needs a system behind it, which is why our Programmers will never be out of work!

For instance, we have recently been playing around with pressure plates - traps that only trigger when you step away from the plate, and not when you step on it. We've also implemented gadgets that only react to magic - or even magic of a certain kind (such as spells dealing fire or radiant damage). Solving puzzles and opening secret doors won't be a simple matter of succeeding a Perception check!

Here are the new gadgets we were talking about above, ready to be used by our level designers!

Systems aren't only needed to build levels, of course. Another example would be the Party Banter feature that we promised in our Kickstarter Campaign, which just made its debut in-game! It still needs a lot of love and tweaking so that the party members aren't talking all the time (trust me, it gets tiresome very fast), but at least adventuring will be a little more lively now.

Characters will react differently to their party members depending on their personality (and yes, it will be voiced!)

As we're talking about new systems, I'd say it's high time we give you a glimpse of our crafting system! Now before we start, please keep in mind that crafting is not a main progression system in Solasta. It's used to make useful items such as scrolls, potions and poisons - not forge magical artifacts of tremendous power (you're playing a party of adventurers, not a party of blacksmiths). 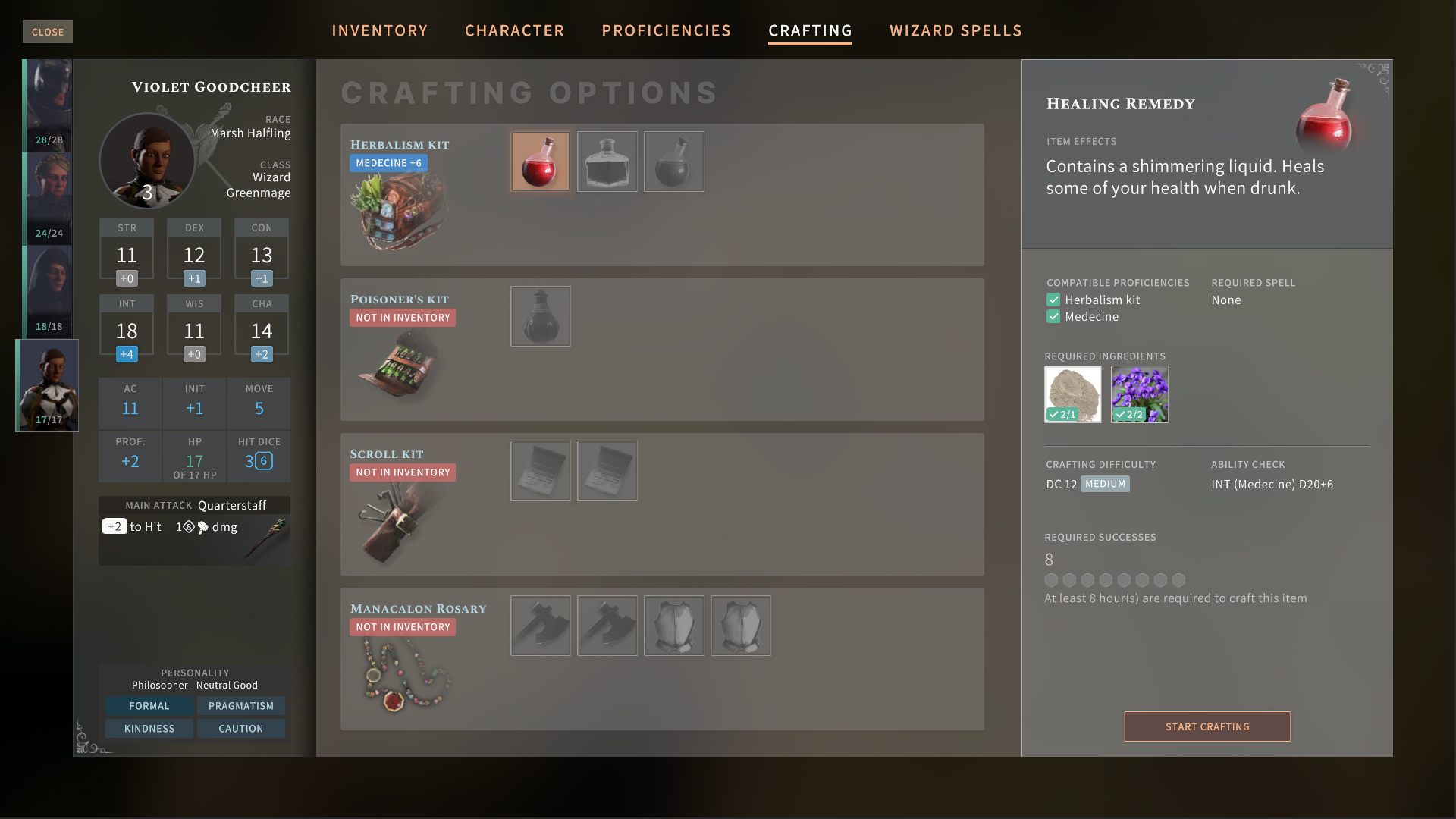 "You youngsters and your healing potions! Back in my day, we drank herbal remedies and it cured everything I tell you. EVERYTHING!"

Crafting is done during downtime when travelling - after setting up camp, adventurers can devote time to various activities before going to sleep, including crafting. Still, remember that as with anything else we're showing you in our Dev Updates, all of this may change in the future as Crafting is still in its infancy in Solasta. 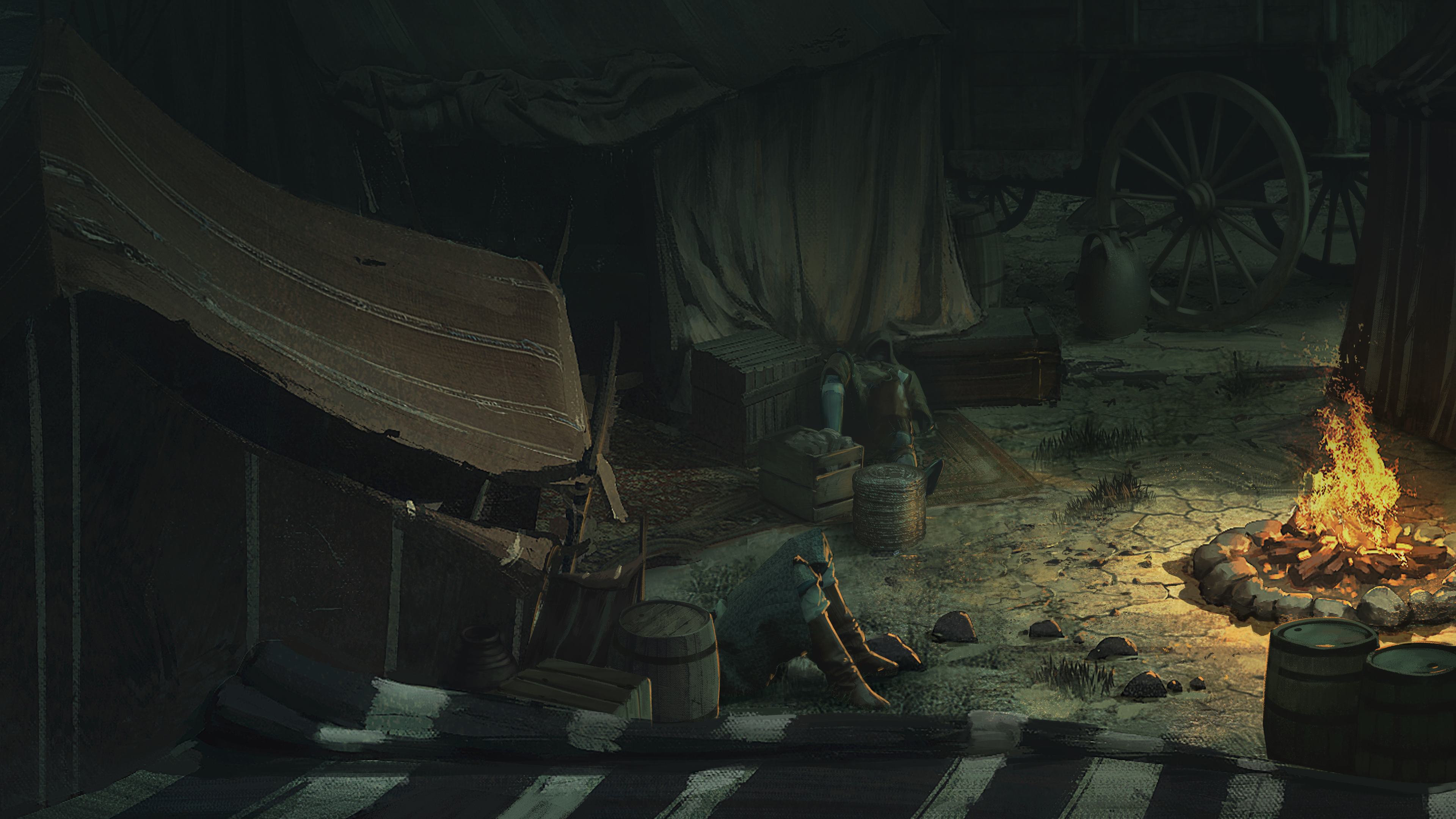 "Can we do a long rest yet? What do you mean we did one just before this fight, my character likes to sleep a lot alright?"

We've also been working on adding merchants to the city of Caer Cyflen. You can see here that your relation with certain factions will now come into play when bartering with them, as a bad reputation may result in shopkeepers raising their prices. The opposite may also apply and who knows, they may even have some special items in the back of their shop for you... 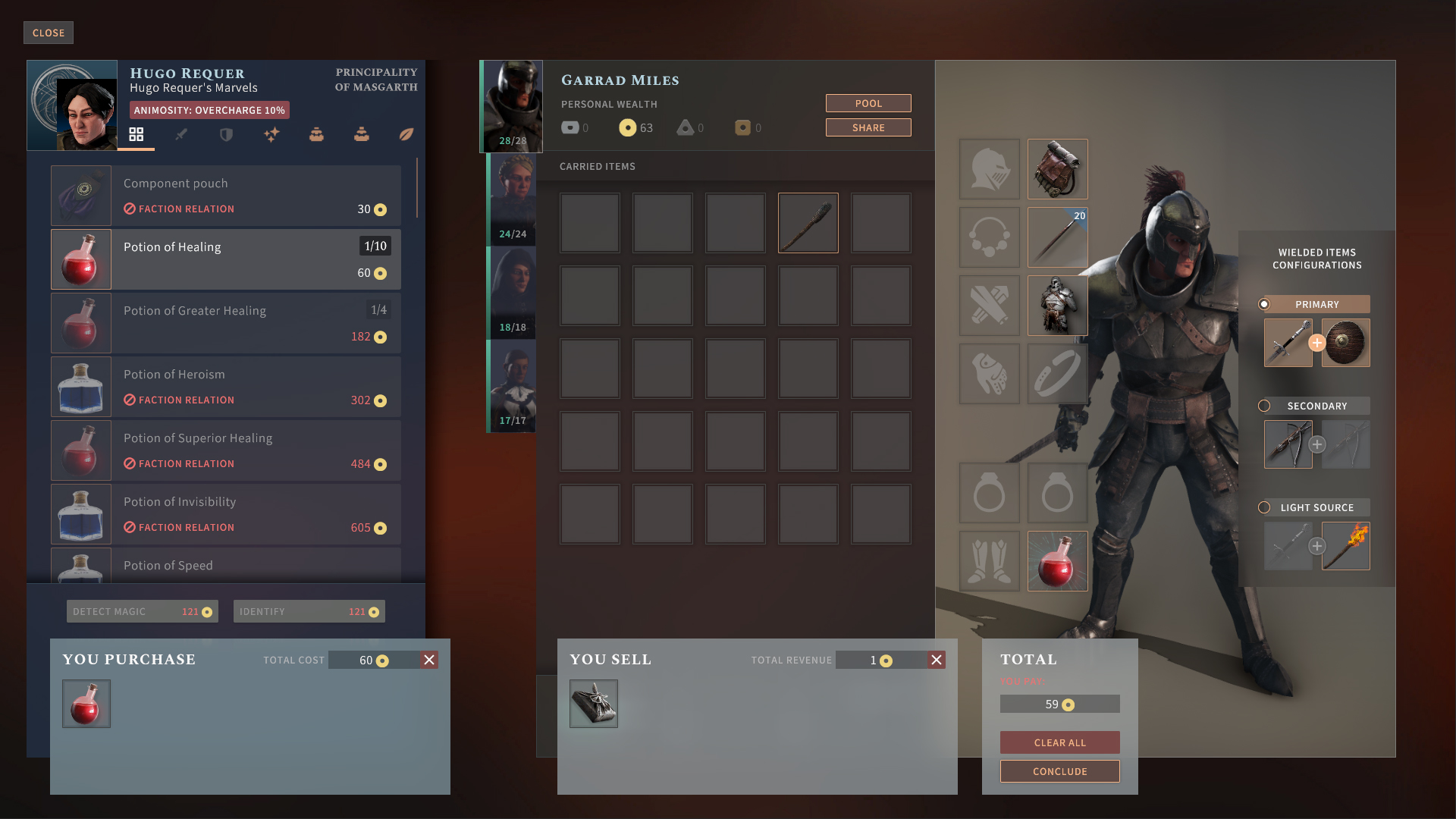 "Hugo, listen to me. I didn't mean to stab him, I thought he was a bandit you see? Now can you stop gouging your prices?"

Speaking of Caer Cyflen, its empty streets are slowly getting filled with life! It's a long process, but we're confident that it will look fantastic when we're finally done with it. We'll even have citizens walking around soon - that may not sound very impressive, but currently every NPC in town is just standing around looking like a tree so hey, progress! 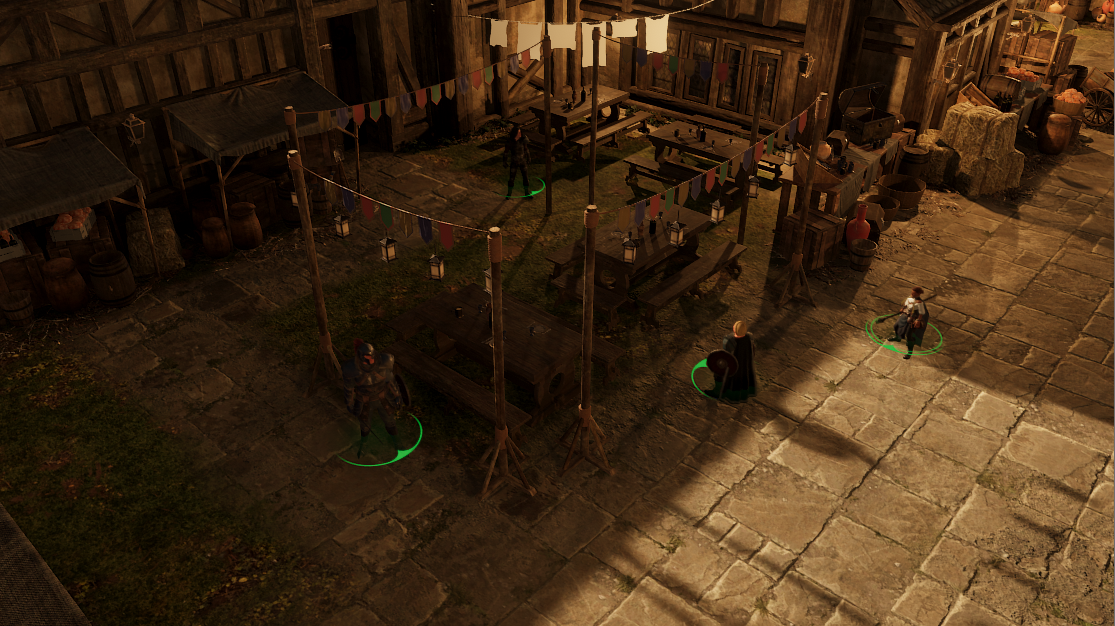 "My dear, you must absolutely tell me where you got pennants that are so white." "Oh, those are just missing their texture."

We've also worked on what towns and locations will look like on the World Map which, again, changed quite a bit since the last time we showed it to you.

This world map is getting more and more eerie at night, isn't it.

Also, since we're talking about towns... 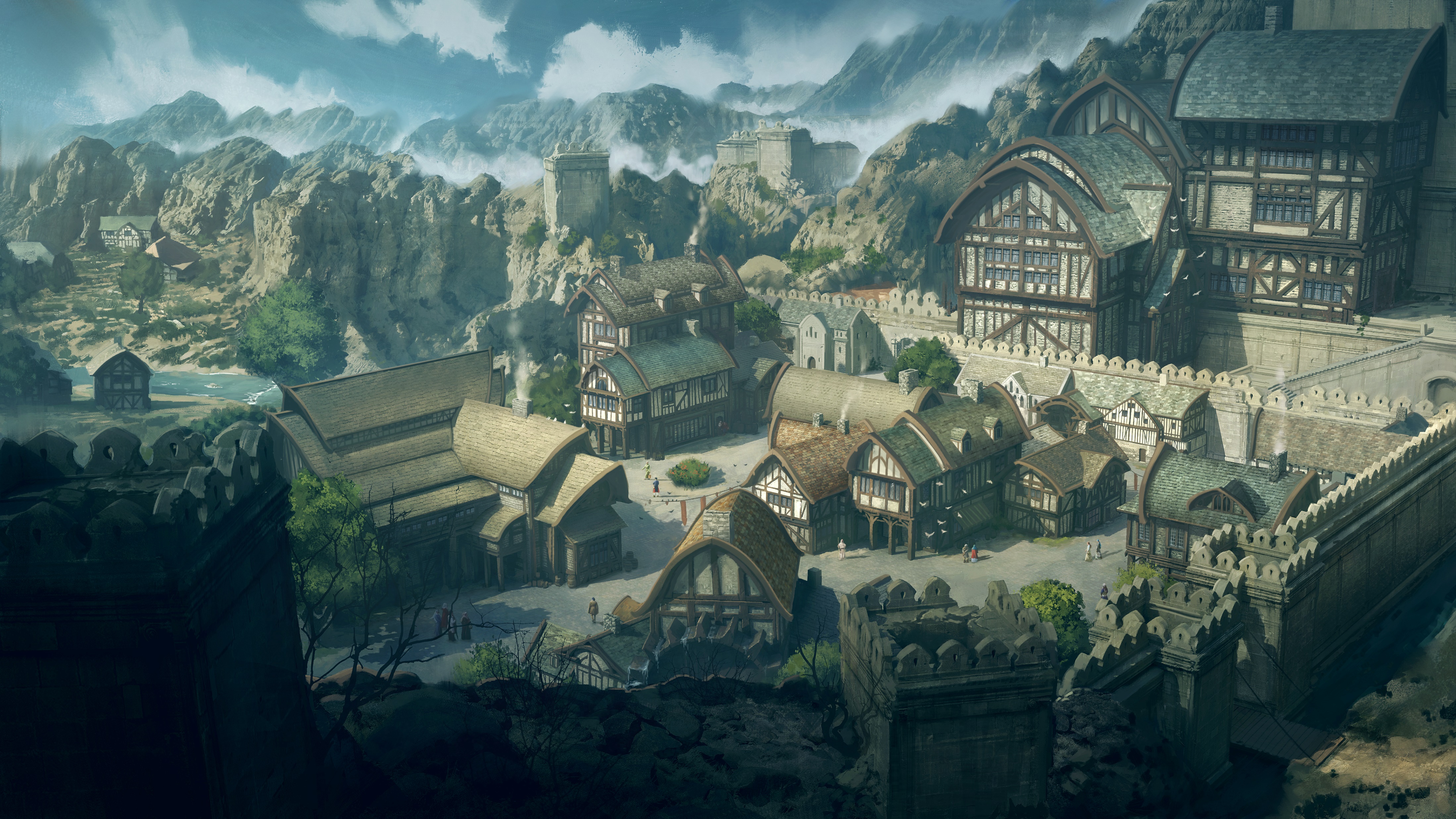 It's a Kind of Magic 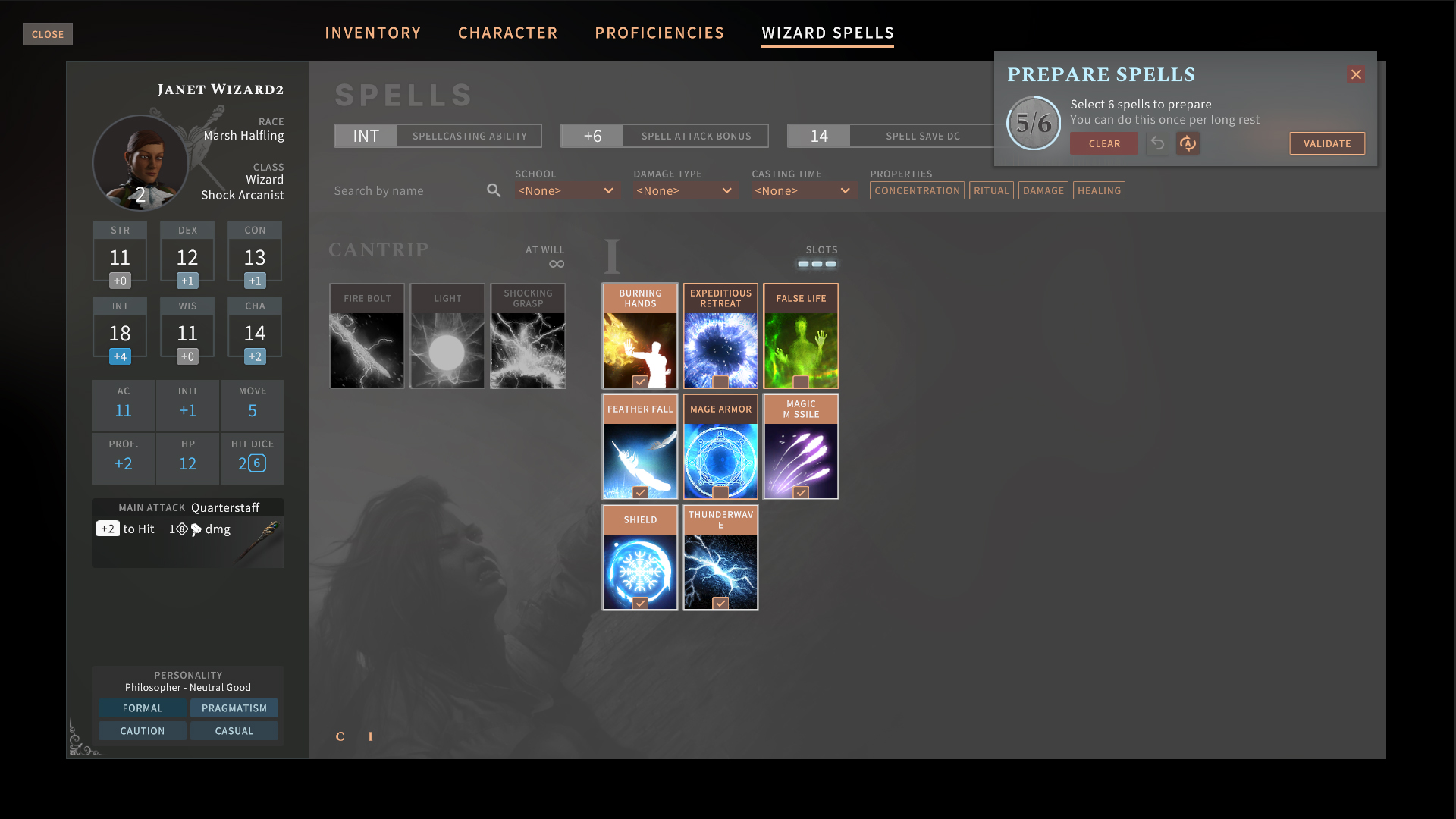 Maybe I'll finally stop preparing only concentration spells too, it didn't work too well last time I did that.

Our VFX artist has also added Levitate and Knock to Solasta. Who said we only show flashy destructive spells? Feast your eyes on these!

Something something "Open Sesame". I'm out of bad joke slots for the day, need a long rest.

As it is often the case, our bloopers this time are once again a result of our Animator breaking things. Although this time he was helped by our Graphic Programmer in his quest to make our NPCs as derpy as possible. 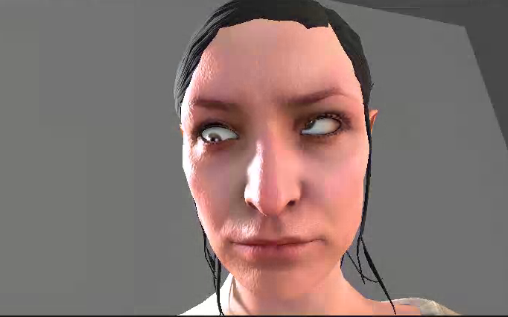 "No, being able to look at two directions at once does not grant you advantage to Perception." 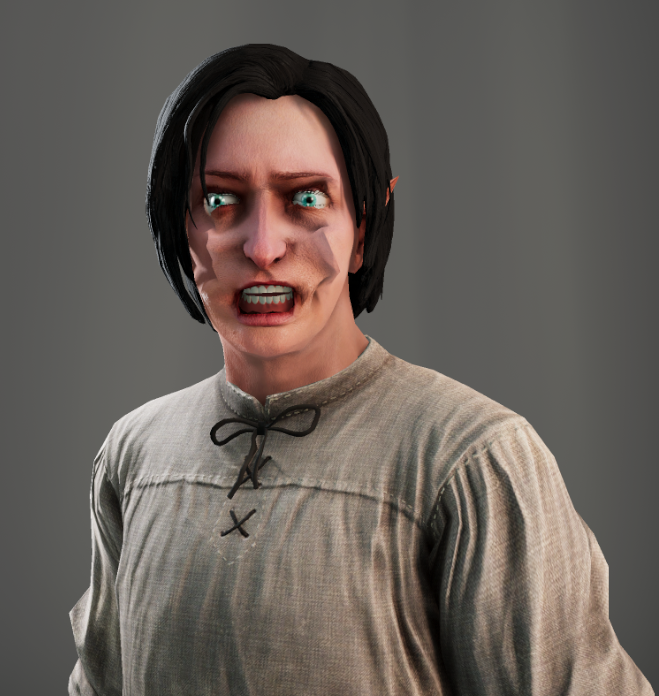 OH MY GOD WHAT IS THAT.

That's it for today! Hope you enjoyed our Dev Update, don't forget to participate in the Magic Armor Design Contest if you haven't already!

Thank you for a really nice Dev update, Tactical Myzzrym!

Thanks for another interesting report with the mandatory horror show at the end. :)

Greetings to Gimli. May he pick the ears of any elves in the office. ;)

So glad to hear crafting is only a minor system, and has to be done over downtime and not instantly. The whole downtime activity thing sounds really interesting!

Appreciate the update! Thanks!

Seems there is a lot of good stuff in the making..stay healthy!

Cool update! Appreciate it. Keep up the good work!

Don't forget to read the feedback from the players in the forums and take those into account in the next update ;)