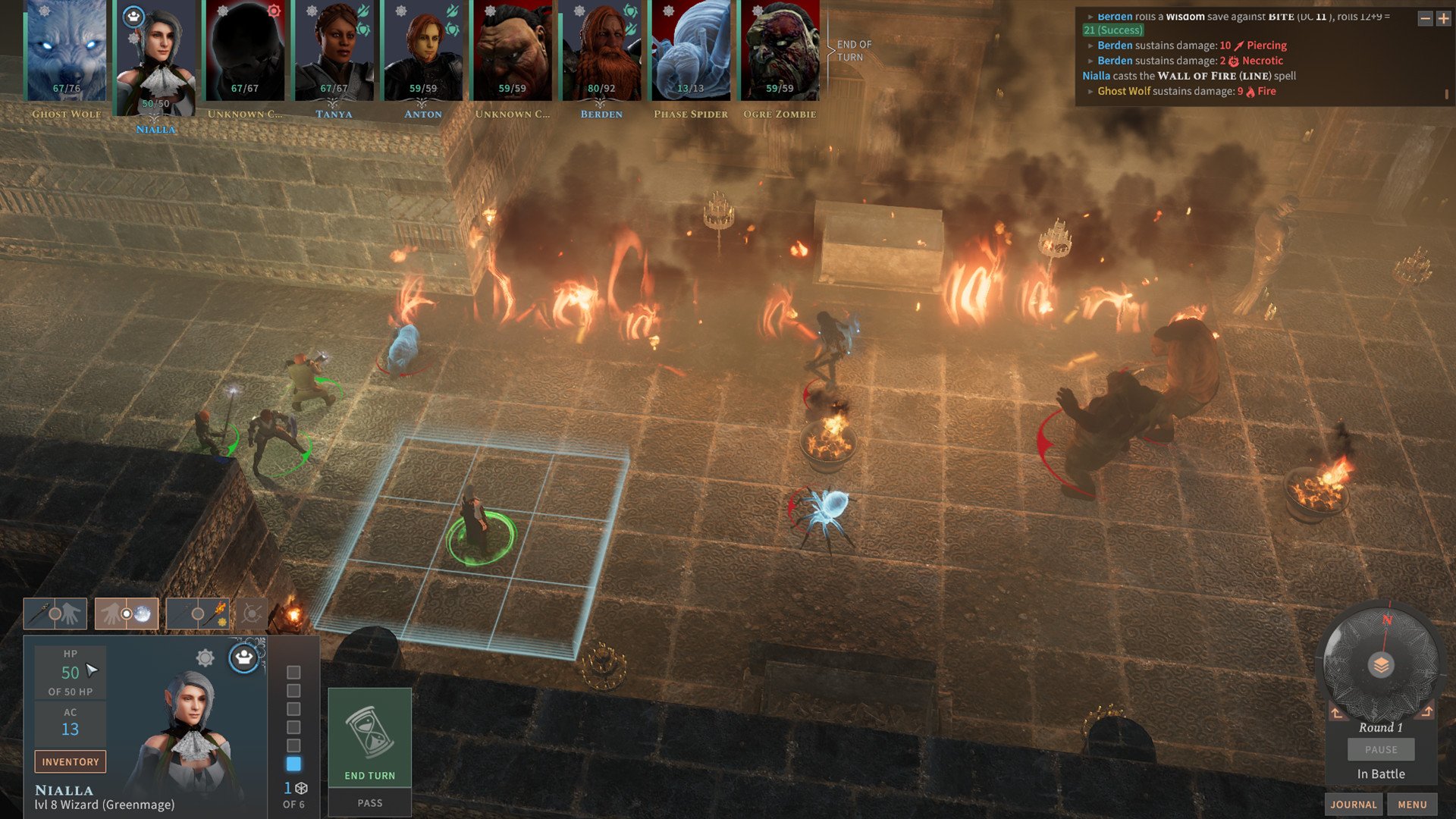 Now that the Dungeon Maker has been revealed, it's time for more good news. We will be releasing a Spring Update soon - in a matter of weeks! Exciting news isn't it, now stay with me for a bit longer to read about the upcoming content that you'll be able to enjoy... At least some of it! You'll have to come back next week for a date and the rest of the exciting changes we'll be bringing to Solasta now that Winter is over! 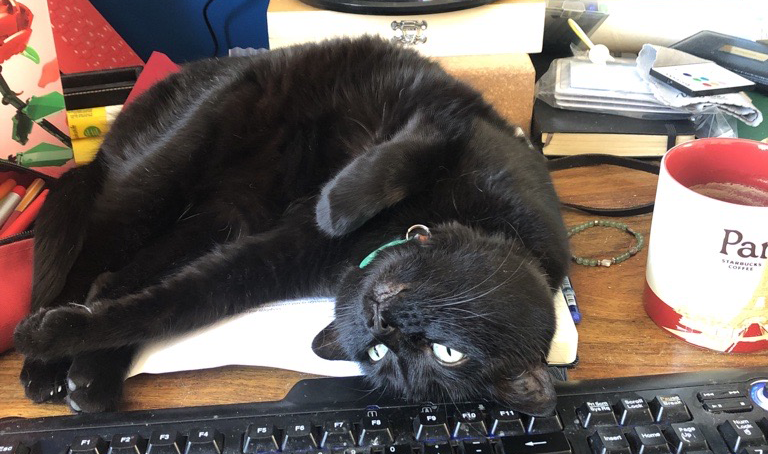 As you can see here, the entire Tactical Adventures team is hard at work to bring you the Spring Update

Unfortunately as you may well remember, we've always said that there might be a point during Early Access where save files become incompatible with a new update... And this will be the case for the Spring Update. As we revamped many systems in the background, we had to break things to move forward.

Now the good thing is, this should be the only time it happens before the 1.0 launch - and on top of that, load times are now significantly faster. Also, we're adding a lot of side content in this new update, so restarting a fresh run will give a new experience where you don't have to run after the main quest!

For those who want to finish their current run, we will put the previous version of the game (January Update) on a separate Steam branch so that you can keep playing if you want to.

Many of you have been asking when you would be able to try out the Dungeon Maker - well, wonder no more! The Dungeon Maker will be included in the Spring Update, and will be directly accessible from the in-game main menu. Keep in mind that we're working on the Dungeon Maker and that it will still be in beta when Solasta 1.0 launches, as we're still prioritizing the main campaign above all! 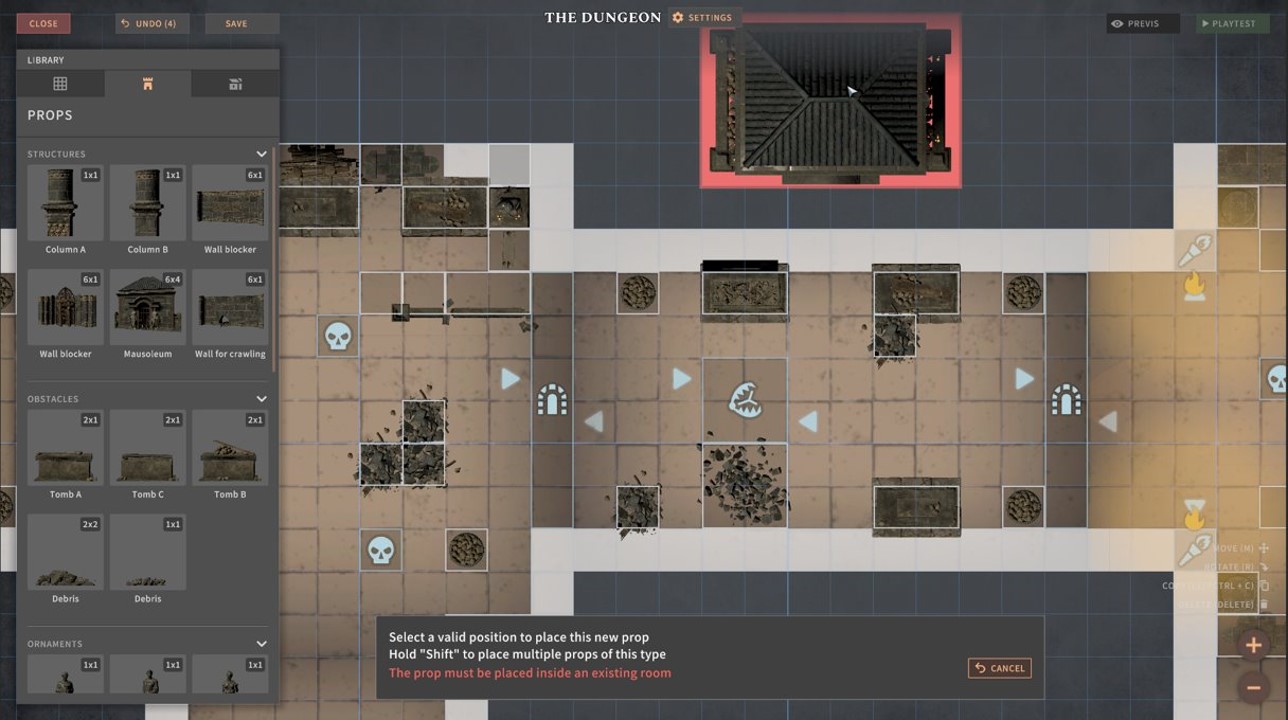 Here's a screenshot of the updated Dungeon Maker UI, which will be available in the upcoming update

As a reminder, you can read more about the Dungeon Maker in our previous article, which goes over several questions regarding the tool. Our interview with Wccftech is also a good source of information as it is fairly lengthy and detailed!

An important feedback we received from players was that most of our feats were just too passive - a flat bonus here and there, but nothing that would really change how you would play a character. So we went back to the drawing board to bring a new set of feats (as well as adjusting some existing ones)! 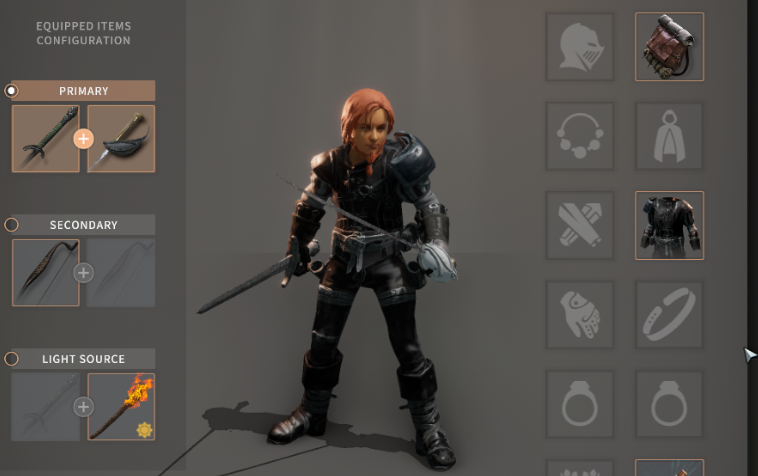 Longsword in one hand, Rapier in the other. With Ambidextrous, those d6 are turning into d8!

Our goal here was twofold - to give martial classes more options to use their bonus action and reaction, and to differentiate weapons playstyle. Dual wielders now have access to Ambidextrous and Twin Blade to increase both their offensive and defensive options, Two-handers can now dish out even more punishment with Follow-Up Strike, Shield users can now use their shield to greater effect against ranged attacks with Raise Shield, and every melee combattant benefits from Rush to Battle to catch up to pesky ranged opponents. Ranged characters can now also have a decent shot no matter the circumstances with Take Aim, and even spellcasters are receiving some love with buffs to Powerful Cantrip and Uncanny Accuracy.

While not everything might be perfectly balanced in these new options, we hope you'll give us plenty of feedback to finetune them - and most of all, we hope you'll have fun with them!

With Follow-Up Strike you get to smash things more often, which in my book is always a win.

The Spring Update will also increase the level cap from 6 to 8, which will unlock the following:

Here's a little level 5 Wall of Flame to warm up the room! (warning: friendly fire may occur)

Throughout the Winter Update we've seen a lot of players struggle against Soraks - and while our reptilian foes are supposed to be challenging, we don't want them to become frustrating either. There are two particular difficulty spikes early on that we identified: one being the first time you face a Sorak party when trying to escape Caer Lem (in front of the firecamp), and two being when you fight a large group of them after the library in the Tower of Magic.

To make things a little more fair, we've removed one Sorak from both of these encounters to start with. Originally we expected the "surprise round" in these encounters to have a greater impact in leveling the playing field, but at the end of the day those fights were still a little too tough. Note that if you find these fights too easy as a result, you can always pump up the challenge by tweaking the difficulty settings that will be added in the Spring Update.

This encounter which previously featured 3 Warriors and 3 Saboteurs (6) is now 2 Warriors, 2 Saboteurs and 1 Skirmisher (5)

There are many other encounters that we will tweak before launch, and not always to make them easier (for instance some of the later boss fights are a little too simple). However, most won't be included in the Spring Update as we want to prioritize finishing the entire campaign before polishing the rough edges. We've also seen some more experienced tabletop players talking about encounter balance using CR. This is definitely something we're keeping an eye on, but keep in mind that fights play out very differently on Tabletop and in a video game. This is why even though some encounters may be considered deadly when checking a CR encounter calculator, they seem very manageable in Solasta - monster AI, unlike human Dungeon Masters, don't adapt very well on the fly, and they can be far more predictable.

Another issue in general with the Soraks is that their stat bloc didn't mesh well with their intended CR level. This is partially because we originally designed the Soraks as if they were a playable race with class levels and such - which is a little bit of an older mindset dating back to the 3rd edition. Consequently, Soraks had similar traits to low level adventurers, with relatively low HP but high defensive capabilities (both AC and Saving Throws) - which were further boosted by the Child of Darkness buff when not under bright light conditions.

That brought up two major issues:

So once again, back to the drawing board we went - this time taking more time in comparing them with 5e monsters of similar CR. As a result, we further fleshed out our different Sorak archetypes to give them more specific roles. Note that these won't necessarily make them easier to face - some may even end up deadlier than before!

You won't be confusing them with each other anymore! Read below for more explanation on what changed

Sorak Skirmisher: The Skirmisher was a little too dangerous for its CR (1/2), especially since it was difficult to catch with its Shadow Escape power and the fact that it hid behind its beefier friends. As a consequence, we slightly lowered its AC, Dexterity Saving Throw, Attack Bonus and Damage Bonus, and its poison now deals 1d4 instead of 1d6. Its role remains to stay far and chip away the party's HP.

Sorak Warrior: Up until now, the Warrior felt like a bigger Skirmisher with very similar stats and slightly higher HP. To differentiate it from its ranged counterpart, the Sorak Warrior is now a big beefcake, with significantly more HP but less AC and a significantly weaker ranged attack (no poison). Its role is reinforced into blocking the party from reaching more juicy targets behind it, but itself will be a little less dangerous than before.

Sorak Saboteur: The Saboteur remains in its role of mobile melee damage dealer, with a nerf to their Dexterity Save which used to go through the roof and a little less poison damage (d4 instead d6) on their bite attack. It already had a fairly defined role compared to the two previous archetypes, as it trades its ranged attack with mobility, Doom Laughter and Call of the Night.

Child of Darkness buff now scales, making it less of a headache to deal with at lower levels

Most importantly we've made adjustments to the Child of Darkness buff, which now scales with the type of Sorak. Low CR Soraks like the Skirmisher, Warrior and Saboteur will receive a smaller buff overall (+1 instead of +2), and only when in Darkness (not in Dim Light) - while higher CR Soraks like the Acolyte will get a small buff in Dim Light, but a larger one in Darkness. Get your torches out folks!

All in all these changes should make fights against Soraks not necessarily much easier, but at least a little less RNG dependent. We invite you to give feedback once the Spring Update comes out to help us further fine tune them!

And what else? What else!

Ohhh plenty more, but you'll have to come back next week to know! Can't have everything be spoiled straight away :D

feat Might of the Iron Legion not giving Heavy armor to character using sell sword for medium armor,

Sparkle not working in necromancer castle.

Love the game nine play groups mixed to all humans and fun with every one.

So much to say, but quite simply THANK YOU!

Thank you for being fair, logical, open-minded, creative, and most importantly, customer-focused.

I can tell you have a great team and culture, I hope you benefit (and feel personally rewarded) for building a quality product.

Can't wait for the spring update! Sad that the saved games can't continue, however since I always started a new one along with continuing the old it is fine with me. And being a dev myself I know how nearly impossible it would be anyway with all these changes! I can't wait to try out the new content AND NEW LEVELS!!

Though will we need to recreate our custom characters or will those be editable now?

I'm really not liking the design concept of "hey if the encounter is too easy, just artificially pump up the difficulty using the new settings"

I don't think that's good design at all.

What a wonderful game. Spreading the word whenever I can.

I know the game is designed with the idea of one feat every four levels, but I'm wondering if a bonus feat (no attribute increases, just a feat) at 2nd level might not be a bad idea to allow players to customize their characters earlier might not be a bad idea.  As it stands now all characters of a given class are exactly the same as all others during the early stages of the game.  Most players have a specific "vision" of their character(s) they work toward during a game and until they have access to feats that "vision" can't even begin to be realized.

Wonderful update!  Thank you VERY much!