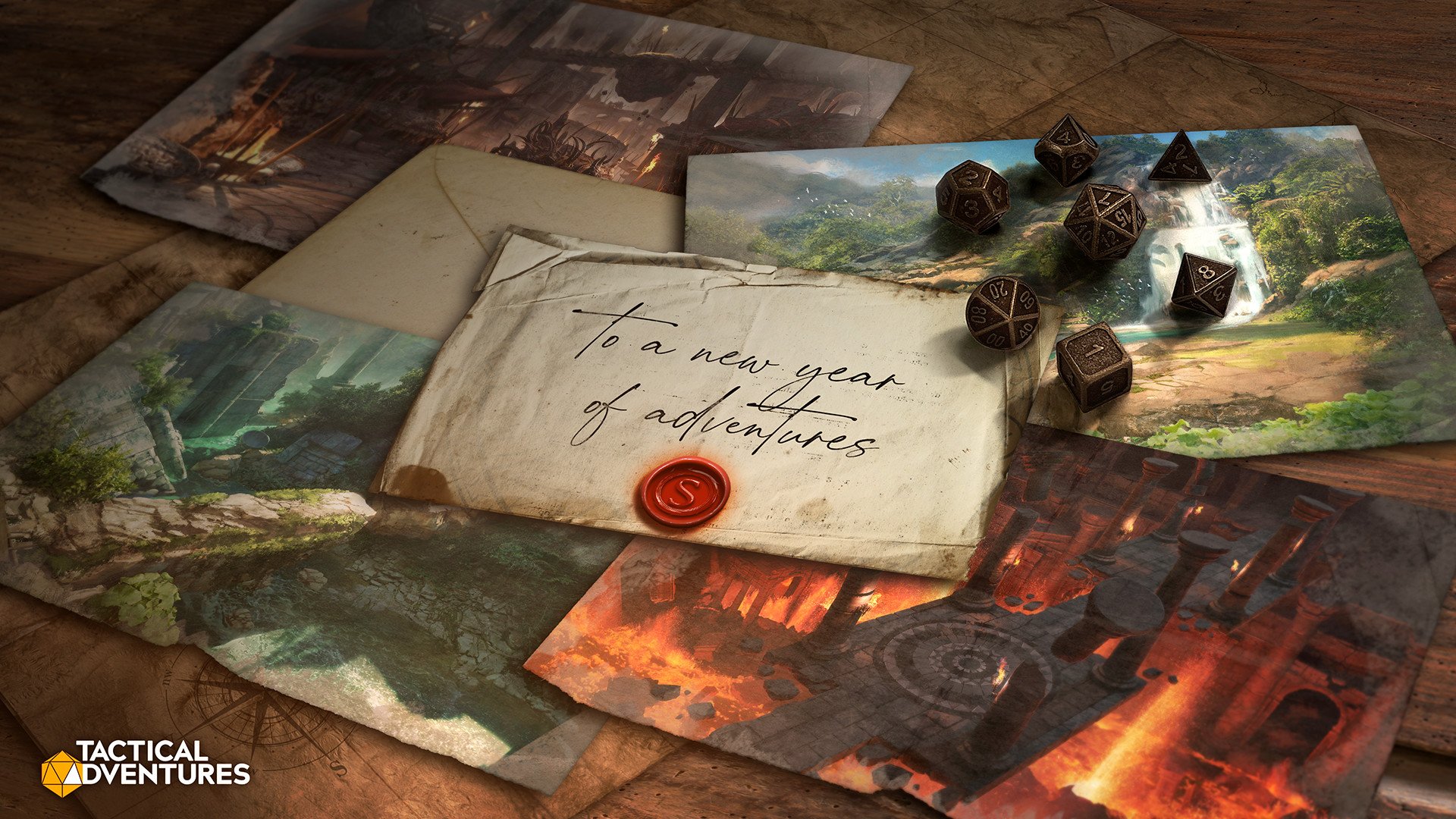 Hope you all enjoyed some quality winter break, hiding under your blanket sipping hot cocoa like I did. In any case Tactical Adventures is back at work, ready to build features, create assets and slay more bugs! And we're not the only ones back either...

Our adorable feline friends are making a comeback too!

What's been cooking since our Winter Update?

You probably noticed, the Winter Update was not exactly bug-free. And while nothing is ever perfectly bug-free - especially during an Early Access - let's not pretend that we were anywhere close to satisfied when we saw the amount of bugs this last update introduced. Which is why we're planning on releasing an update focused on polish next week, which will tackle most of the issues brought up by the community these last few weeks.

The fixes should range from the most problematic ones, such as the one teleporting and locking you into a cutscene after killing ghosts in the Wizard's Tower, to more annoying ones that have been around for a long time, such as fixing some feats which just didn't work. In any case, we'll be releasing the full patch notes when the update drops as usual!

Honestly? We're not certain. As some of you already know, we've stated on our Steam Early Access FAQ that we're aiming for around 6 months of Early Access. While we can never be sure of the exact duration (otherwise we'd already have announced a release date), we don't intend to stray too far from that estimation.

Every content update we drop has an impact on the final release of the game: we need to stabilize the build, test it, debug it and polish it before putting it on Steam, and our Winter Update was a good example of how things can sometimes go wrong when we don't allocate sufficient time for that. All of this is time invested away from completing the final game, since there's a good chance we'll be altering or breaking things again when we add or change game systems later on.

Which means we're currently balancing our options between A) solely focusing towards the finish line and get the final version of the game out so that everyone can enjoy Solasta in its entirety, with all its intended features and full campaign - or B) working out appropriate conditions and time to churn out another content update before that. And while the latter would allow us to have you try out new features and levels to keep the feedback coming on improvements and suggestions, there is always this little risk looming around the corner of impacting the final release - or worse, having to cut a feature or a level.

That being said, it just might end up that we'll be able to release a content update around the end of Winter without having to compromise anything in our final release, but we've always been very transparent with you on the how's and why's when we make decisions. In any case, be certain that we'll keep you informed if or when we do decide to release a new content update! 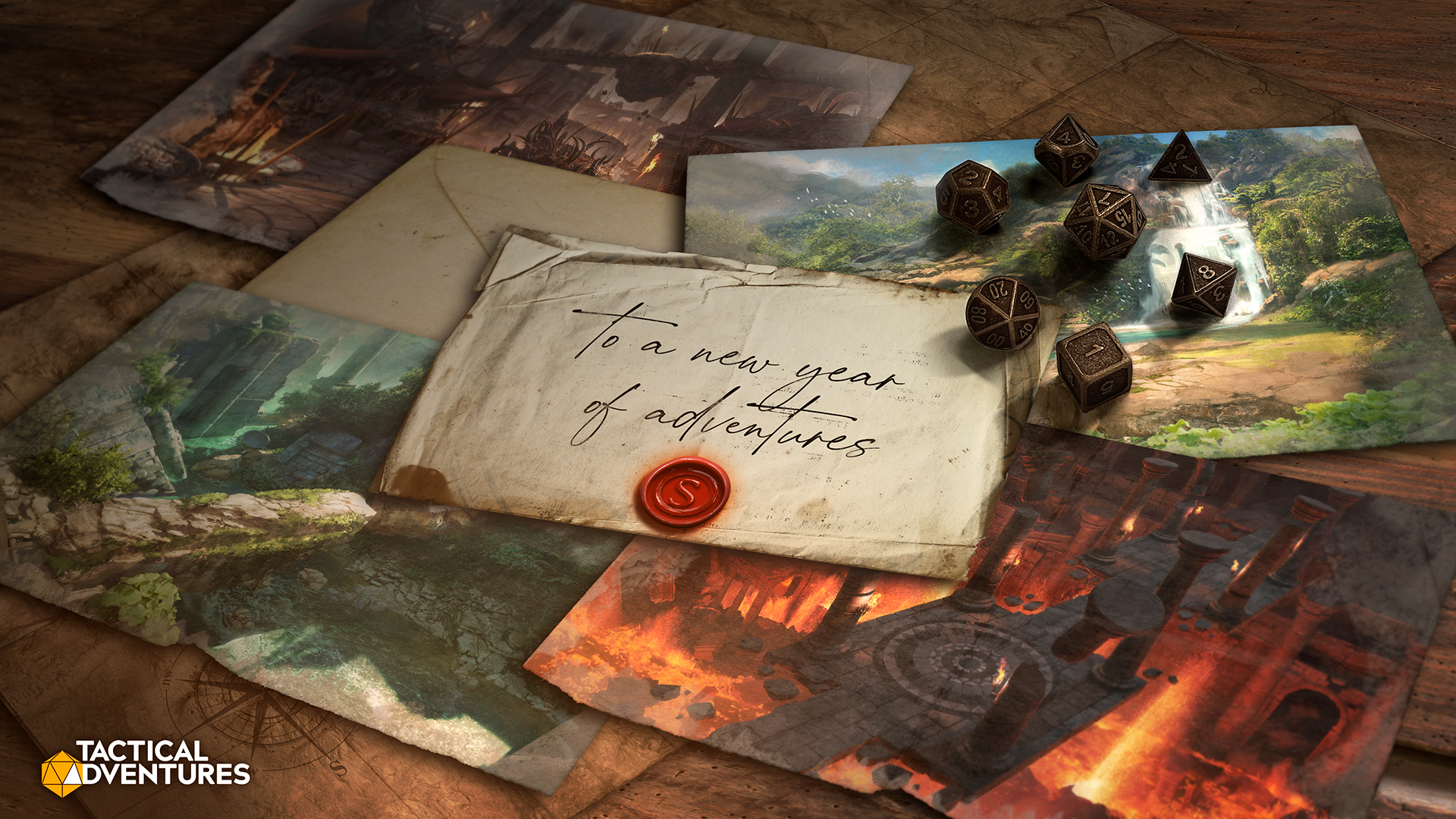 Alright folks, it's time to tackle them suggestions and feedback again! Get a warm blanket and a mug of hot beverage ready, this is going to be long.

Isn't Crafting a tad bit hard to understand (and kinda bugged too)?

Indeed! As stated in some threads here and there, the Crafting System isn't fully implemented yet - which means that some recipes are bugged (asking for the wrong type of weapon for instance) and more importantly, we're missing some tooltip showing you what the crafted item is supposed to do. We'll be polishing Crafting later on, especially when we're done implementing all the magic items we intend to have in the final game.

We're also considering relaxing Crafting requirements as well, as we understand it feels kind of bad when you select Herbalism Kit proficiency but then realize that you can't craft Potions of healing because you can't cast Cure Light Wounds. Although that is the official tabletop rule it is no secret that crafting hasn't been very well developed yet in the 5th edition.

Would it be possible to highlight the Active Character a bit more during combat?

So we did notice that quite a few people had issues following whose turn it was during combat, which could become quite confusing when so many units are in play (and not necessarily close to each other). We're already added a "Enemy Turn" overlay in our Winter Update, but we do plan on making some other improvements for visual clarity in battles.

Would it be possible to automatically refill quivers at the end of the fight (provided you have ammunition in your backpack)?

That would be pretty great! However while this seems like one of these "quick fixes", it is actually not that trivial. Making changes related to the inventory system is always a big risk, as there's so many things that can go wrong - and are not always easy to detect! One recent example with the Winter Patch was for instance being able to duplicate armors if you used double click to equip them (why only armors, eeeeh...). It's something we might try to add if we have the time - and while the coding itself might not take long, the testing resulting from that change will take much more time.

Would it be possible to use Dialog-related features (such as Golden Speech) during Cutscenes instead of having to pre-emptively doing so before talking to NPCs?

This is already in our (very long) internal Improvement List! Ideally we would indeed want players to be able to use those features when the dialog checks come up, as it can be frustrating to have to guess whether or not you should use your powers before talking to an NPC.

Would it be possible to make passive Arcana Checks to recognize a spell before using Counterspell?

Yes! That is a fairly popular homebrew a lot of DMs are using, and we are indeed working on implementing this as we feel it rewards putting points in Arcana. Enemy's spell names will be hidden unless the party succeeds an Arcana check to recognize it, and we're considering adding modifiers depending on if it's a spell that one of the party members knows for instance.

Is it possible to identify all magic arrows / potions at once provided they are the same?

Can you add an On / Off trigger for Paladin's Smite popup?

At the start of the project we had to make a choice between the Reaction pop-up (which is what we currently have in-game), or a toggle option (similar to what Baldur's Gate 3 has) which would automatically trigger the action if toggled on. Transitioning now to a hybrid system is something that is both very costly and very risky, as we would need to break down the entire Reaction system to build it back up with both the toggle and the pop-up systems working together. While we understand the reasons for wanting such a thing (clicking No on smite whenever you strike a lowly goblin can get tiring pretty fast), this is something we can only consider when we have more time at hand.

Can you add an option to speed up time during battles?

This is actually an option we already have in debug mode, so yes it's absolutely planned. Now you might be wondering why we haven't added it to the game if it's already in debug mode - and the simple answer is because speeding up time can cause quite a few nasty bugs. Which is not a big issue when we're using it internally, but ideally we'd like to avoid releasing a bugged feature if we can.

Aren't random encounters on the World Map a bit too easy? It feels like free XP...

As stated before we'll be taking a closer look at balancing before the release of the final game, once we've implemented difficulty settings. Right now there are a fair amount of encounters that are too easy (such as the lone Minotaur next to the monastery) or too hard (such as Mardracht and his crownies) if we wanted to be consistent with difficulty, so don't worry we're aware of it.

Is the Fly spell not working?

It works, but we've noticed a lot of players weren't aware of how to use Planar Mode to be able to properly move their character in 3D. We're thinking about highlighting the Planar Mode button whenever the player casts a spell like Fly or Levitate so that it's more obvious. For those who might be wondering, Planar Mode can be toggled on and off by clicking the button on the bottom right, which looks like 3 sheets of paper on top of each other (layers) located inside the compass - it allows you to select the elevation for your movement by using the Mouse Scroll Wheel. Otherwise, you can also do that by pressing Shift while using the scroll wheel 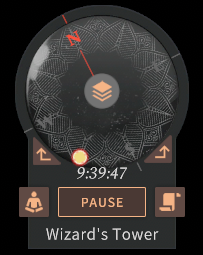 Here is what the button looks like, in the middle of the compass

Ready Action does not allow you to choose which Cantrip to ready up...

Our Ready Action button is using a very simplistic version of the tabletop ready action, and we actually have a more complex design that we'd like to implement in the long run. We can't say for sure how it will look like or work right now (since it will depend on the time we have to work on this feature), but we do plan on allowing you to choose which cantrip to ready up in the future.

Can we have the Tabletop Rules for carrying capacity?

We do plan on adding an option to allow players to choose between the Carrying Capacity Variant (Solasta), the Tabletop Rule (15x Strength Score) or simply disabling the system (carry as much as you want).

Will we eventually be able to stop / turn back during World Map travels?

It's a request we've seen a lot, and it's a fairly logical one at that, so we do intend to work on implementing it. Also a bit different but in the same category as World Map, we plan on adding the "I" key as shortcut for the Inventory (for some reason it wasn't added on the World Map).

In the quest "Honor Your Masters" I can't  speak with Master Dacklin. I click on the NPC again and again but nothing happens