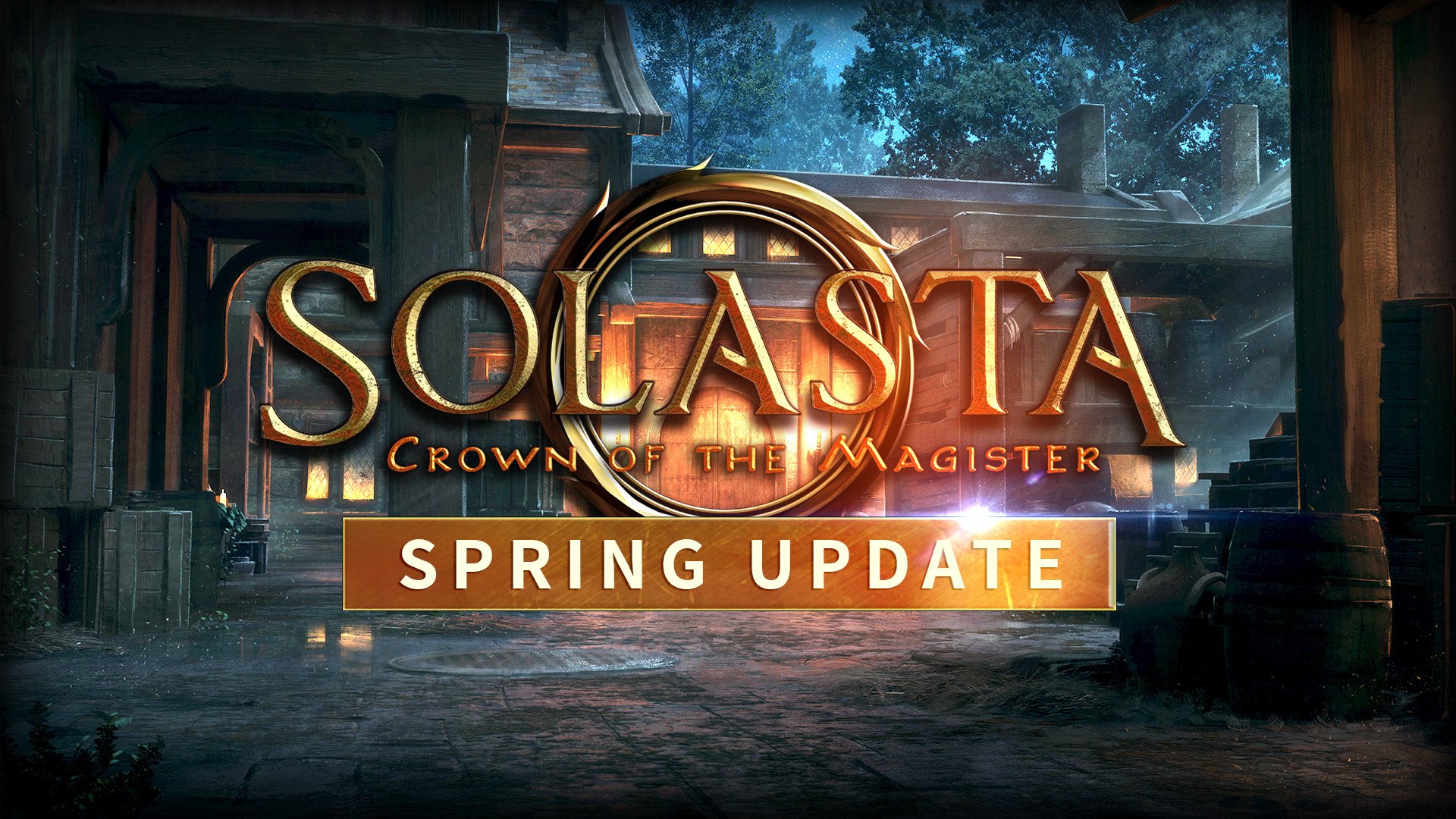 The Spring Update should now be live, with a plethora of changes and new content! With the addition of the difficulty options, side quests and background quests, your Solastan experience is getting closer and closer to the final release. Well bugs and polish aside of course, Early Access has proved quite effective at finding and squashing them so far! But enough talk, it's time to dive into the patch notes.

Old Save Files are NOT compatible

As stated in our previous articles, due to changes in existing systems save files from previous versions will NOT be compatible with the Spring Update. That said, we're adding a lot of side content in this new update, so restarting a fresh run will give a new experience where you don't have to run after the main quest!

Note that we will put the previous version of the game (January Update) on a separate Steam branch so that you can keep playing with your old saves if you want to. And although one is never safe from a bad surprise during Early Access, save compatibility should hopefully be preserved from the Spring Update onwards.

Solasta will be discounted when the Spring Update hits the store on March 25th until March 31st, after which the price of the game will increase from $35 to $40 in anticipation of the 1.0 release. This is due to the fact that Steam prevents games from discounting within 30 days of a price increase, so we unfortunately cannot increase the price when 1.0 gets released while also having a launch discount. So if you want to jump in Solasta at Early Access price, make sure you don't miss the Spring Update sales!

The Dungeon Maker is an in-game tool available directly in the main menu which allows you to create, edit and play custom maps. The video above is a quickstart guide - if you need a more in-depth guide, it is available in our Forums over there.

You can access your custom dungeon folder by simply clicking the in-game "Browse Files" button in the Dungeon Maker menu. The folder can also be manually found there: "C:\User\[YourUserName]\AppData\LocalLow\Tactical Adventures\Solasta\UserContent\Locations". Whenever you create a map in the Dungeon Maker, the game will create a .json file containing all the information with the same name there.

For the moment we're still working on Steam Workshop Integration. In the meantime, you could always drop by good ol' NexusMod where many other mods are already available (reminder: mods are community driven, Tactical Adventures has no control over them and cannot guarantee that they work properly).

How do I play a dungeon I just downloaded?

Simply copy paste the .json file into you custom dungeon folder, that you can either access by clicking the in-game "Browse Files" button in the Dungeon Maker menu, or manually opening "C:\User\[YourUserName]\AppData\LocalLow\Tactical Adventures\Solasta\UserContent\Locations". The new dungeon should then appear in-game in the Dungeon Maker list.

I have a question about the Dungeon Maker!

Make sure you read the in-depth forum guide about the Dungeon Maker, and if you still have questions feel free to swing by our Discord server and head to the #modding channel!

Will you update for the Dungeon Maker in the future?

Of course! You might have noticed the Dungeon Maker is still lacking quite a few features, and that's because the Dungeon Maker will still be in beta when we release the full 1.0 version of Solasta (we've got to make sure we wrap up the main campaign properly first). There are tons of things we want to add later - quest systems, dialogs, merchants, more environments... Make sure you tell us what you'd like to see first!

Aside from hotfixes, we've got our sight now locked onto the final 1.0 release. Keep an eye out for more information about our official launch date!

hey not sure if mentioned anywhere else (couldnt find info on it through google) do you plan to add anymore classes to the game? not the biggest fan of only having wizard as the offensive magic user for a party

Thank you for a dual wielding feat.

An urgent question!  When creating characters, almost everyone has a moment of choosing the languages of other races.  And the roofing felts were in the previous version, the roofing felts appeared in this one.  The spy language.  Like spy codes.  I have tried everyone, it is not available to anyone, but in the game I have come across a similar document!  Can anyone have any thoughts ???

After the next update Rollback again ??  I noticed there is a direct hint in the character creation that there should be sorcerers and bards in the game.  Since if you hover over charisma, it says that this is the most important characteristic for a sorcerer.  And at a certain moment, also during creation, sometimes it jumps out past the main craft skills, one more thing!  For bards only.  Ability to play musical instruments! ...

Also today I found a bug in wizards when creating there is a certain crafting skill with a +2 bonus, and after creation +0.  I'll try to throw off the screen later.

It's very bad that there is no full discussion in Russian.  There is no time to delve into the huge English manuscripts at the Mizrim.  Maybe there is someone who feels more comfortable on the English forums.  It would be very helpful to be able to report bugs in the game, as well as the ability to ask questions directly.  Anyone involved with the game ....

The game is already in great state. I do hope the full release will be around the corner. I know Sorcerer will be added via free DLC later, but apart of that will there be any new class/race to be added post launch?