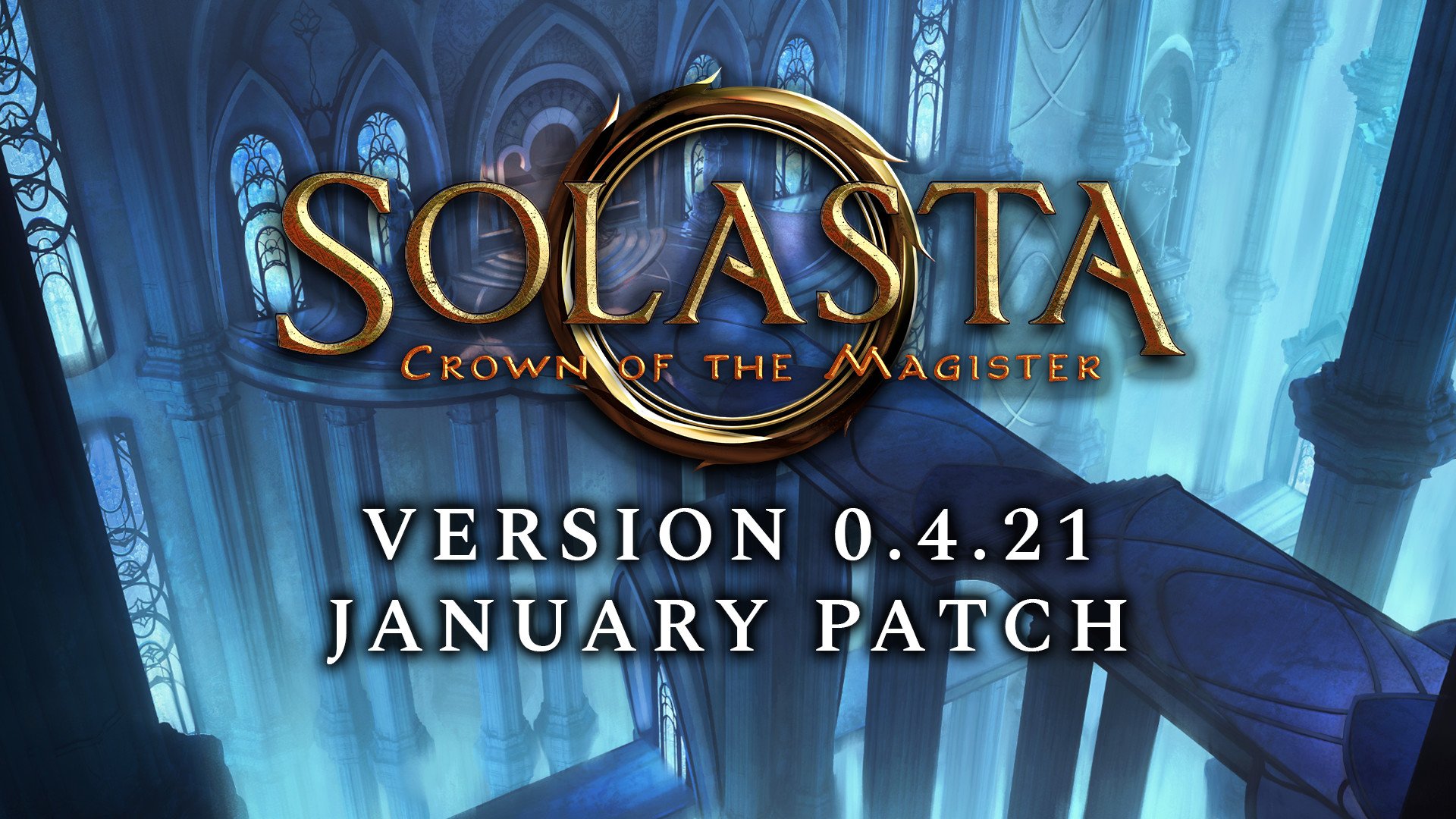 It's time for the January Patch! This small update should work out most out the bugs released with December's Winter Update, as well as a few others that thrived in our game since our Early Access came out in October. This means... it's patch note time!

But before that, say hello to Newt! She's growing so fast!

As we often see people complaining about the size of each update, I'd like to clarify once more why you're more or less re-downloading the entire game every time. Long story short, due to how Unity works (the engine Solasta is running on) we've had to make a choice between longer loading time, or bigger patch download size - and considering we're not too keen on making loading screens even longer than they already are, we've prefered to choose the latter. That's pretty much the short version of it :(

We haven't forgotten about you folks out there who would want an easier or harder experience that what Solasta is currently providing. You'll be happy to know that we've started working on difficulty settings! We've decided to offer a wide variety of options that you'll be able to customize on your own (on top of the preset you can choose from if you want to keep it simple), such as adding modifiers to attacks, saving throws and ability checks, harder AIs that use their powers more often (still limited by the tabletop rules) and target unconscious characters to finish them off, different encumbrance rules - we're even adding weighted dice for those who've prayed extra hard to the RNG gods. And that's just the tip of the iceberg, there will be more for you to play with once we're done with it!

We've already gone through two rounds of Community Suggestions, you can read our answers in the following links:

I'm loving the 2 new expansion dungeons.  Could you add more chances to score a pearl for spell component or a enterprising svirfneblin in campaigns...