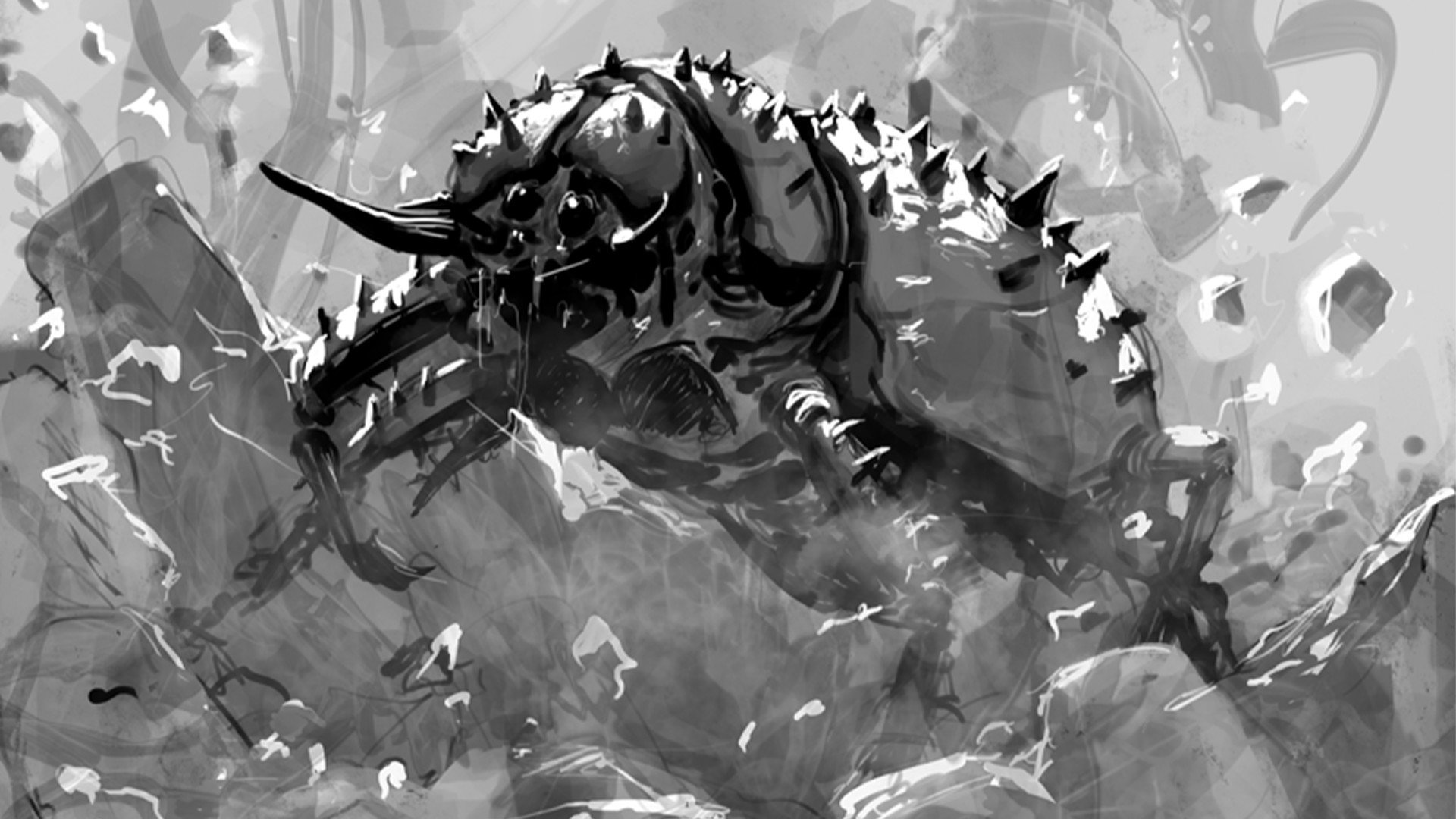 Giant insects with terrifying destructive capabilities, Redeemers are a scourge upon the world. They devour everything in their path, are incredibly hard to kill and - if that wasn't terrifying enough - have the innate ability to identify and go after spell-casters first. But what manner of curse unleashed these monsters on Solasta? Their origin has been hotly debated amongst scholars for centuries, but it will soon be revealed...

By you, our players! Redeemers are fearsome foes that your party will face during their travels, able to burrow underground to attack you by surprise and taking down even the most armor adventurer with ease. Where do they come from? This is a question you will be answering until Sunday June 21st, 11:59 pm PDT!

It was not only the land that was warped by the magical energies of the Cataclysm. Outside the Badlands, these insects are no larger than a thumb, and feed their underground colonies by clearing the surrounding area of smaller insects, carrion, and other organic debris. These mutants continue to prey on anything they can overpower - which effectively means almost any creature they encounter, since they now range from the size of a horse to that of an elephant.

Enhanced size is not their only mutation. Contact with the weird energies unleashed by the Cataclysm has given the guardian and behemoth castes magical abilities that make them even more dangerous.

The first contact happened in the middle of the 6th century AC as a nest cut a swath of destruction through the Marches, leading to the complete destruction of a couple of settlements. As one of the settlements was occupied by religious fanatics who wanted to bring the Light of the gods and redemption to the uncivilized parts of Solasta, their fate triggered a nasty quip of dark humor about redemption coming from strange places - and thus the name Redeemers was born.

The Redeemers behave very much like social insects. There may be a hive mind, but it is more organizational than intellectual, and there is no culture to speak of.

There is a queen at the heart of the nest. When local resources are exhausted the colony moves on, cutting a path of devastation until a new location is found. This is a rare event, and fairly hard to spot in the Badlands given the disrupted state of the overall landscape. From time to time, larvae will grow into potential queens and fly out to found new colonies. 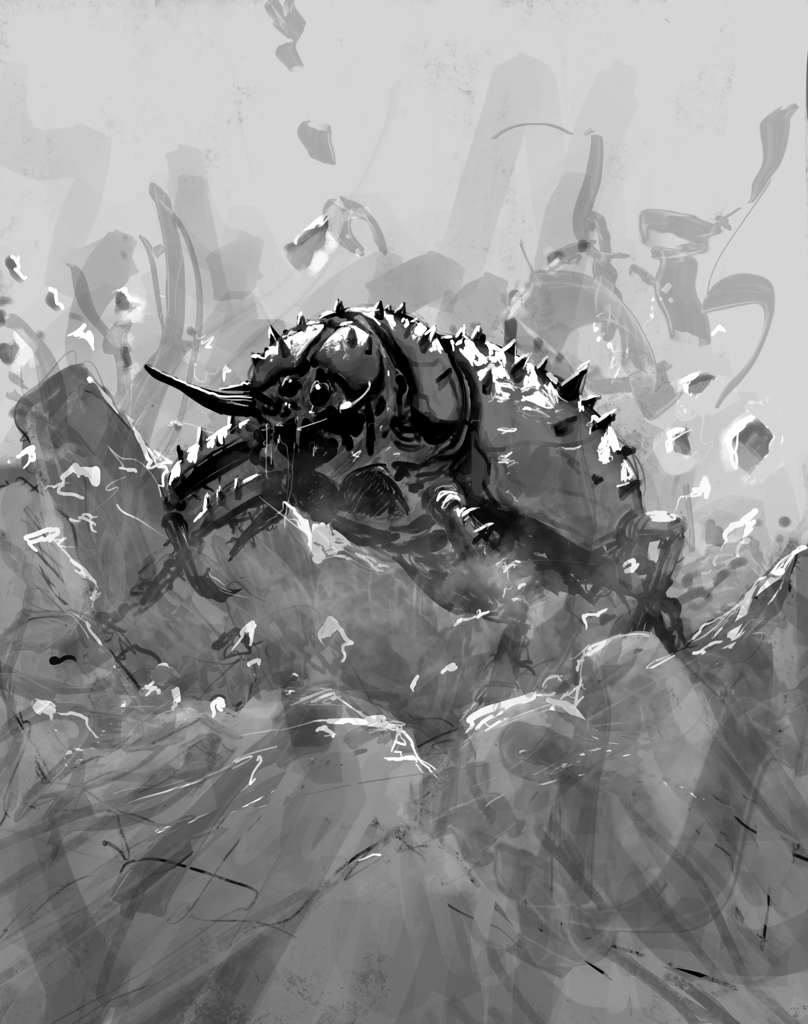 Their origin lies in the wish of the Empire to dispose efficiently of the waste generated by their magical works and to recycle it. The redeemers were created with different purposes in mind, from the mindless drones to the fearsome behemoths. Each had a function, under the careful supervision of the mages of the Arcaneum. Specific spells were needed to create them, and controlling them was usually done through magical rings.

It was a common practice of the Manacalon overseers to offer a slave redemption... which simply meant having them devoured by the drones - leading to them taking the name of Redeemer. The drones were a common feature in the Manacalon Empire, as they fed on the dead but also cleansed magic gone awry through a strange alchemical process called Traesfaer. Its secrets, of course, have now been lost in the sands of time.

As the Cataclysm unfolded, the magical energies released changed quite a few things in the behavior of the redeemers: