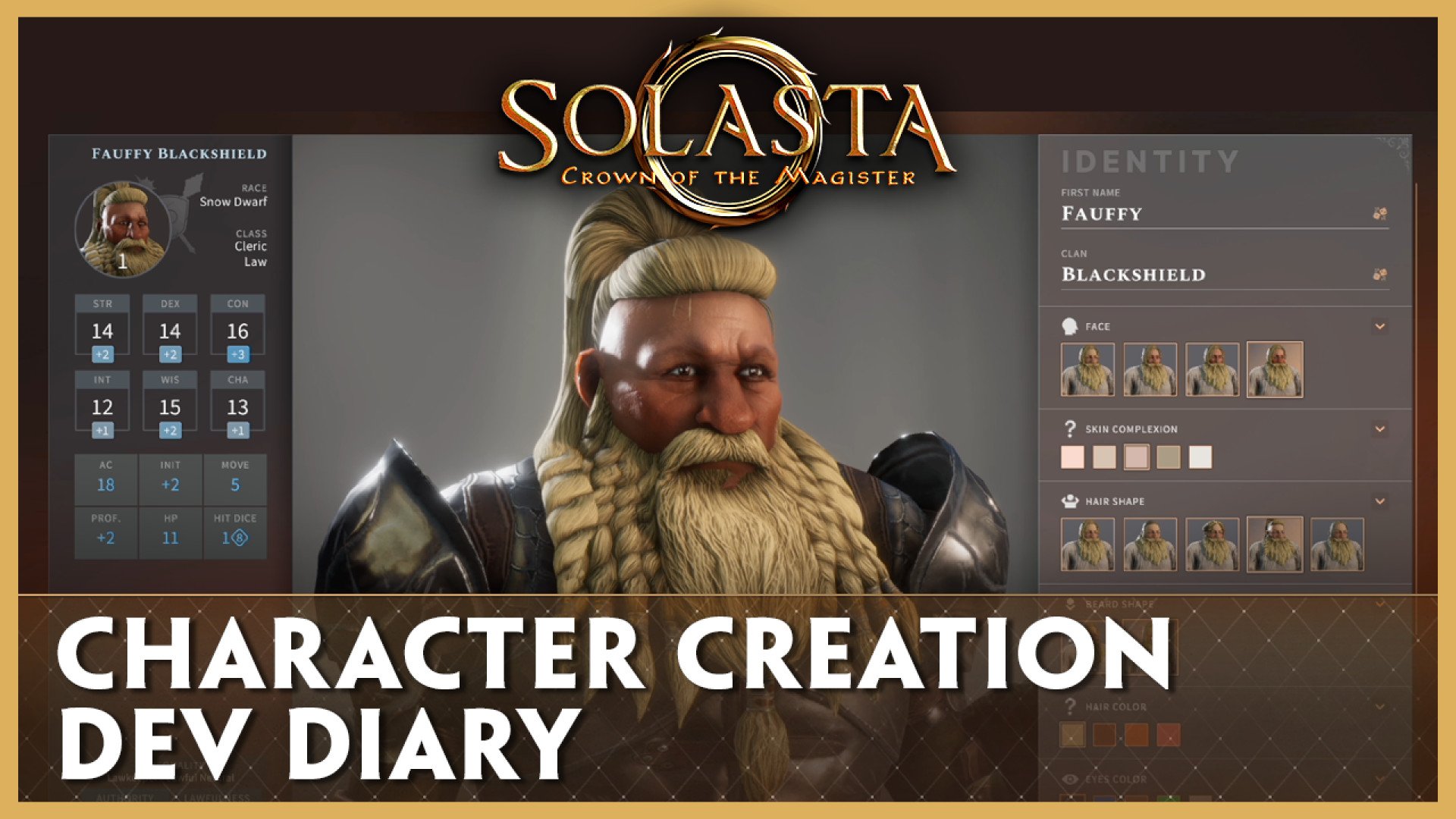 Today's going to be a bit special, as we're doing our Dev Diary... in video format! Hope you enjoy this little presentation about Character Creation - this time not limited to a few screenshots! If you have any questions or suggestions for a future video, don't be shy and post something below.

I don't really have words for what I saw on this video. You did a wonderful job Dev. For what I expect in a next video ... I would like to have some information on Solasta's lore perhaps accompanied by some beautiful artistic and evocative image.

Great video. We could learn a lot. This personalization brings more complexity to the definition of the characters. It makes the game even more interesting.

It would be just as well for people who have never played D&D before. But they are in a hurry to play. So it would be nice, I think, to have one or more predefined groups, a balanced group of characters. What do you think about that?

Great job 👍 keep up the good work, looking forward to the next one 👏👏👏

I enjoyed the video format! I love seeing the game in action and hearing about the subject more in depth.

What an awesome video! I work as a web designer and I was very inspired by the user interface! A very good layout! The personality traits seems a bit complex. I found it interesting as it becomes a part of the back story of the character. Having sliders for fine tuning the look will be helpful.

Do please continue creating videos as it gives a totally different overview compared to some screenshots and text.

Another video could focus on how battle works. Users of magic have different spells they can cast. What about variation for characters/NPC's that use distance and melee attacks. Fighting styles for bows/crossbows/throwing grenades etc and close up fighting. Such as normal, defense, block, aggressive, etc styles. I am thinking a light version of fighting styles would be nice to have included.

(I added the above comment here in addition to directly as a comment on Kickstarter. As it feels more personal in this space.)