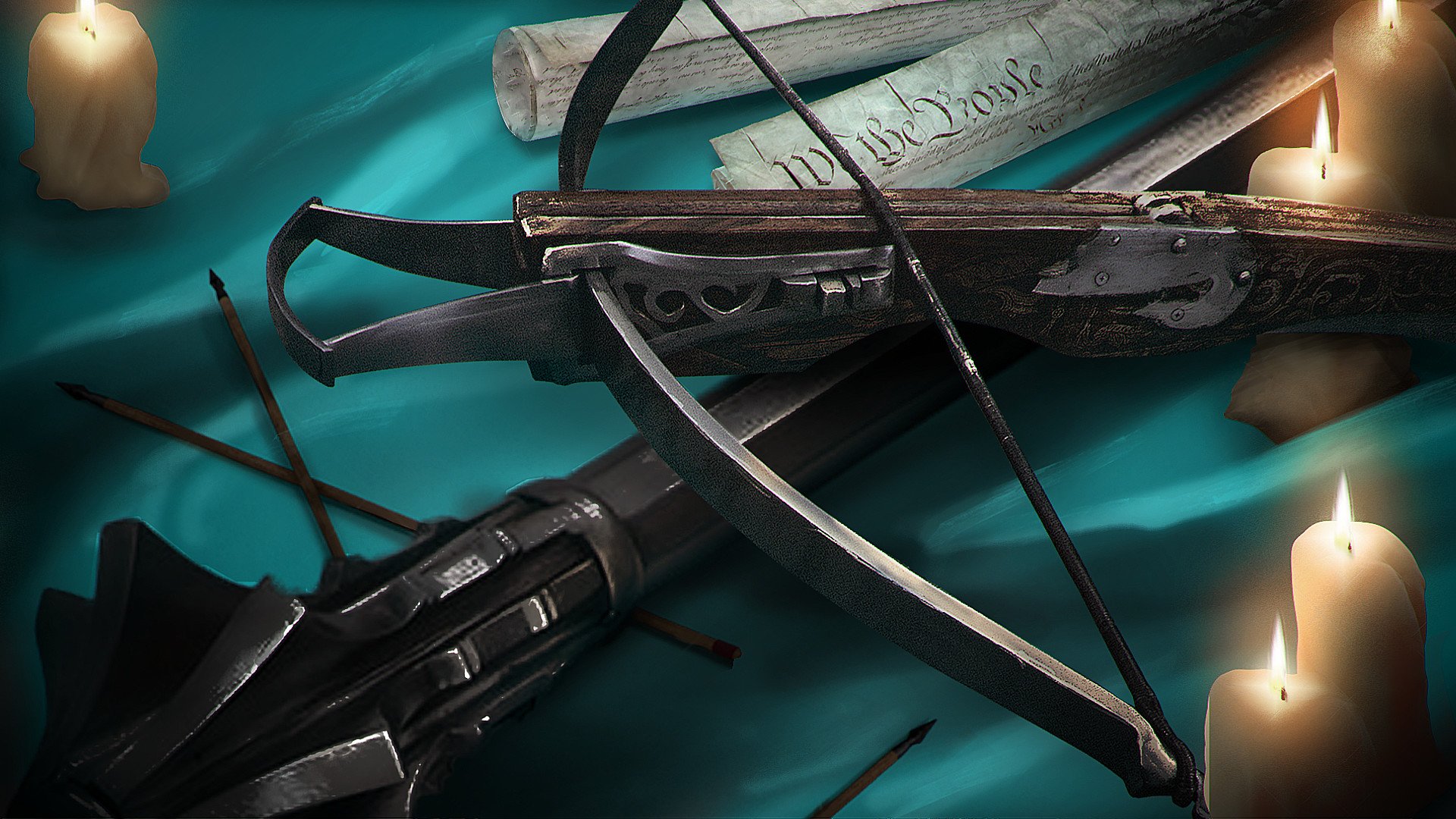 The submission period is now over, thank you to all participants out there! We've received more than a hundred magic weapons in total, and trimming that selection down to five finalists was hard... real hard! So don't feel bad if your idea didn't make it to this final round, there were so many great submissions that we simply couldn't include them all.

> Click here to vote for your favorite Magic Weapon Submission <

Before we reveal the winners of the first round, I want to share with you some of the criteria we used to select them:

Now without further ado, here the list of the selected weapons for this second round (in no particular order):

Note that we have already applied a first balance pass, so some of these weapons may differ slightly from the original submission. The weapons' lore may also be reworked later by our writers.

Shieldstaves are a rare artifact from ages far past. Crafted by an ancient mage during war time, this staff promises to keep its user safe and able to focus on other magical pursuits, leaving defense to the staff

The handle of this weapon looks as if it were carved from alabaster, with a bright golden striking head.

A javelin of magnificent workmanship, perfectly balanced. Decorated in pure silver along its entire pole with a precious weave easily referable to the ancient Manacalon empire. Its golden tip seems to release a faint light in the dark, a sign of the magical power that this artifact contains inside. An ancient artifact created before the cataclysm by the powerful magicians of the Manacalon empire, very little is known of its origins - but in some ancient representations found in a crypt in the Badlands by a group of archaeologists and scholars of the New Empire, the artifact can be recognized as the main architect of crucial victories in historical battles.

Leather wrapped haft with a beveled head with silver inlays. The maul looks like it should weigh more than it does when initially lifted, but re-gains that apparent weight ten-fold while descending in a strike. Crafted by long dead leader of a clan of the Snow Alliance. Designed to be equally useful for combat, and for breaching the defenses of other clans when they came into conflict.

The grip is of a hard, glossy black material and is in fact crafted from the beak of an enormous raven. At the base of the Winged Dagger, the pommel, is a stylized bird's claw in platinum grasping a mysterious, cloudy, spherical gem that when gazed upon appears to bear moving shapes inside like clouds in the sky. The platinum quillons spread as wings, majestically from the dagger’s hilt. The platinum blade is diamond in cross section, and long and tapered, ending in an impossibly sharp tip. The Winged Dagger was crafted in a gentler time to less gentler men. The Dagger was crafted in exchange for services rendered by Yxaethenes Soulbender, a Manacalon magister of minor renown. The Winged Dagger, once created, was employed through many a nefarious exploit by accomplished burglar, “Bad” Omen Starsbrite. Starsbrite actually prefered, and in vain attempted, to promote the more flattering nickname of “The Perfect Crime”. Nonetheless “Bad” Omen Starsbrite gained much notoriety and infamy for somehow always being able to gain escape from seemingly impossible odds. He often worked alone, not out of preference, but of the fear of his singular reputation. His tendency of emerging as the sole survivor after a particularly perilous operation went south had the effect of thinning the ranks of his working companions. “Bad” Omen “The Perfect Crime” Starsbrite eventually met his ultimate fate after taking one too many chances and one too many coffers of gold.

> Click here to vote for your favorite Magic Weapon Submission <