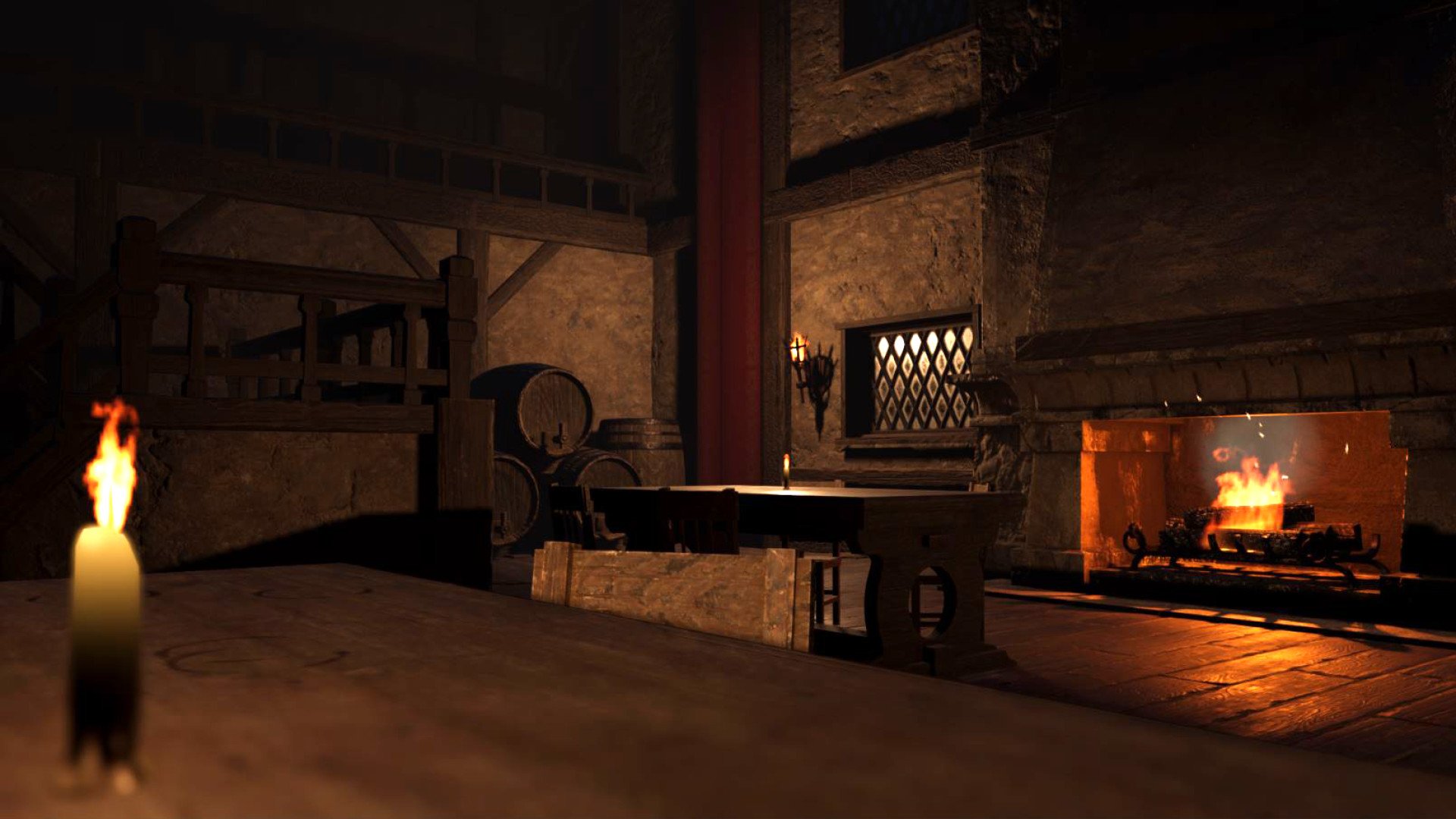 Hello there folks!
It's been quite some time since we last showed you what's going on behind the scenes, hasn't it? Worry not - I have you covered. So, what have we been up to since the end of our Kickstarter campaign?

There's one question that has been asked quite a few times during our Kickstarter: "Is Solasta a pure dungeon crawling game?" If you've been following our updates, you'd likely know the answer is no! We actually just started working on the main city - which will remain unnamed for now as we don't want to spoil too much. We're still evaluating how much of it will be open for you to visit, we'd hate to pour too much time into that and end up having to cut other locations as a consequence. For those of you out there who are wondering - yes, there will be a tavern, for what's a city without one! 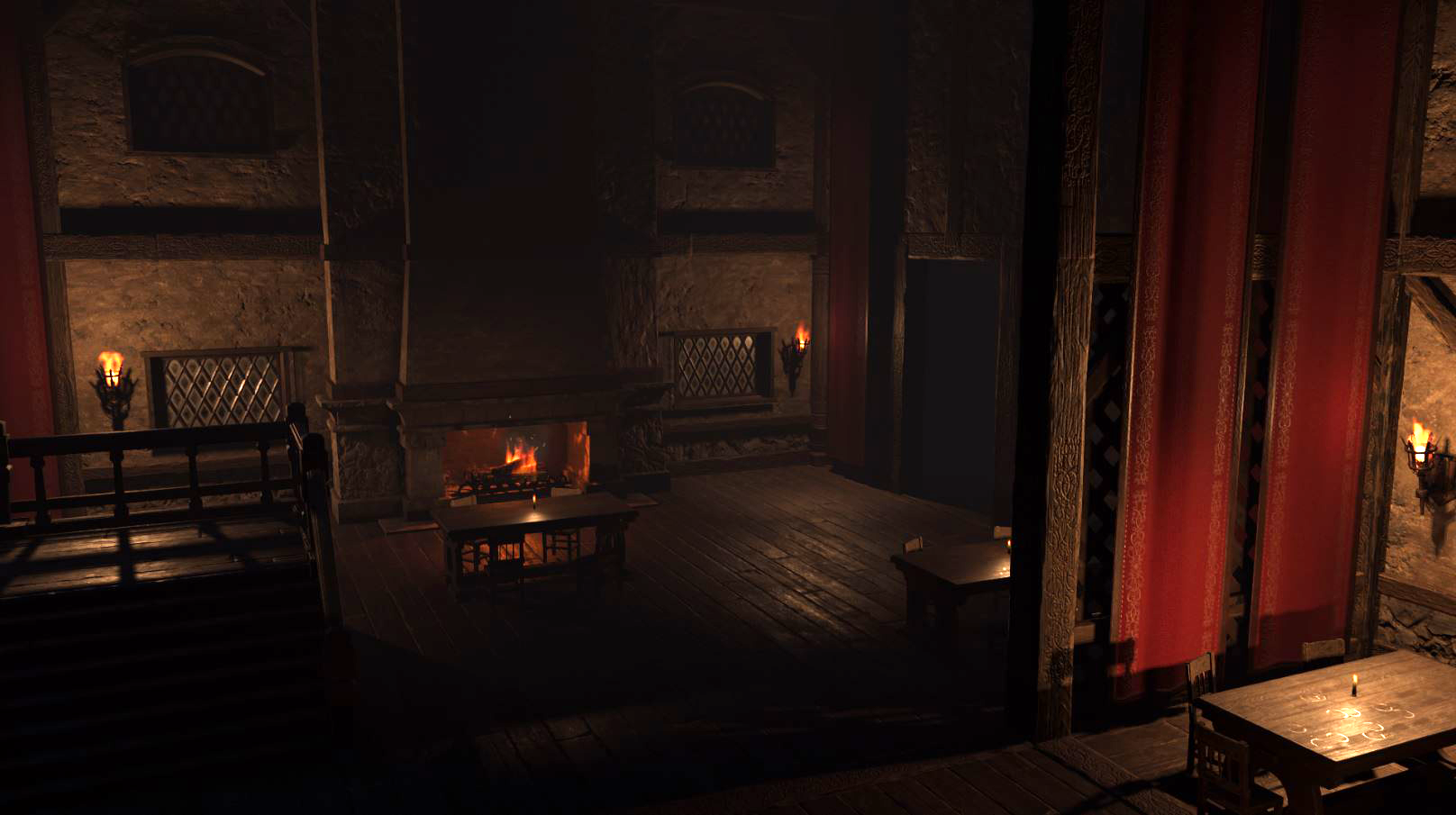 Now throw in some NPCs, add some alcohol, a player party. Baby, you got a brawl going.

It's no secret that most games nowadays need tutorials to ensure that the player understands how the game works. This could be as simple as pointing out elements in the UI (for instance, many people complained they couldn't find the "Rest" button in the Demo), or as complex as explaining the rules of combat to someone unfamiliar with the tabletop ruleset (Action, Bonus Action, Reaction...). So, in order to do that without boring our future players to tears, we've been working on including those during our Campaign Introduction Levels!

The prison we showed before is in fact one of the Campaign Introduction Levels!

There's quite a lot we still need to refine in terms of rules and how everything works in Solasta. For instance, we've been working on Design Documents on two significant topics that weren't part of the Demo: Traveling &  Random Encounters. What is revealed on the World Map (more on that later!) and what isn't? How do you travel to undiscovered locations? How do other RPGs handle traveling? This is but a tiny glimpse into the mass of questions we have to find answers to when we put a design onto paper in order to avoid wasting time coding something and realizing afterwards that... well, it just doesn't work (or it does, but it's not fun).

Other topics we've been tackling include climbing (how high can you climb? What affects the DC?), sleight of hand (can it be used for something other than stealing? What happens if you get caught?), rethinking the inventory system again (by the end of the project I think fingers won't be enough to count how many times we've revamped the inventory) and... Party Banter! (Kickstarter Stretch Goal) 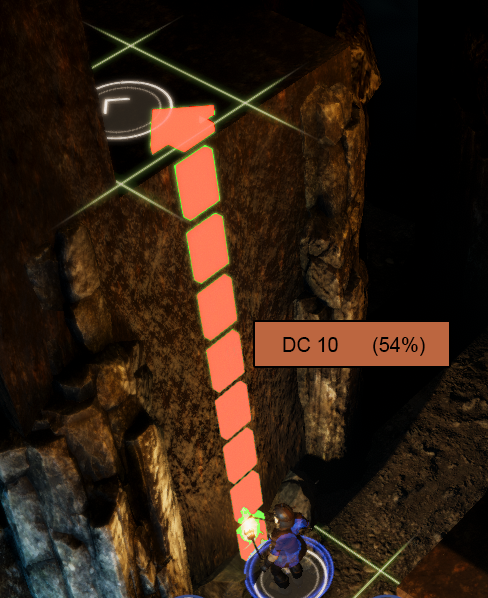 Tools and what now? When you're creating a level, you need tools and gadgets to do what you want. Sometimes, it's something as simple as saying "This door can be lockpicked" or "When I activate this lever, I want that door to open"... but the simple things are often the most crucial ones! So, our Programmers make sure that our Level Designers get what they need - as once they make the gadget, our Level Designers can use it as much as they want. Now some of you might already have an inkling of a larger picture here... If I said modding, would that help?

Wait wait wait, what does this have to do with modding? Well, if and when we release modding tools, we want people to be able to easily make more dungeons and levels - and that's where all these tools & gadgets come in. Everything we add for our Level Designers, we want Modders to be able to use it later on.

A retractable door? And I get to troll my companions with it? Oh boy!

Designers & Artists often get to show off their work with pretty screenshots and gifs, but Programmers? They work in the shadows, carefully biding their time before they can finally OVERTHROW THE TYRANNY OF... Sorry where was I? Ah yes, Programmers. Among other things that you cannot see, but are very important, they've been making improvements on all types of movement (Jumping, Climbing, Crawling...). Because yes, even little things like your character going prone to crawl through a duct automatically when you click on it needs some programming love behind it. Otherwise you'd be stuck with manually having to tell your character to go prone, then crawl, and then manually telling your character to stand back up. Ugh.

Fun fact, our CEO also implemented Character Creation! If you remember the Kickstarter Update where we showed you a sneak peek, back then everything was on paper - now we can actually create a character in-game. 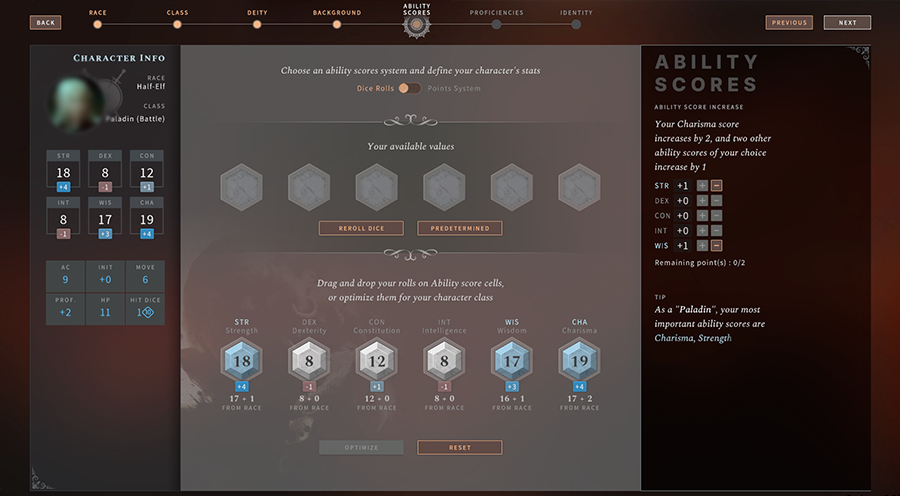 Either our QA Lead is extremely lucky, or she's been using weighted dice.

Some things in life are just unfair. Like your car refusing to start in the morning when you're already late, your colleague taking the last bag of tea right before you, or that guy getting a better roll on that item you've been trying to get for weeks. Another thing that's unfair is how good our Art Director's work looks compared to all the other images that show up in this Development Update. Without further ado, let me share his research work on Incantation Circles that will appear when you cast spells. He's also been working on a runic alphabet which we'll keep to ourselves for now.

We'll show you the rest of it at a later date

You know what's the best thing about getting a new Race thanks to Kickstarter? We get to show more cool pictures from our Art Team. Here is some concept art for the Half-Elf (Man & Woman), from which our 3D Artist will create the future in-game models. 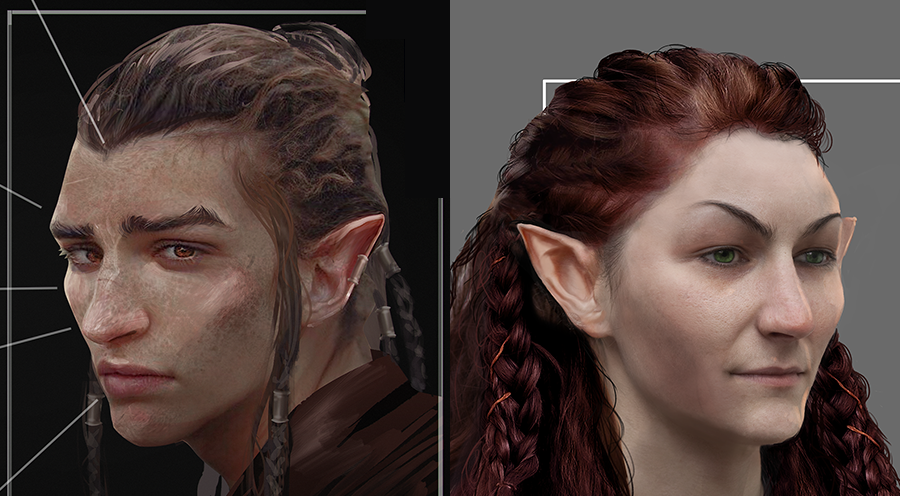 Of course that's not the only thing they've been working on - we've moved forward on quite a few topics, such as adding new haircuts to see how they interact with Character Creation and various hats / helmets, or finally getting our Dwarves some fabulous bushy beards. On a side note, you wouldn't believe all the wonderful things you can do by duplicating beards to cover various part of the body. We've spent a very productive morning laughing over screenshots sent by our Graphic Programmer. More seriously, we've also done research and concept arts on the outfits of the common folks of Solasta - yes, NPCs need clothes too, who would have imagined?

Tired of reading yet? Well, let's end this week's Dev Update with some VFX. Remember how spellcasting used to look in the Demo? Well, prepare to be amazed! Reminder, this is still a work in progress. You might notice there's a lot of flashy effects for Burning Hands, so the "base version" (spell slot level 1) might be a little less grandiose in the final game.

Roasting some spiders with Burning Hands

There's a ton of additional work we haven't covered in this Dev Update, such as Environmental Research & Modelling, Animations and Cutscenes improvements - but I believe this article is already long enough, so we'll talk about these another time! Don't hesitate to drop by our Discord Server or Official Forums to discuss everything Solasta.