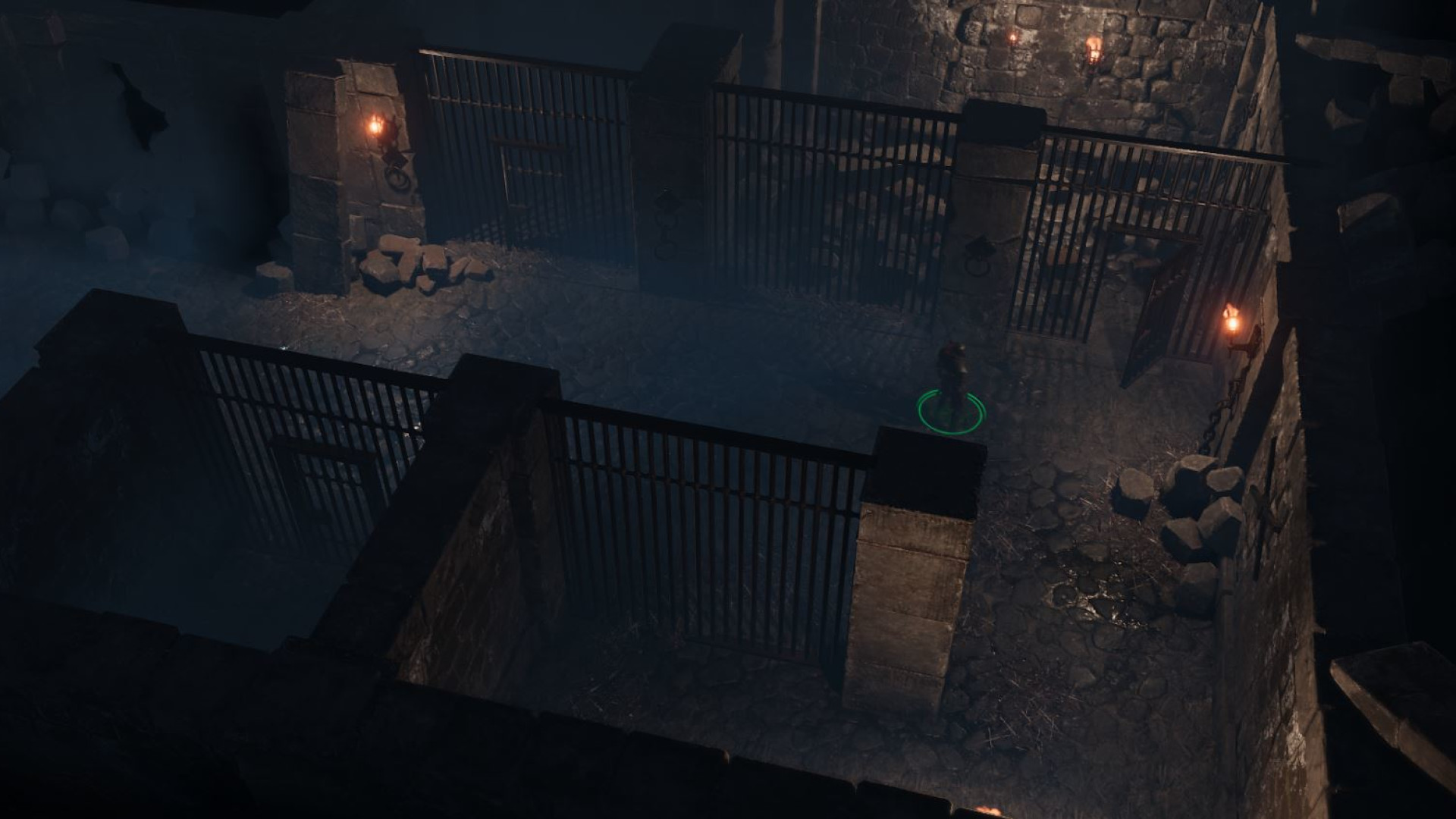 Dev Diary #6 - What is Level Building?

You often hear about LD (Level Design) when reading about Game Development - but what about LB (Level Build)? What is Level Building? Did you even know it existed? In this article, we've asked Tactical Error to give us more insight about this very important step.

Level Building is all the steps between the functional level made by the Level Designer, and the actual level that you'll see in-game. To put it simply, it would be like "dressing up" a bare bone level following the vision of the Art Director, while still respecting the constraints from the Gameplay Director. It may sound easy, but there's actually quite a lot to keep in mind - such as making sure the "decorations" don't impede the player when they move through the level. How many of you had a "Wait, I was supposed to go through THERE?!" moment when playing a video game in the past? So, you need to both keep Gameplay Mechanics clear... while also not ruining the immersion with props (items) that look like they don't belong to the level. 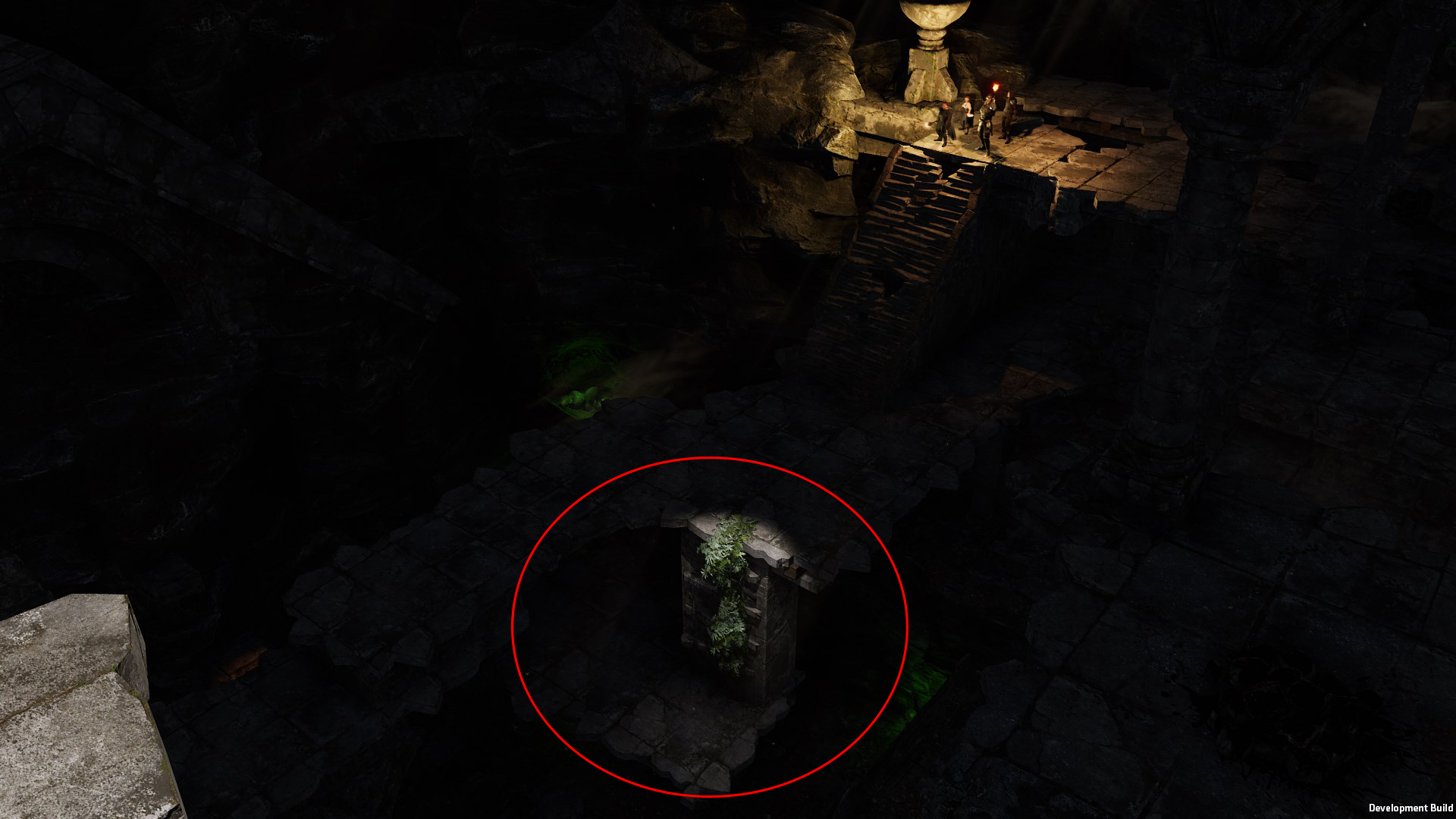 See this ray of sunlight and the vines crawling down? The goal is to attract the player's attention immediately when he passes by.

It all starts with the Gameplay Director giving a technical brief of the level. What's the idea behind it, what gameplay mechanics the player will have to use, basically what the purpose of that level is. From there on, the Level Builder will start writing a document listing the assets he needs to dress up the level. To ensure his vision stays in line with the Art Director, the Concept Artists will usually draw a Concept Art, and the Art Director puts together a Mood Board - most often a mash up of many visual references found online to help getting a better idea of what the level should look like in the end.

In the meantime, the Level Designer creates a skeleton of the level with cubes in Unity. It is a very important step as we need to start testing the gameplay inside the level as soon as possible - especially in a game like Solasta where verticality is key. Doing so early ensures we don't run into very obvious issues later on, such as "the room is way too small for the encounter", or "this fight is too easy due to the layout of the room". We call this step "Whiteboxing", where the Level Designer basically plays with the equivalent of Lego bricks to make an engaging level gameplay-wise.

I knew it! Spending my childhood playing with Lego was worth it!

Every cube contains gameplay information required to make the level playable and represents a visual element that will need to be implemented in the final version. For instance, some cubes may prevent both movement and vision (wall) while others may prevent movement but allow vision (fence). Some may be climbable (crate) while others may not (statue). And even though they all look the same, the entire level (even in this state!) is playable from start to finish, and includes most important interactive elements such as doors and traps.

Now since Solasta isn't a Minecraft mod, we can't just leave the level in its Whitebox state. It's up to the Level Builder to start making everything pretty.

Fantastic, that's perfect. I think we can ship it.

When the Level Builder starts working, it's fairly common that not every visual asset for that level is available yet. This is why we have an additional step with temporary, placeholder assets. It helps transitioning from the cube mindset to a more visual one - what the player will actually see. Every cube gets replaced, giving a better grasp on props dimensions and glance value - is it immediately clear for the player that they can't move through this tile? If not, is it because the prop is too small? Or does it just not look like something that would block your movement?

From there on, the 3D Artist slowly works to replace all these temporary assets with usable ones, with the help of Concept Arts and Mood Boards to make sure they stay in line with the Art Director. Walls, floors, rubble, lamps, chairs, mugs... Everything that's needed to bring the level to life! But on top of having to make it look pretty, the Level Builder also has to ensure that the player will understand the level. That they immediately see what areas are reachable, so that they don't get frustrated by getting stuck. Or what areas aren't, so that they don't try to go somewhere that isn't accessible for 20 minutes.

At the end of the day, making a level is a huge team effort. From the original brief from the Gameplay Director and the visual target from the Art Director, to the Whitebox cubic level made by the Level Designer, the Level Builder dressing it up, the 3D Artist making the props... It's still not over though. If you take a look at the previous image, something is still missing - and that something is very important. Lighting! At Tactical Adventures Lighting is handled by our Art Director, who does another pass to make sure everything looks extra crispy. There's also a lot of invisible work in the background by our Programmers, who are constantly adding new tools to help make the process simpler, as well as new parameters to tweak the visual effects.

And here we are! This prison is considered v1 (first pass), and will likely get polished again later - but it already looks pretty nice!

That's it for today! Hope you enjoyed the article and that you learned something new! Don't hesitate to drop a word on our Forums or on Discord, and ask if you have any questions!

It is a very important step as we need to start testing the gameplay inside the level as soon as possible - especially in a game like Solasta where verticality is key.