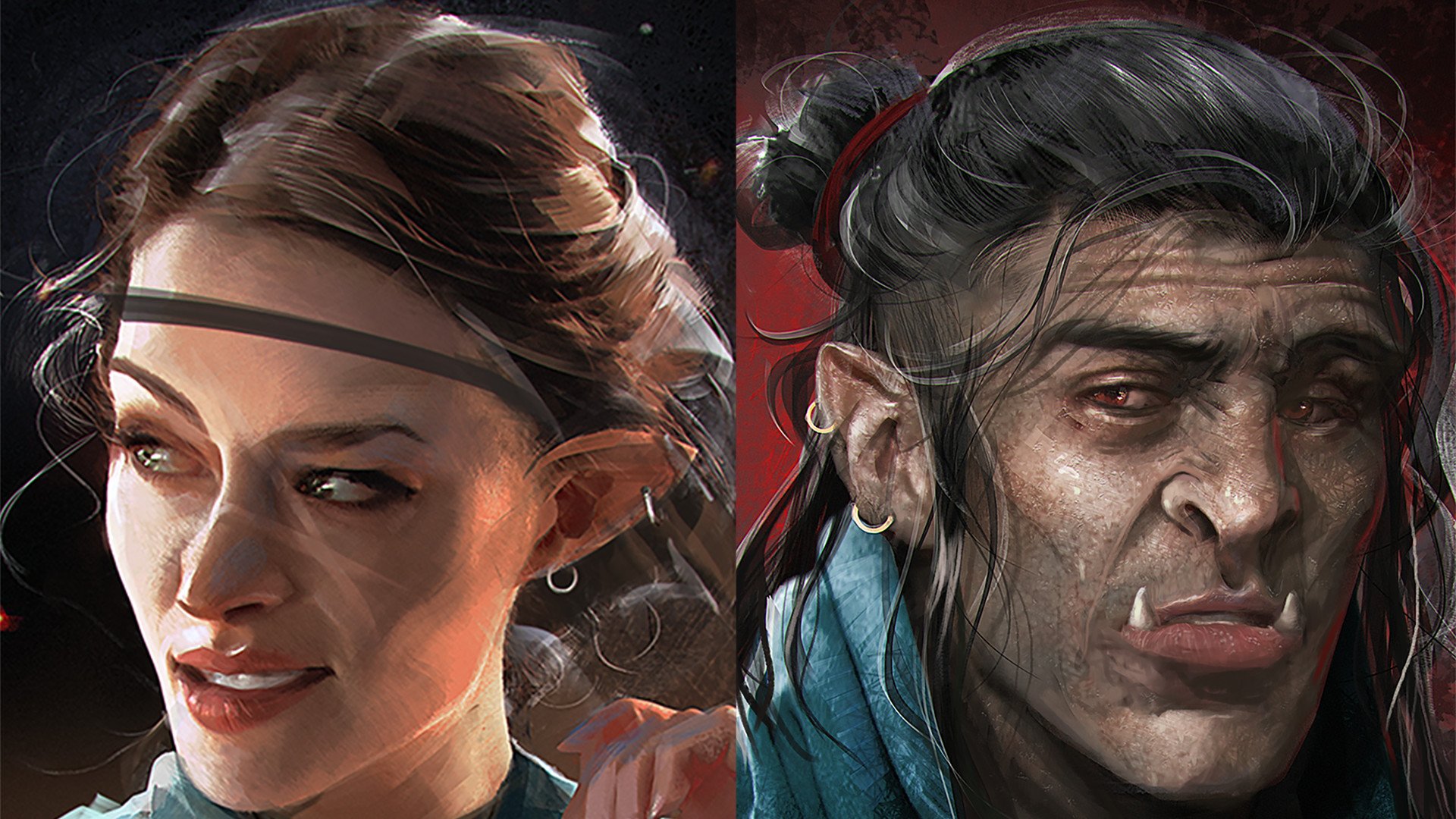 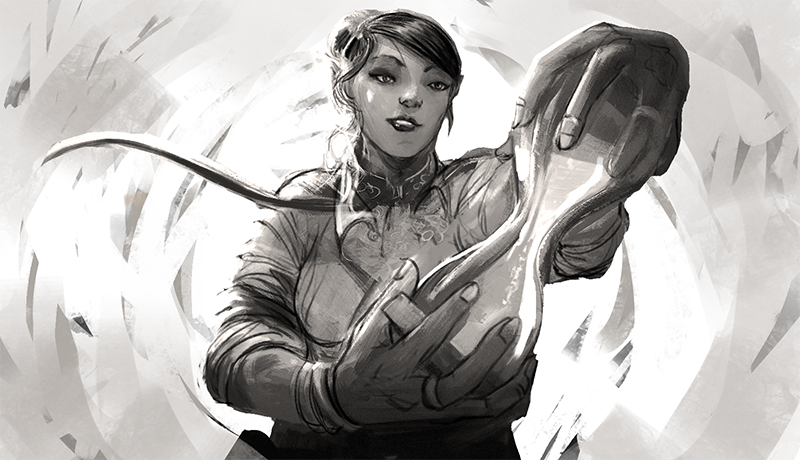 Time is running out!

We've now passed the last 72h of the Kickstarter Campaign, and Cohh Carnage has been unlocked as a Guest Voice Actor. Next in line is the much requested Ranger Class!

Wait what's that? We're revealing 2 Stretch Goals at once? You're right, because it's time for another Community Poll - this time to decide on the next race to implement! Half-Elf, or Half-Orc?

Voting period ends when we reach the Stretch Goal. Similarly to the previous poll, Backers vote will have more weight!

Most half-orcs are children of violence rather than romance. Those raised in an orc tribe are usually persecuted for their physical weakness, and learn early to compensate with their higher intelligence – higher by orcish standards, that is. Half-orcs raised among humans suffer in a different way, ridiculed for their ugliness and seen as little more than beasts, at least until they grow into their adult size and strength. After that, the comments and jokes are mostly kept out of their hearing.

Being rejected by both their parent races and belonging nowhere, half-orcs tend to stick together. In a town or city they will have carved out their own quarter, and made sure that it is easily defensible. The same holds true for orc camps and caves.

Half-orcs are taller than humans on average, with broad shoulders. They tend to have red eyes. Many claim this is from the fire of their natural fury. They have slightly protruding loser canine teeth, giving them a somewhat brutish appearance. In contrast, their skin is very smooth, and they have very fine hair, usually dark in color. 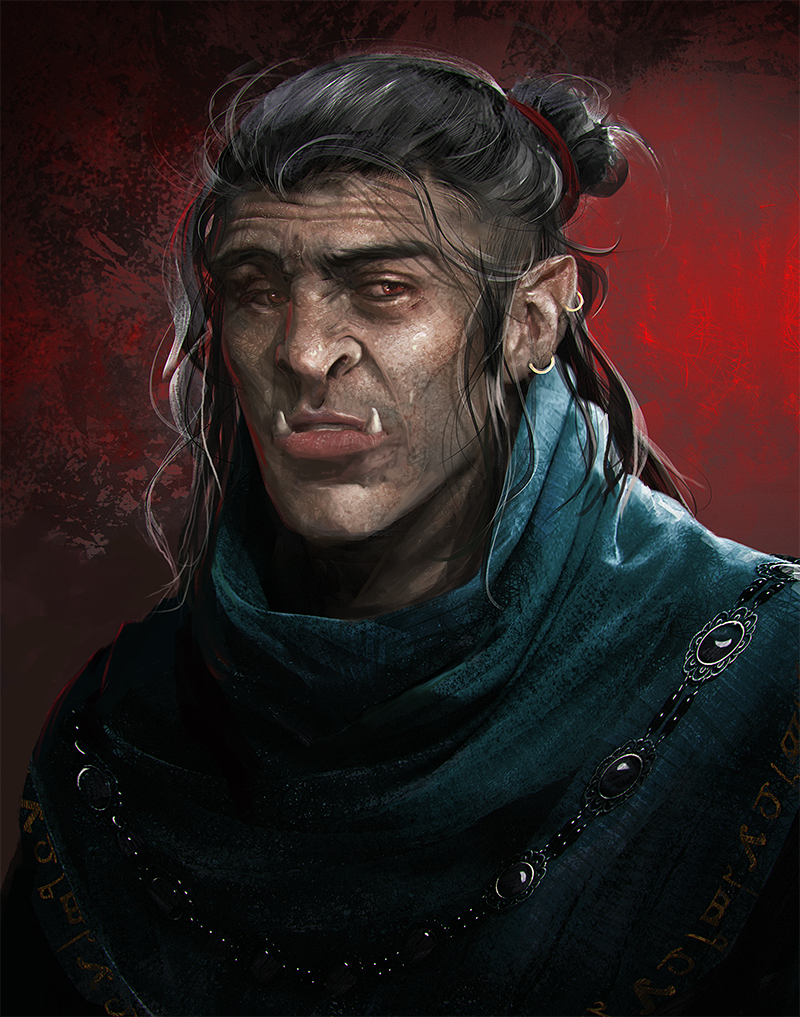 This explains why half-orcs are rare on Solasta, almost millennium after they first appeared.

Half-orcs are often found in the Marches, far from civilization. Some are members of orc tribes, while others have integrated into the settlements of other races. There are also a few settlements exclusively populated by half-orcs.

They can also be found occasionally in the lands of the Snow Alliance and the Principality of Masgarth, often working as bouncers, caravan guards, or criminal enforcers. The melting-pot cultures of these two nations makes them more welcoming to half-orcs – or, at least, tolerant of them - and encourages integration. While they may not make many close friends of other races, they can at least hope to be treated fairly.

The native races of Solasta are not able to interbreed, so there were no half-races before the humans arrived. As humans spread across the world in the wake of the Cataclysm, they became valued for their divine magic and for their ability to work without magic at all.

They were of great help to the nonhuman communities where they settled, and in some instances, shared difficulties led to intimacy. To the great surprise of all, it was discovered that humans and elves could produce viable offspring.

The sylvan elves of Colthannin were more welcoming to the humans than the high elves, so most half-elves are part sylvan elf. Sylvan elves like half-elves, finding much to enjoy about their affinity to Misaye in her mischievous aspect.

High elves, on the other hand, tend to frown upon half-elves, regarding them as the fruits of misalliance or worse. Because of their “impure” blood, their lot in the New Empire can be a harsh one.

Half-elves combine the physical traits of their parent races. Their build is slender by human standards but sturdier than that of most elves. Their faces are very fine, with pronounced angles and planes. Eyes are invariably of different colors, although one eye is always gray. Male half-elves can grow facial hair, and most wear a fine, silky beard.

While they mainly follow human fashions, half-elves tend to wear bright clothes of a daring cut. Whole few humans could carry off such fashions, but the half-elves’ natural elegance and flair ensure that while daring, they are never vulgar! 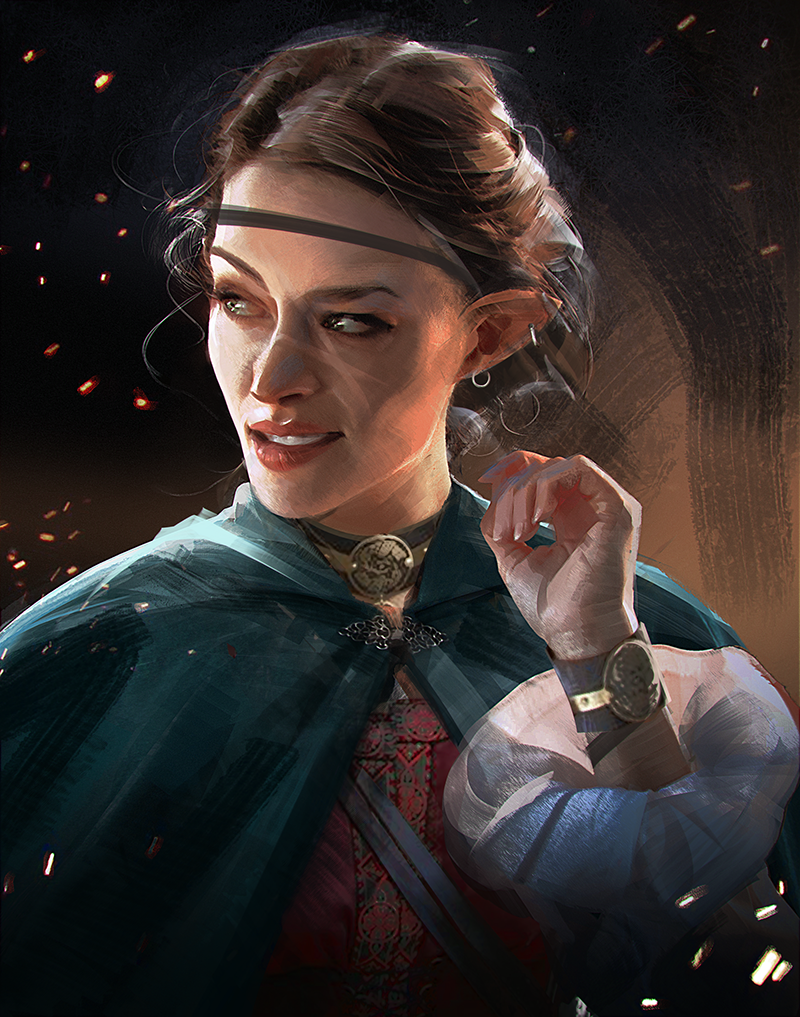 This explains why half-elves are rare on Solasta, almost millennium after they first appeared.

The largest concentration of half-elves on Solasta is the town of Gift, in the Sylvan Realm. They are found in smaller numbers across Solasta, sometimes living in half-elf enclaves in the larger towns and cities, and sometimes integrated into the population at large. The New Empire has the smallest population of half-elves, as some traditionalists and reactionaries there regard their existence as an abomination.