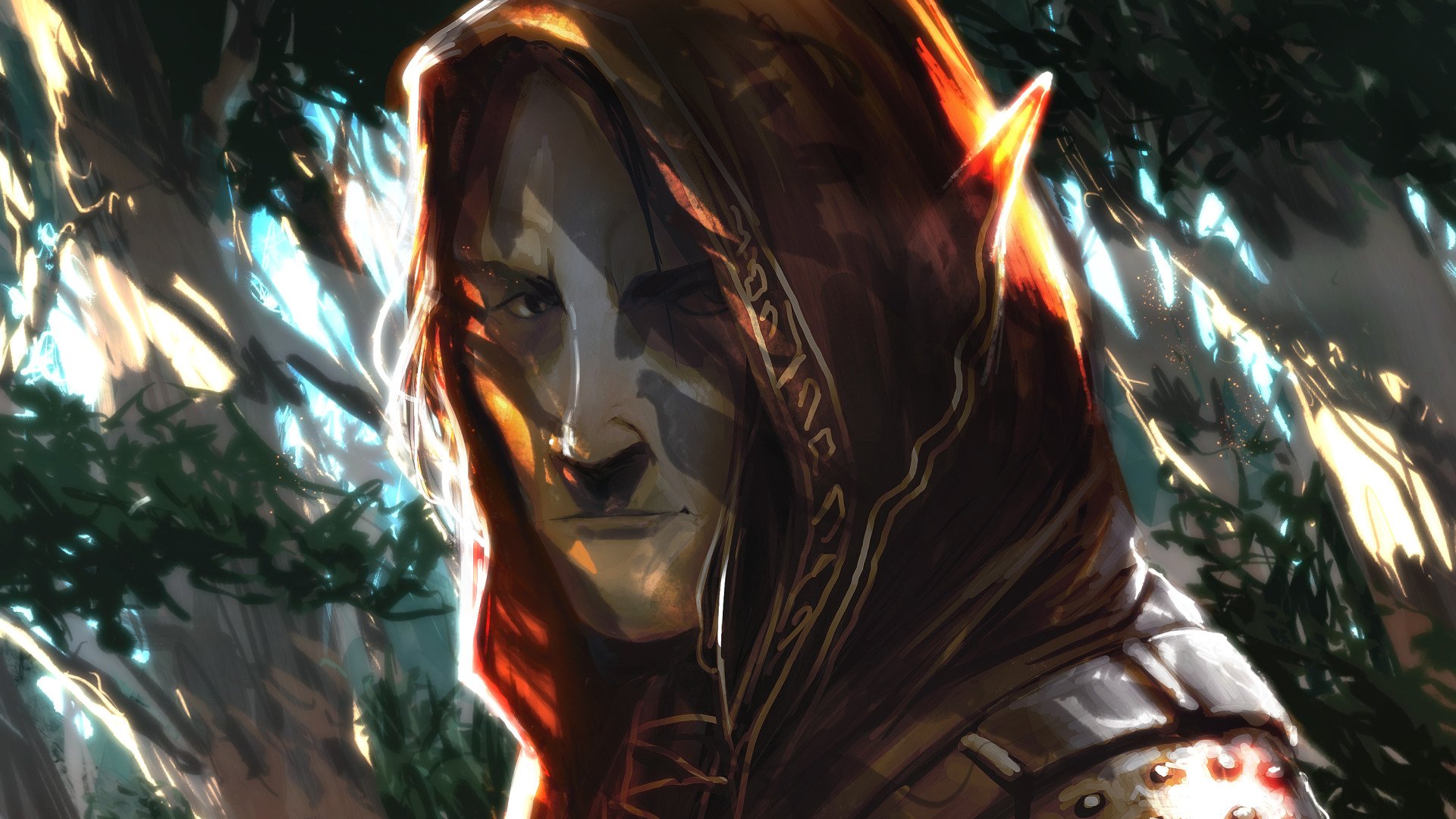 Children of earth, the dwarves evolved underground, and came to rule an extensive realm beneath the mountains in the west of the continent, with great tunnel-highways connecting the dwarven undercities.

Toward the end of the Elven Wars, a series of earthquakes led to the creation of the Inner Sea. Many tunnel-highways collapsed, and others were flooded. The dwarven realm was broken two parts: the hill dwarves to the south and west of the Inner sea, and the snow dwarves to the north and east.

The hill dwarves have changed little in the intervening millennia. They still live mostly underground, and their skills in working stone and metal are legendary.

Numerous inventions have been developed to make life easier and improve the quality of dwarven crafts: not least among them are the great pumps that emptied the flooded tunnel-highways and continue to keep them dry.

Cut off from the rest of the dwarven realm, the snow dwarves adapted to survive and thrive in their harsh, frigid environment. While still a predominantly underground people, the snow dwarves spend more time above ground, hunting and trapping food and prospecting for minerals. They have developed considerable outdoor survival skills as a result, perhaps, becoming even coarser and rougher in the process.
The Cataclysm and After

The Cataclysm further devastated the hill dwarf kingdom. Ancient enchantments had kept two great volcanoes dormant for uncounted ages, but as mana drained from the land in the aftermath of the Cataclysm, the protections were broken.

Countless lives were lost to earthquakes and lava, and more to flooding as the Inner Sea claimed more of the land. Whole settlements were destroyed, and the hill dwarf lands were cut in two by a new volcanic wasteland. The northern and southern kingdoms survived thanks in part to some expansion on the surface, as many of the deeper tunnels were still unsafe.

The snow dwarves fared better, being far from any active volcanoes. They were affected by the loss of mana from the land, but having been among the first to welcome human refugees, they profited greatly from their divine magic.

Enjoying the wilderness and the simplicity of life in the wilds, the snow dwarves also forged an alliance with the like-minded sylvan elves living in their territory, and the Snow Alliance, as it was named, has enjoyed prosperity and peace with its neighbors. Its people remain vigilant, though, as the time since the Cataclysm has not been without strife.
Appearance

Dwarves are shorter than humans by a head or so. However, their broad and muscular build means that they weigh about the same.

Snow dwarves are a little taller and slimmer on average, but still significantly shorter and stockier than humans. Their overall range of skin tone is similar to that of humans, although snow dwarves often have a slight blue-gray tint, almost the color of slate. Dwarven hair color varies from black through chestnut brown and red-brown to gray. The hair is most often bound up in a braid or a ponytail. Their eyes are generally on the dark side.

Clothing usually reflects the colors of a dwarf’s clan. Hill dwarves favor sashes in their clan colors, while snow dwarves wear clan emblems embroidered into the trim of their cuffs and collars.

The elves are native to Solasta. Not even they know how old their race is, or how it came to be: it seems as though they always existed, surrounding and watching as the world came into being, yet remaining apart, just as the air surrounds and permeates the world without being noticed. Some elves say that their race was never created, but has existed since the beginning of time. Others claim that they are the children of air and mana.

The elves came into being into a region which they called Aer-Elai. This region became the heart of their empire, and, later, the Badlands. After the Elven Wars, the elven race underwent as schism as some pursued imperial power while others preferred to stay close to nature. The Manacalon Empire expanded steadily thanks to the elves’ natural affinity for magic, while the forest of Colthannin became a secretive refuge.

The Cataclysm tore the heart out of the Empire. The New Empire was born from the only former Imperial province that managed to keep the old ways. Its high elves dream of restoring lost glory and still follow most of the ancient customs aimed at bringing civilization to all races.
High Elves

The elves of the Empire had called themselves Sitherna, which means “lords” or “exalted” in their language. In the common tongue, it is generally translated as “high elves.” They consider themselves superior to all other races, including their sylvan cousins. They take great pride in the purity of their blood, their mastery of arcane sorcery, and their self-appointed position as the rightful rulers of Solasta.
Sylvan Elves

Some elves refused to follow the way of Empire and civilization. These "followers of the old ways" (dilynwyr henfyrd in the elvish language) used their magical heritage to grow closer to nature and strive for harmony rather than civilization, as they felt it should have been for all elves. These elves moved far from the lands of the Empire, settling far to the east in the forest of Colthannin. In the millennia that followed, these sylvan elves effectively became a separate race from the high elves.

The Sylvan Realm does not welcome visitors, but many of its sons and daughters suffer from wanderlust and can be found outside its borders as traders, trappers, travelers, adventurers, and explorers. Colthannin is said to be a place of wonders, which shows not traces of the Cataclysm. Keen-eyed archers and subtle greenmages patrol its borders, watching for invaders and punishing those who threaten the balance of nature.

Outside Colthannin, smaller sylvan elf settlements may be found in forests all over Solasta. Many sylvan elves live in the lands of the Snow Alliance, and a few may be found further to the west in the dwarven kingdoms.
Appearance

Most elves are slightly shorter than the average human, and lighter of build. To most other races, their pointed ears are the elves’ most distinctive physical characteristic.

If it were not for the differences in their dress and demeanor, most non-elves would find sylvan and high elves very difficult to tell apart. High elves tend to have pale, almost silver-white skin, with hair ranging from ash-blond to pale red and eyes of pale blue, silver-gray, and pale gold. The skin of sylvan elves has a slight copper hue, and their hair tends to be a little darker than that of the high elves. Red hair is not uncommon. Sylvan elves frequently have green or amber eyes.
Paladin vs Ranger, voting ends Sunday 22nd!

Today we're featuring a Fan Art by Lyfae, who's given some love to our Dwarven Cleric Vigdis!
Referral Program Tutorial