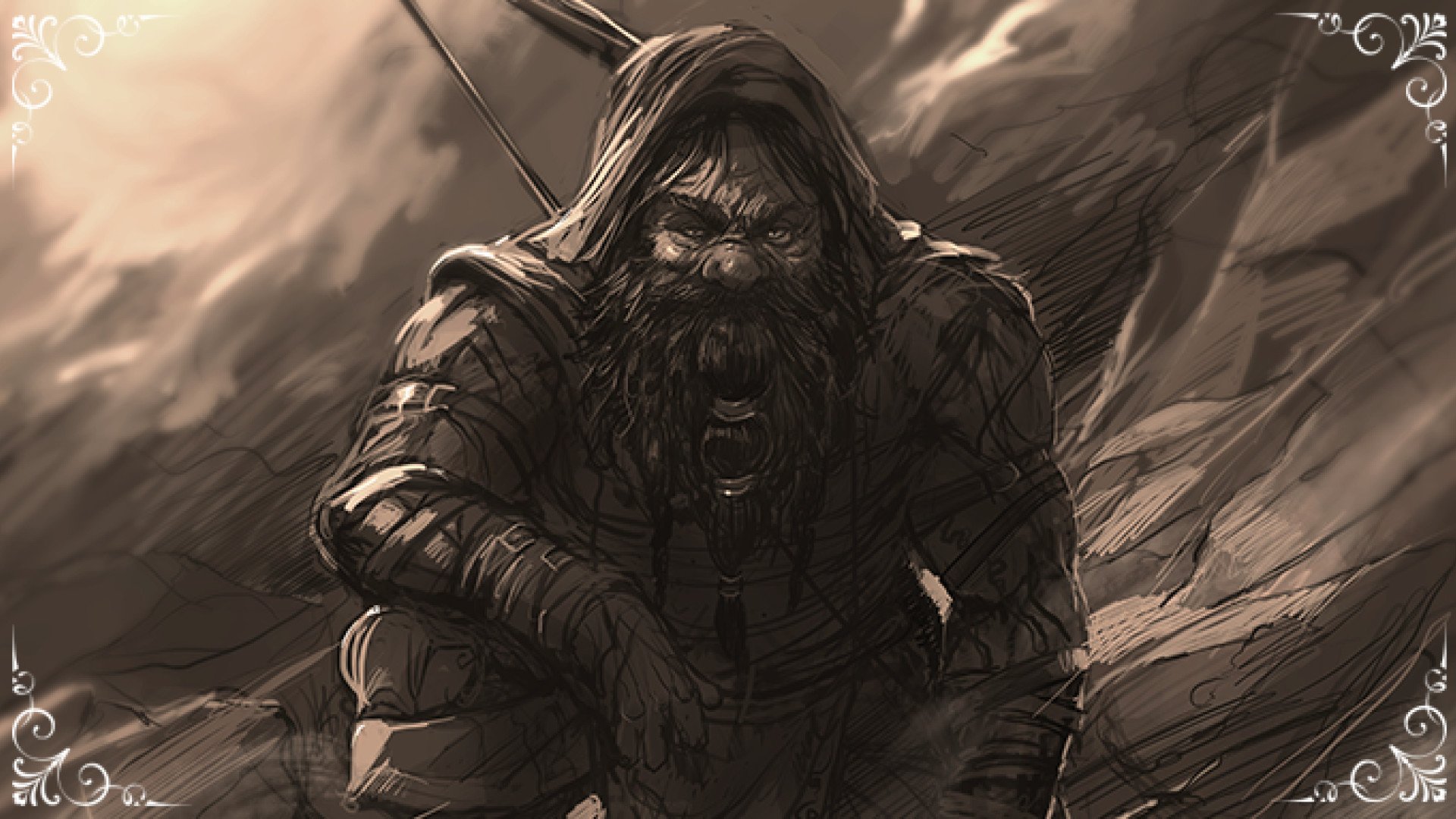 Paladins of Solasta are elite warriors who swore an oath to fight against evil. In addition to weapons and armor, they wield the divine power of their deity.

Between tours of duty guarding temples and other sacred places, paladins wander the world in a quest to spread justice and to uphold their sacred oaths. Bound to their faith by this unbreakable promise, they are granted divine powers and clerical spells, as well as powerful abilities that serve them in battle.

The Oath of the Motherland

Paladins who follow the path of the Motherland are generally lone wanderers who do not find comfort within standard religious tenets.

Having encountered the mesmerizing power of the volcanoes of the Badlands, they embraced the creed of the Motherland, and hope to restore the Badlands’ purity by cleansing them of monsters and turning the fallen lands of the Manacalon Empire into a new world – one of fiery brutality and pure wilderness. That is why they call the dreaded Badlands their Motherland.

Masters of fire, they worship Arun, the prime god of the elements, and consider the volcanoes of the Badlands as the supreme manifestation of his power. Their powers seem to embody the fury of the volcano in their very soul.

These paladins belong to an ancient order, inherited from the Tirmarian Inquisition. Some regard them askance, as they continue to be obsessed with the ancient archenemies of humans from Tirmar, from the time before the Cataclysm. Despite this – or perhaps, because of it - their creed remembers the pain inflicted by their suspicious ancestors on their own people, and emphasizes the need to be sure that one is not fighting the wrong people. They conduct their rituals in the ancient language of Tirmar and bear the symbols of the old Inquisition, but instead of the fallen god Arivad they worship Einar, the god of valor and fidelity.

Their powers are those of a truth-seeker, designed to bring light to darkness, to reveal hidden secrets, and to embody truth with their own voice.

The “classic” paladin is clad in bright armor and fights for justice, virtue, and order, following the path of honor, courage, faith, and chivalry. Such paladins worship either Pakri, the goddess of the law, or Maraike, the patroness of healing and mercy.

Paladins of Pakri are vigilantes first and foremost, seeking to punish lawbreakers and support those who maintain order through the land. Followers of Maraike are healers and providers of comfort for the weak and the poor.

Their powers make them perfect fighters of evil, and the undead, and protect them from the dark powers of their enemies.

Wanderers of Solasta’s wilderness, rangers are the kind of people who prefer to sleep out in the woods rather than in a town inn, listening to the sounds of nature rather than the chatter of people.

Trained survivalists and hunters, they are fierce combatants but have enough subtlety to be stealthy when needed. Excellent trackers and archers, they can also have the ability to cast spells that channel the powers of nature.

Masters of the of melee and ranged combat, these are Solasta’s supreme predators. Able to track their prey for days through the worst terrain, they dedicate their whole being to the art of the hunt.

They develop a variety of combat techniques, depending on their prey of choice. Some hunt giants, while others specialize in fighting hordes of smaller monsters.

Heirs to the high elf archery traditions of the old Empire, these are undisputed masters of their art and the deadliest ranged combatants on Solasta. Their specialized training includes many different techniques:

Used to wandering the desolated Badlands, these rangers know the lore and languages of darkness, traps, and the underground world. They walk without fear where others would hesitate to tread.

Simply put, a shadow tamer is at ease when others are not. The numberless hazards of the Badlands include darkness, monsters, rough terrain, bad weather, and chaos. Shadow tamers take all of these dangers in stride.

Heights, depths, darkness, monsters: none of these bother them. In fact, they make them deadlier. In the monster’s den, they are the greater monster.

Voting period ends Sunday 22nd. Paladin is currently in the lead (not by much)!