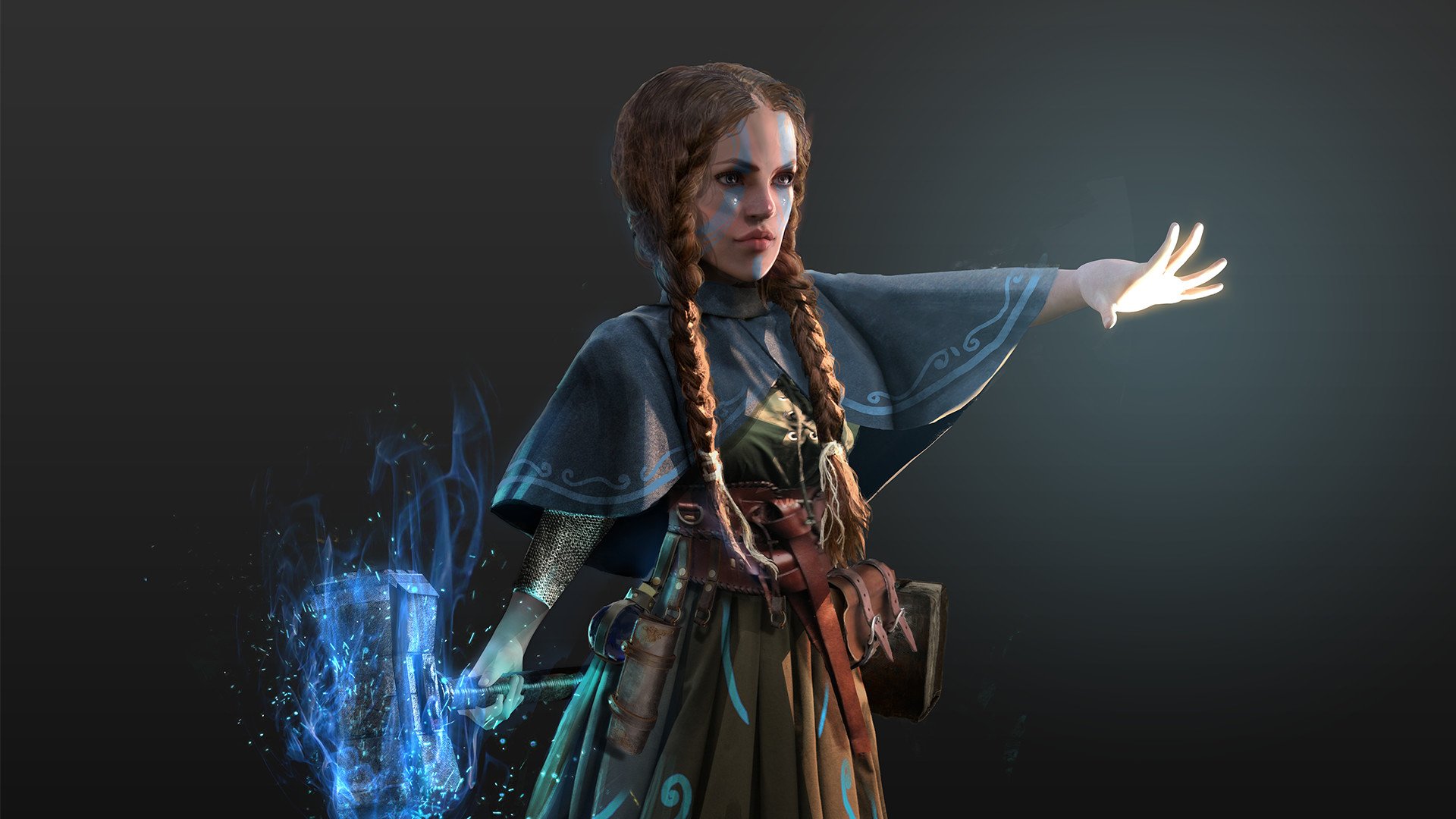 The Halflings of Solasta

The halflings have always had an affinity toward water. Very few folk from other races know, for example, that our young are born in water and are amphibious for the first part of their lives.

According to legend, the halfling race began in the great marshes of Olme Fen, where the marsh halflings still live. The name “Olme” is fen dialect for “home,” and is pronounced in a very similar way.

The Manacalon Empire of the elves could not conquer the fens, and the Cataclysm, while it certainly caused some problems, harmed the halflings far less than other races. Because of this, some scholars snidely claim that halflings have no history, because they never did anything except hide in the fens. In fact, the halflings have a history that is just as rich as that of any other race. While halfling history will not be found in elven chronicles or dwarven archives, every halfling knows enough history to keep telling stories for as long as the food and drink last.
The Marsh Halflings
The fens of the north-east are home to a large halfling population, most of them making a living from fishing and fowling just like their ancestors have from time immemorial. The marsh halflings, as outsiders call them, seldom travel far from their homes, but they can claim, with good reason, to know every reed and every sinkhole in the few miles round about. They have little curiosity about the outside world and many visitors find them unwelcoming, but they themselves would say that they mind their own business and wish others would do the same.

The Island Halflings
Not all halflings were content to mind their own business, though. As far back as histort records, young and venturesome halflings have found easy employment on the boats and ships that ply the rivers and seas. In the earliest times, some would make their fortunes and return home. Many more remained out in the world, though, founding halfling quarters in many ports and settling the southern islands from which their race takes its name. Even the might of the Imperial elven navy was not equal to their seamanship.
Appearance
The halflings call themselves “folk,” a word which has been borrowed into the Common tongue for people in general. “Halflings” is a name given by other races: first the elves, who called them leathaine (“half-people”), and later by humans. This is because a typical halfling is about half the height of an elf or a human, though elves and even humans are a little thinner in proportion. Skin, hair, and eye color are very similar to those of humans. Marsh halflings tend to be slimmer than island halflings, as well as being paler of skin and darker of everything else.