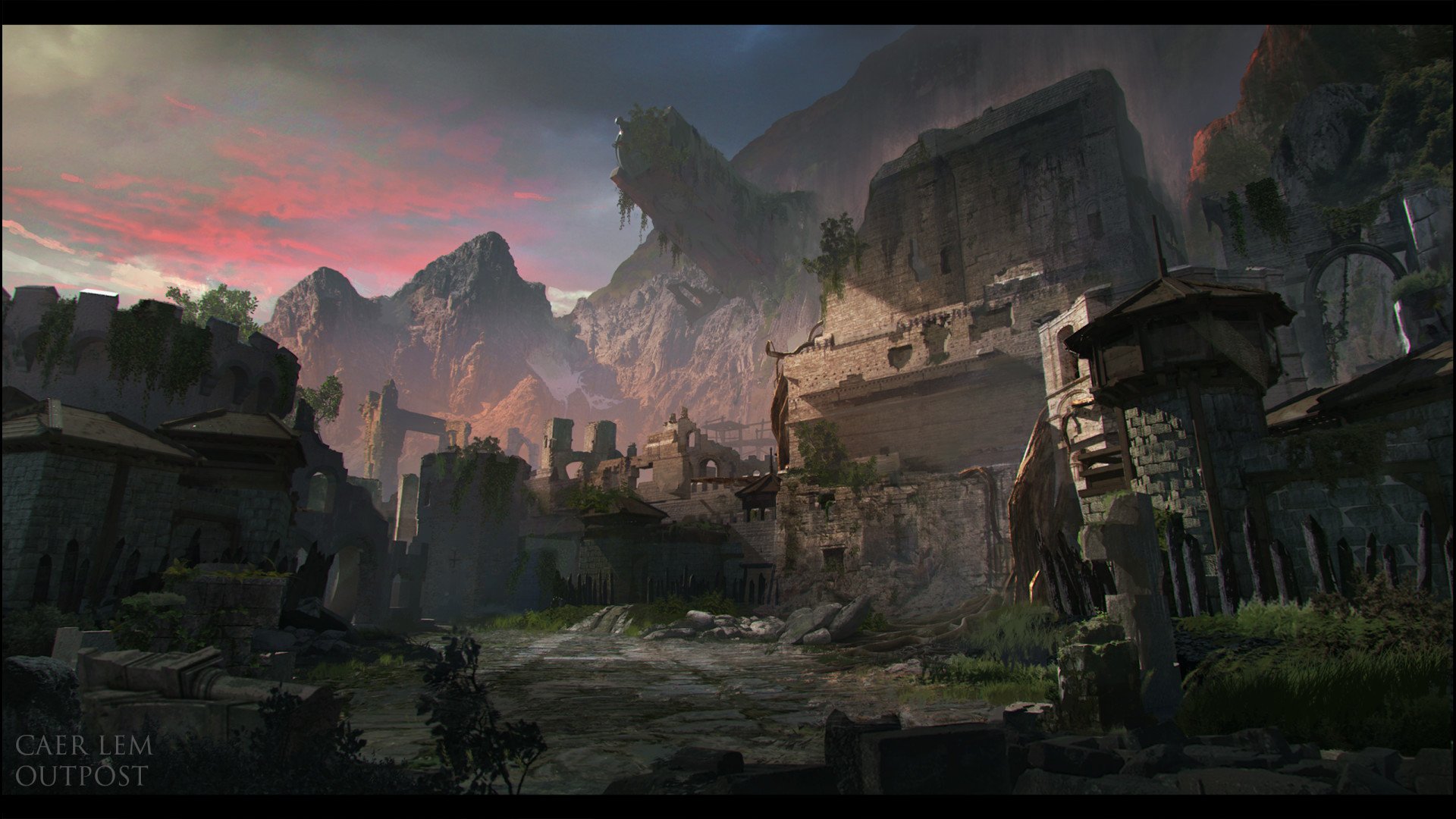 An Introduction to the World of Solasta

Solasta is an old world.

From the mists of history, three races arose: Halflings, Dwarves, and Elves. At the height of the Elven wars, the creation of the Arcaneum, an institution dedicated to magic, marked the birth of the Manacalon Empire, and the beginning of the elves' supremacy over Solasta. The path of empire led to a separation: while the self-named “high elves” sought dominion over the whole world, the ancestors of today’s sylvan elves withdrew to the forests of the east and devoted themselves to living in harmony with nature and resisting the ambitions of their imperialist cousins.

The Empire grew slowly but steadily, spreading out from the elven homelands of the Aer-Elai and conquering the lands that would become known as the Inner Provinces. Few could resist the power of elven magic – but then, the expansion faltered.

The lands of the snow dwarves were harsh, buttressed by cold and high mountains. Strengthened by the neighboring sylvan elves, the Snow Alliance fought the Imperial armies to a standstill, despite their magic.

In response, the Manacalon Empire looked to expand in other directions, relying in its control of the plains to protect it against attacks from the north. Further territories were conquered in the south, east, and west, adding the Outer Provinces to the Empire and swelling the population of non-elven slaves who toiled to create its glory. Between the brute force of the Empire’s Iron Legions, the magical might of the Arcaneum, and the cunning of the secret service known as the Silent Whisper, resistance was futile. One by one, the small kingdoms surrendered until the Empire spanned a continent, supreme and unchallenged.

Without warning, the Rift opened within the Aer-Elai, and countless thousands of humans poured through from a world they called Tirmar. The Empire responded to the sudden threat, but its forces discovered that the humans of Tirmar commanded a power that was completely new to godless Solasta. The humans’ deities had come with them, and their divine magic was more than equal to the arcane sorcery of the high elves. Even so, after a series of hard-fought battles the humans turned away from the Aer-Elai, moving north towards the lands of the Snow Alliance.

The Empire did not realize at first that the invading humans were refugees, fleeing an ancient threat – and no one knew that the threat was coming through the Rift after them.

When the truth became known, the Empire joined forces with the human newcomers and Solasta’s free peoples. The Empire’s most powerful wizards, the masters of the Arcaneum, gathered to close the Rift and save Solasta. They succeeded, but at a terrible price: a great Cataclysm tore through the heart of the Empire.

The Cataclysm shattered the Manacalon Empire. The homelands of the Aer-Elai were warped beyond recognition and the Inner Provinces became monster-haunted wastes. Magic drained from the land. The very fabric of reality and the geography of many places was drastically altered: volcanoes erupted, mountains collapsed, earthquakes shattered the land, and civilization teetered on the brink of extinction.

A thousand years later, Solasta has survived and civilization is spreading once again. The effects of the Cataclysm are still felt: the Aer-Elai, where wizards once sat and watched a world at their feet, are now the Badlands, full of monsters, hazards, and the shattered ruins of a mighty empire. Humans have become a part of this new world, learning to live in harmony with elves, dwarves and halflings. Their gods thrive on Solasta, having gained new followers from all races. The land has healed enough for arcane magic to return: wizards can work their wonders once again, with almost as much power as they used to enjoy in the days of the old Empire.