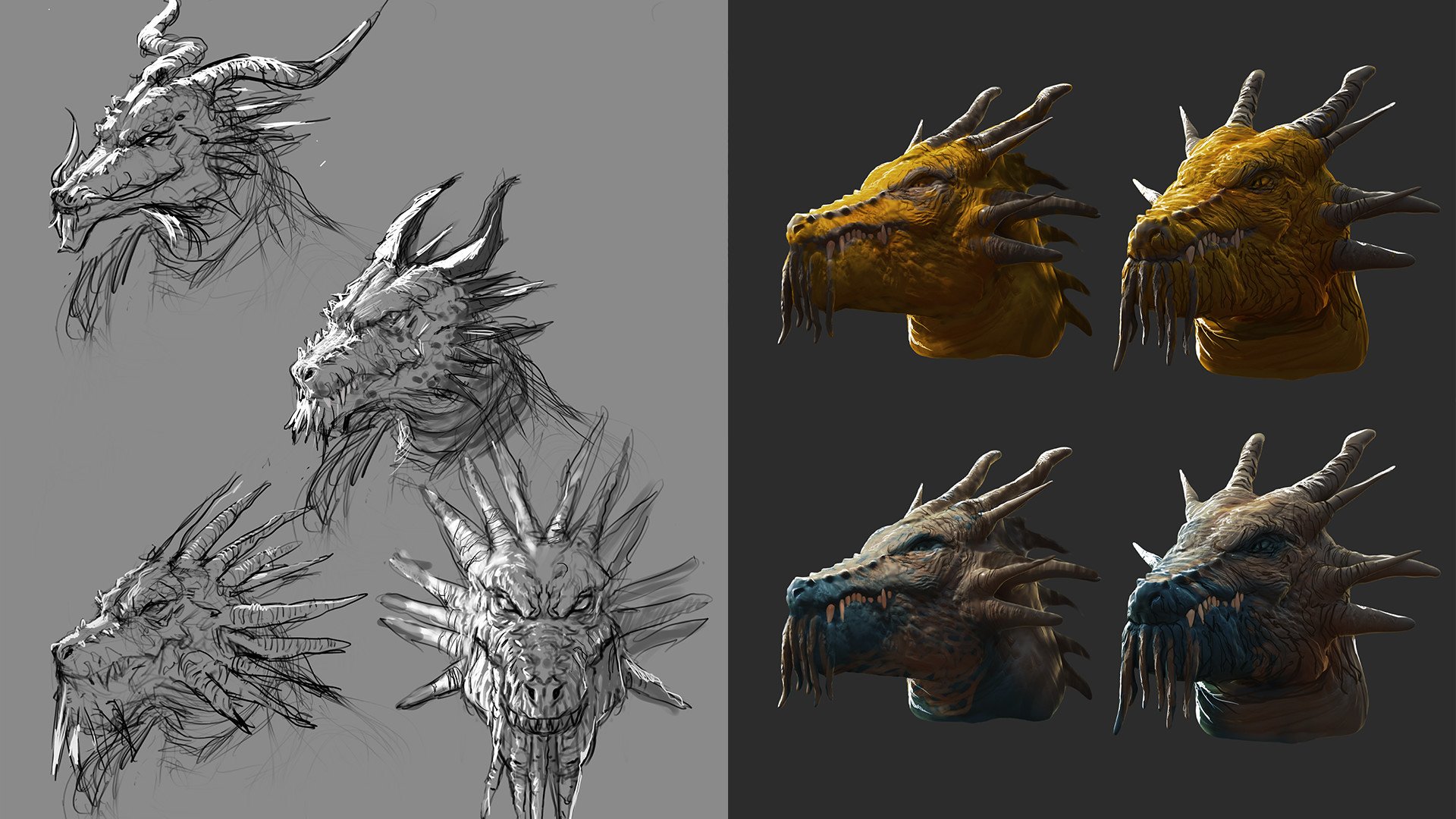 Dev Update #30 - Back with the Dragonborn!

It's been more than a year since our last proper Dev Update (which marked the end of our Early Access!), with Solasta gradually growing larger and larger with new classes, races, improvements, a higher level cap and even another campaign. And now as we're close to getting the final classes to complete the roster, we've decided to give you guys a few Dev Updates every two weeks while waiting for Inner Strength to be released! But before that... for those of you who never read our Dev Updates before, get acquainted to a tradition of ours. Cats! 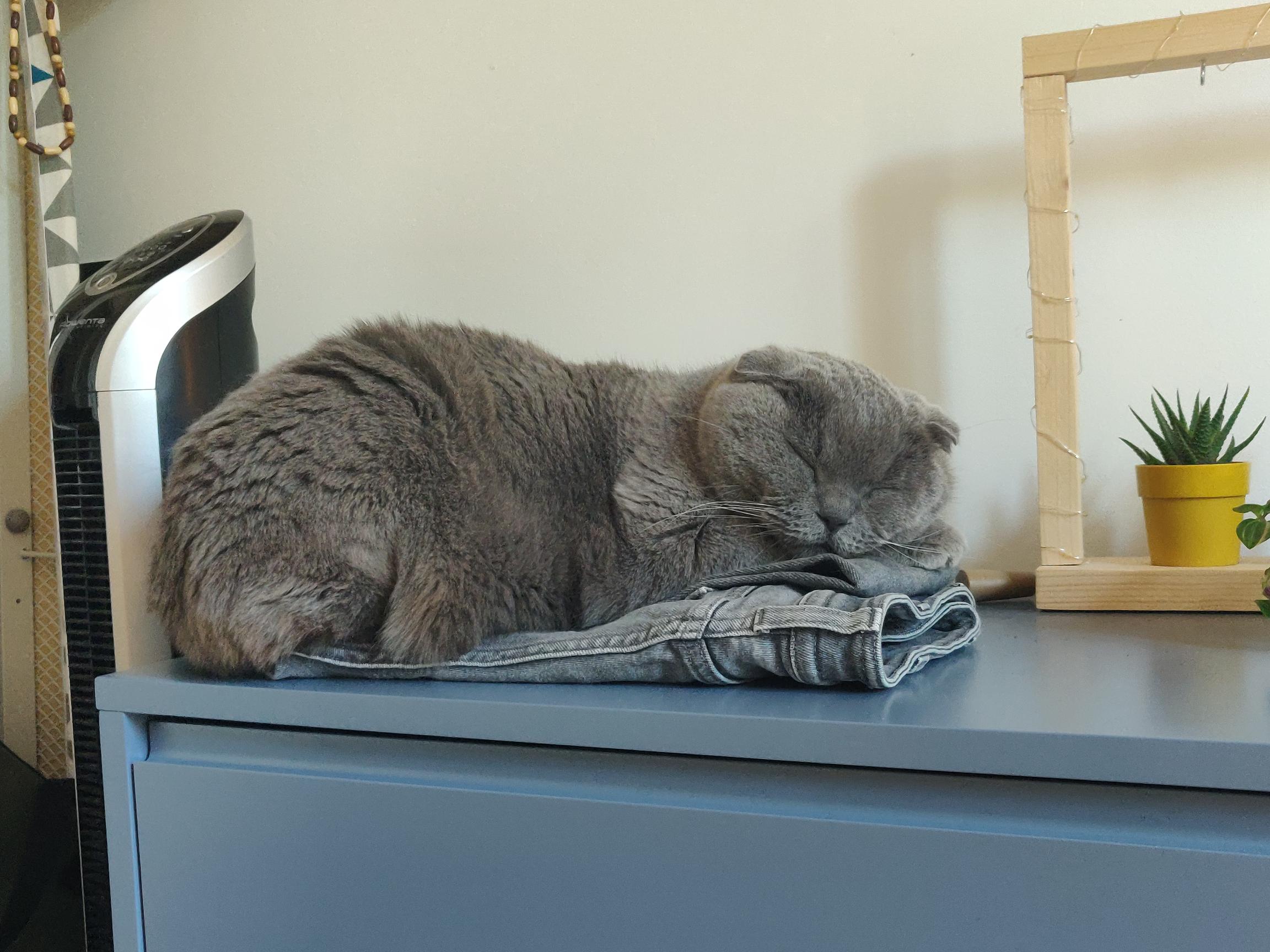 There is something endearing in watching a cat named Kaiju sleeping so peacefully.

Those of you familiar with D&D know that Dragonborns were primarily introduced in the 4th edition (although they were featured in Races of the Dragon from 3e before that). Long story short: Spellplague happened, two worlds collided, hello Dragonborns welcome to Toril (apologies to all the Faerun historians that I've just offended). However, the biggest mystery when it came to the Dragonborn was... What's their origin? Are they descendants of dragons (by blood)? Were they created by dragons (by magic)? Are they victims of a spell that turned them into Dragonborns? Do they simply share an older common ancestor with dragons? Turns out, all we have are legends... which is fine with us! 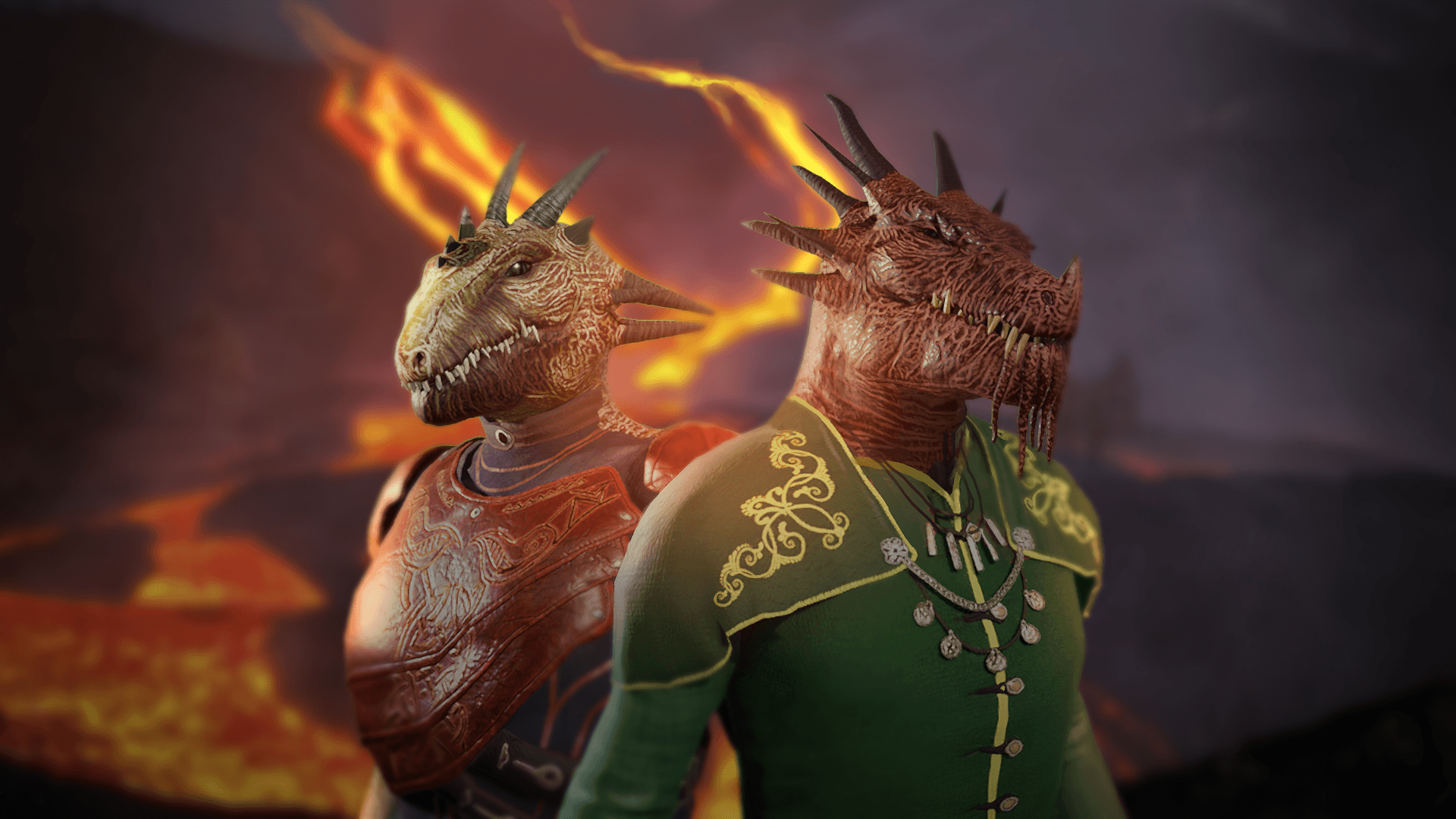 You see, we asked ourselves all these questions to make sure that our Solastan Dragonborn wouldn't go against the very nature of what a Dragonborn should be. Solastan Dragonborns are a little less mysterious than their official counterpart, they are simply descendants of unions between polymorphed dragons and humanoid lineages. Although they were well accepted in the Manacalon Empire, they became very reclusive after the Cataclysm due to a number of reasons. The newly freed slaves did not look kindly upon their former elven masters nor their collaborators (such as the dragonborns) - and their physical appearance would often draw suspiscion from those unfamiliar with the race. And with many grieving their losses from the Sorr-Akkath... So there you have it! In Solasta Dragonborns are rare and fairly secretive, only recently starting to venture back into more civilized lands. With most having completely forgotten about the Soraks, their striking appearance is also less stigmatized than it was in the past.

While our writers were settling on the lore, our artists started experimenting with the visuals - with some tests being very experimental. You'll see what I mean.

Some of the older designs that were dropped for being too monstrous, reptilian or demonic. 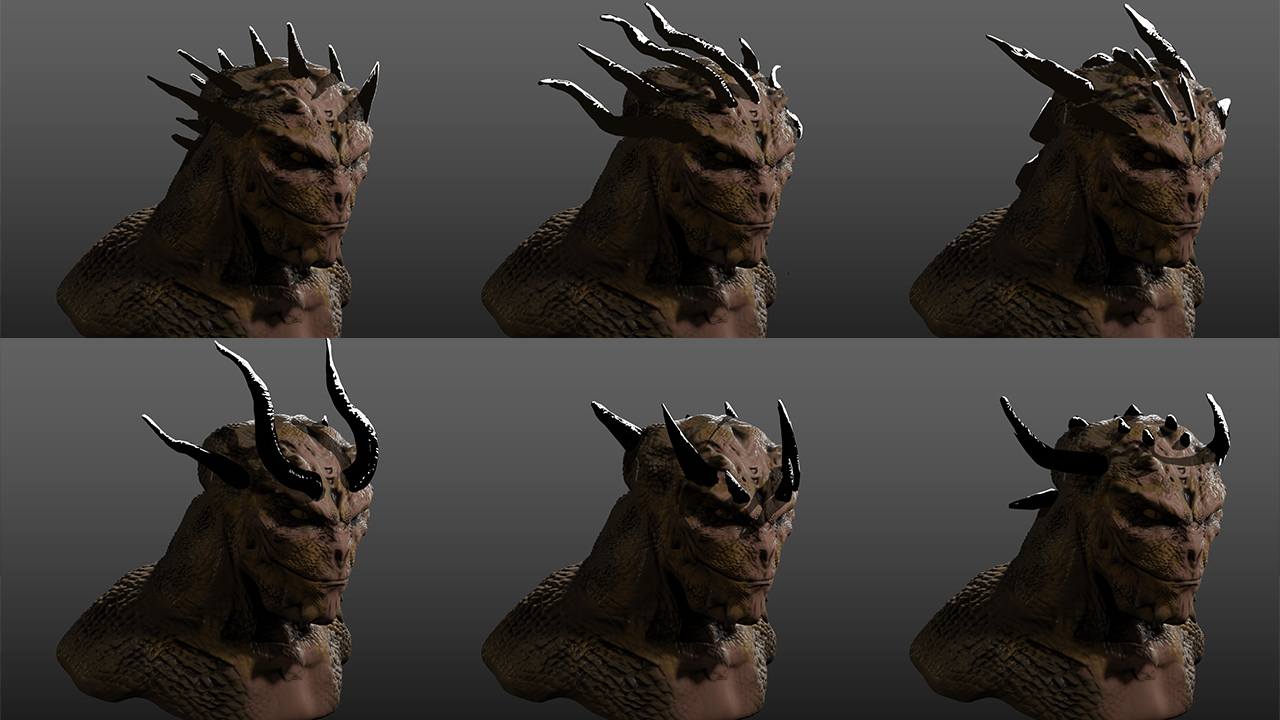 Experimenting with horns, you can see that this version of Dragonborns still had a fairly humanoid face. 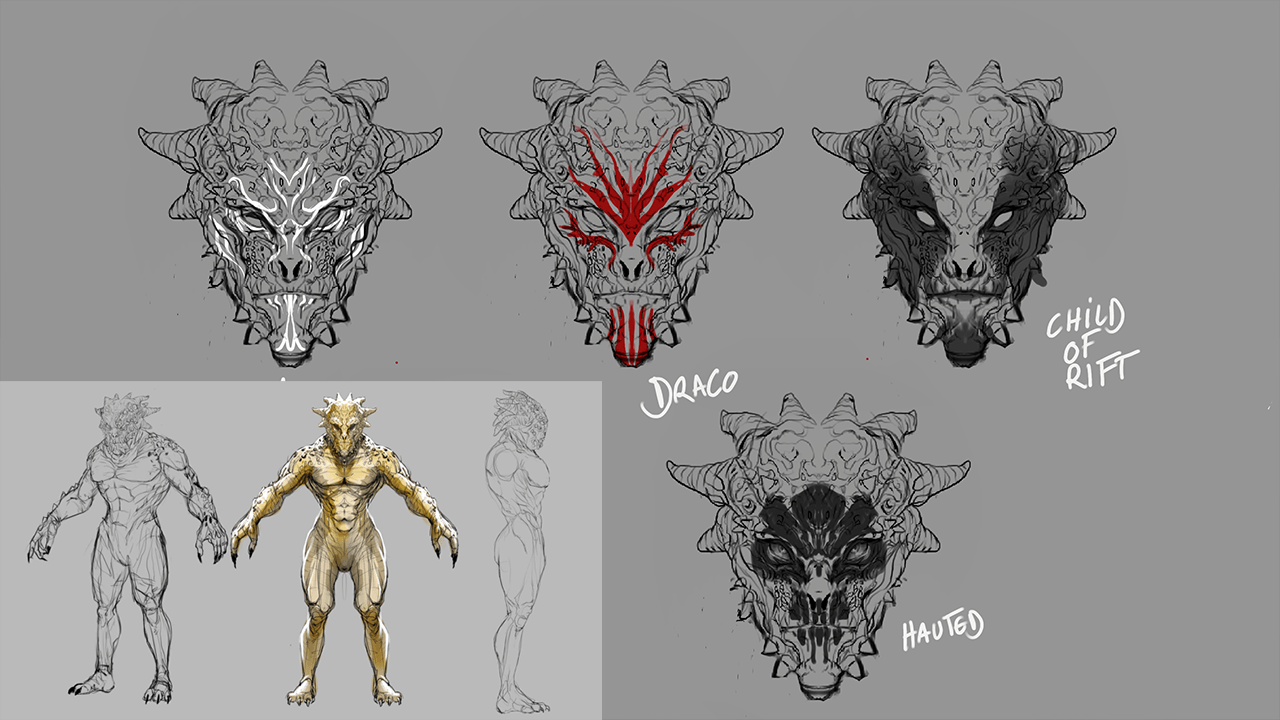 Experimenting with Sorcerer tattoos, again with a different face shape this time a little less human 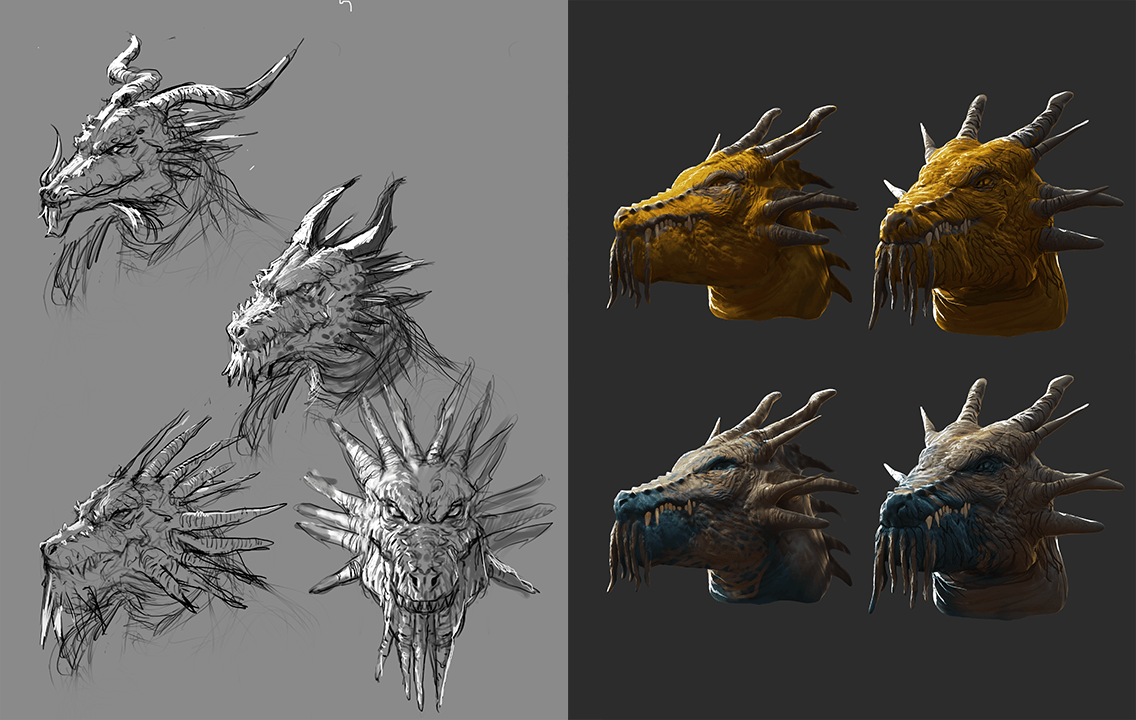 Switching back to the more draconic facial structure, which in the end felt much more faithful to how Dragonborn are perceived by most. 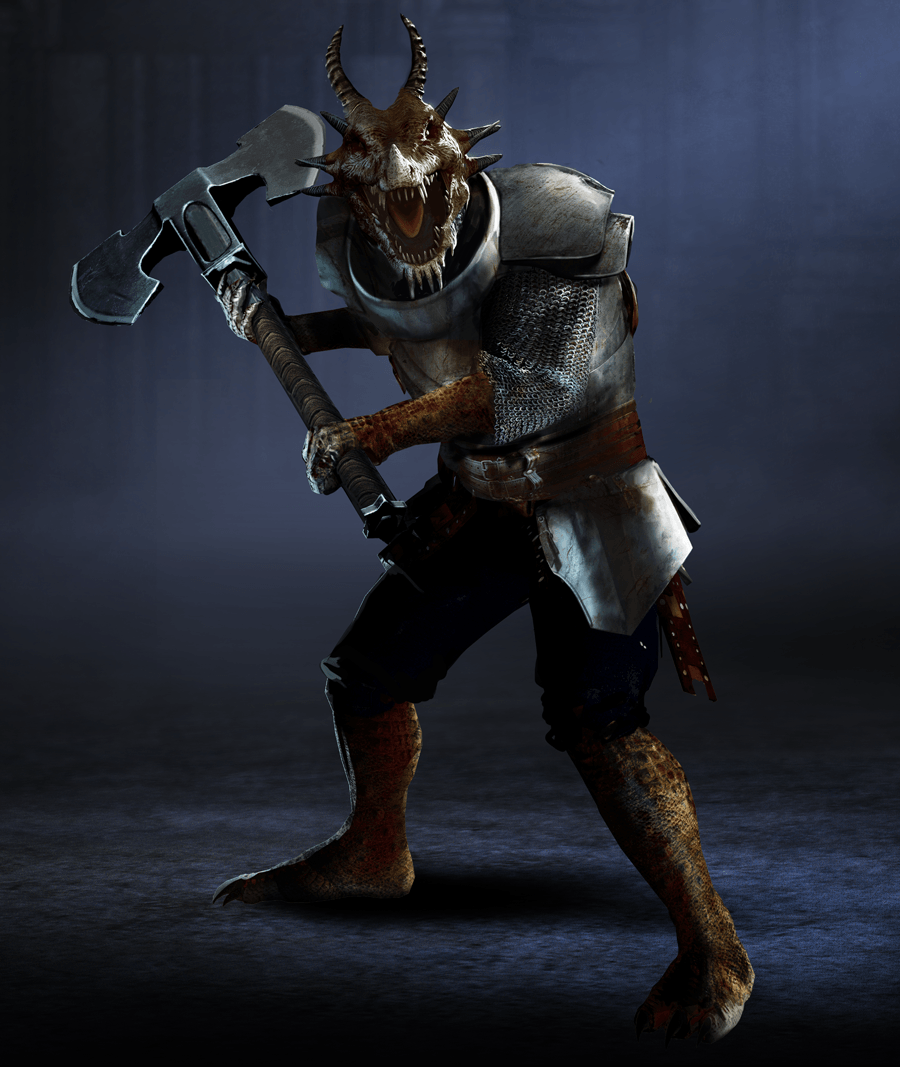 Final Concept Art for our Dragonborn, which was the one revealed during the announcement of Inner Strength

So now that we got a look at the art research, what do the Dragonborns actually look like in-game? Say no more, I've got you covered.

Both male and female dragonborns have 5 different face and horn options (which you can choose from separately), plus a no horn option 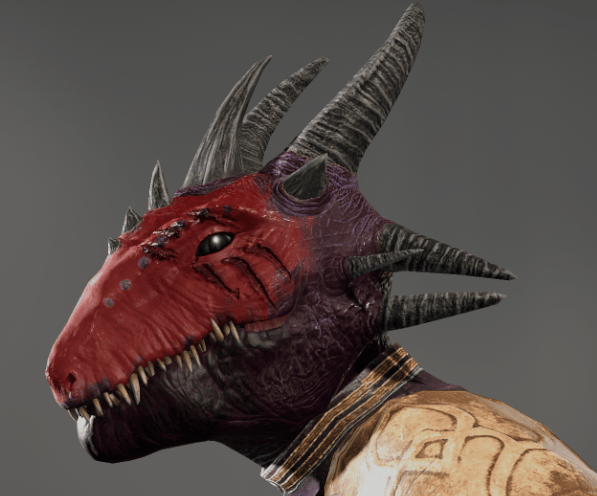 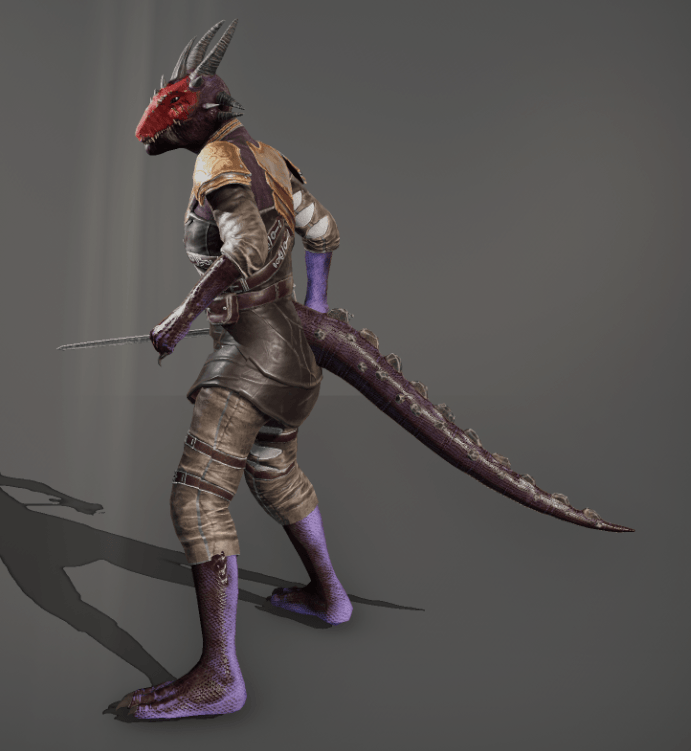 Last but not least, you will have 5 different tail options with a length slider (currently the tail is a little stiff due to a bug which we're fixing), plus a no tail option 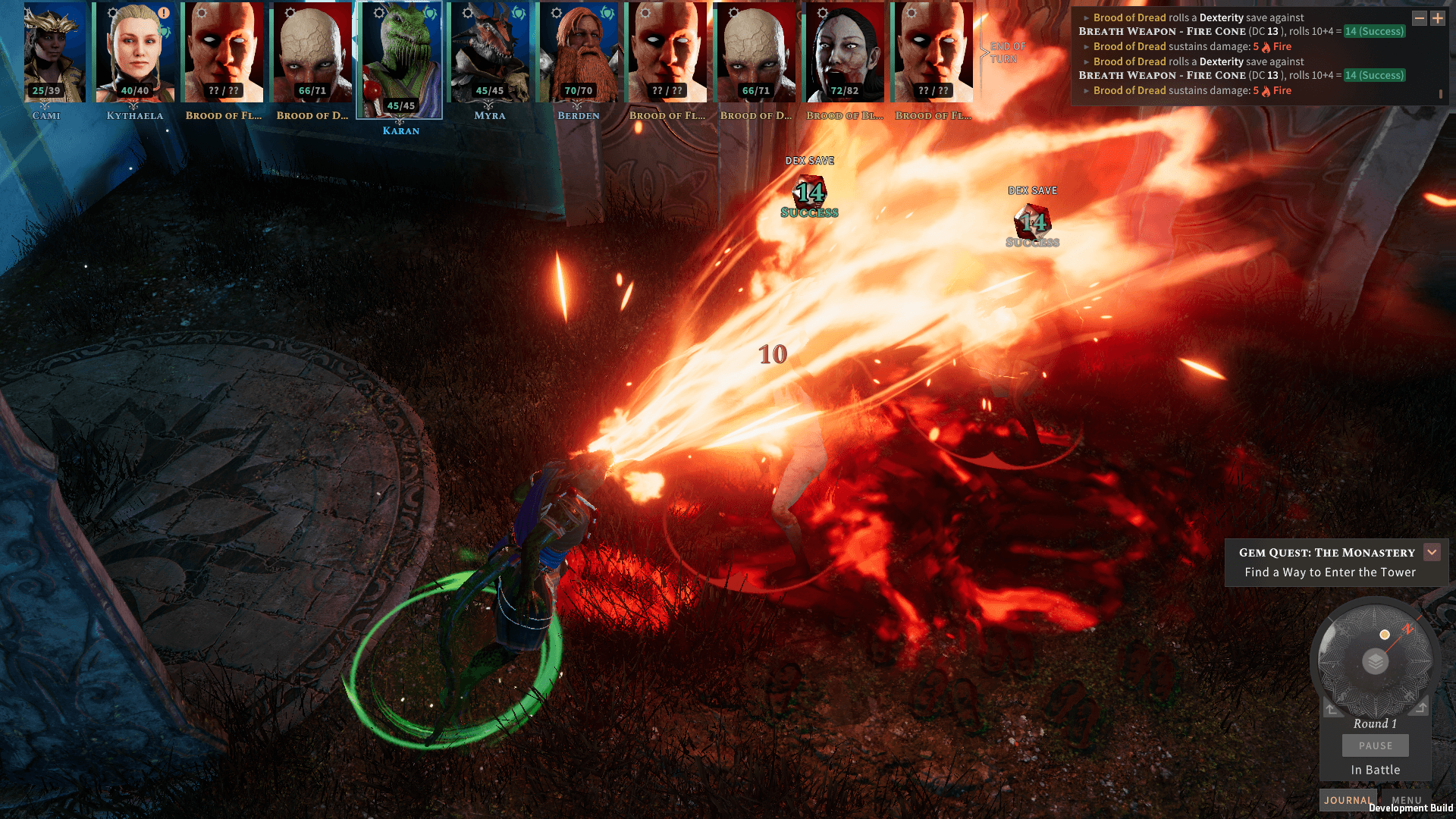 And here is our little Dragonborn using his Breath Weapon (which type of damage and shape depend on their Draconic Ancestry). Burn, you dirty undead!

Alright folks, this is the end for today! Next time we'll be breaking down the subclasses for one of the new classes coming up in Inner Strength. Thank you for reading, and don't hesitate to drop by our Forums or our Discord Server.

Not bad at all, the dragonborn feet look great even though they seem complicated to adapt.