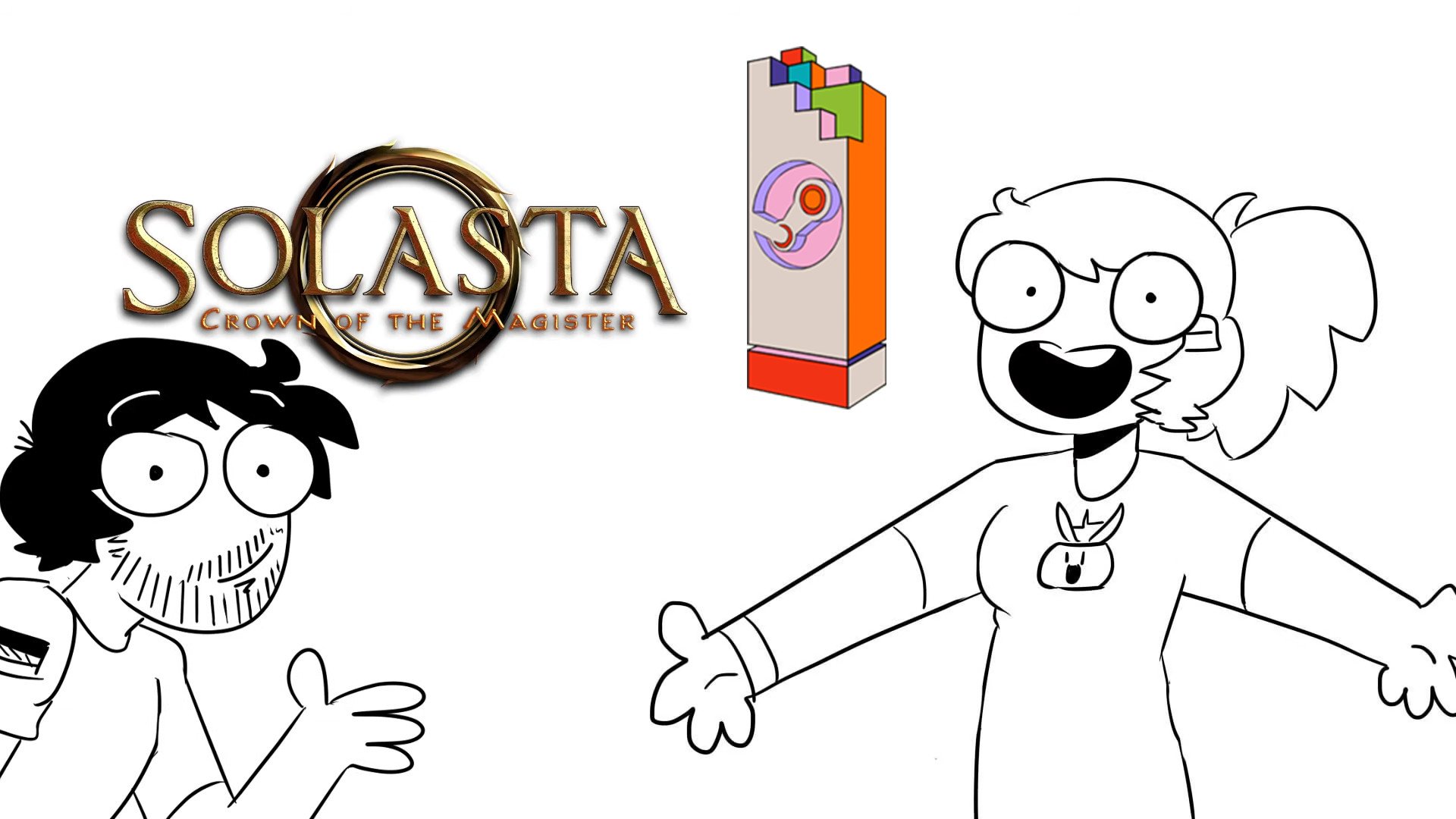 It's that time of the year again. What time? TIME TO CONQUER THE WO- I mean, time for the Steam Awards. And what better Award Category than to go for the "Best Game You Suck At", because everyone loves to get screwed over by RNG and poor dice rolls. over and over again!

Jokes aside, we're super glad to have made that journey with you guys. From our Kickstarter Demo, to our Steam Early Access a little more than a year ago now, to the full 1.0 launch in May and now our 1st major DLC... It's been a trip and half!

Here's to another year of Solasta! And maybe a Steam Award if the stars align!

We've recently partnered with Dingo Doodles (and Felix of course!) to hear what they have to say about Solasta - and (thankfully) they think it's pretty good. In fact they even streamed the game before we ever contacted them! Turns out picking the Lucky Feat when rolling my IRL character was a good idea.

And yes, you've heard it right. We're already hard at work on our next Solasta DLC... but let's leave it at that for now, we'll have more information to share in the coming months :)

Also, huge thanks for Dingo and Felix for taking the time to make this video - if you aren't aware, they just closed their massive Kickstarter Campaign Fool's Gold: Into the Bellowing Wilds with almost 17,000 backers and $2,5M raised! And that's... a LOT of work (and usually implies very little sleep).

If you're running into bugs or other issues, please make sure to read our Help Thread to help us find them and squish 'em for good! You can also drop by our Discord server to ask other players for help :D

If y'all have some friends still on the fence about getting Solasta, the game will be 50% off during the Steam Autumn Sales!