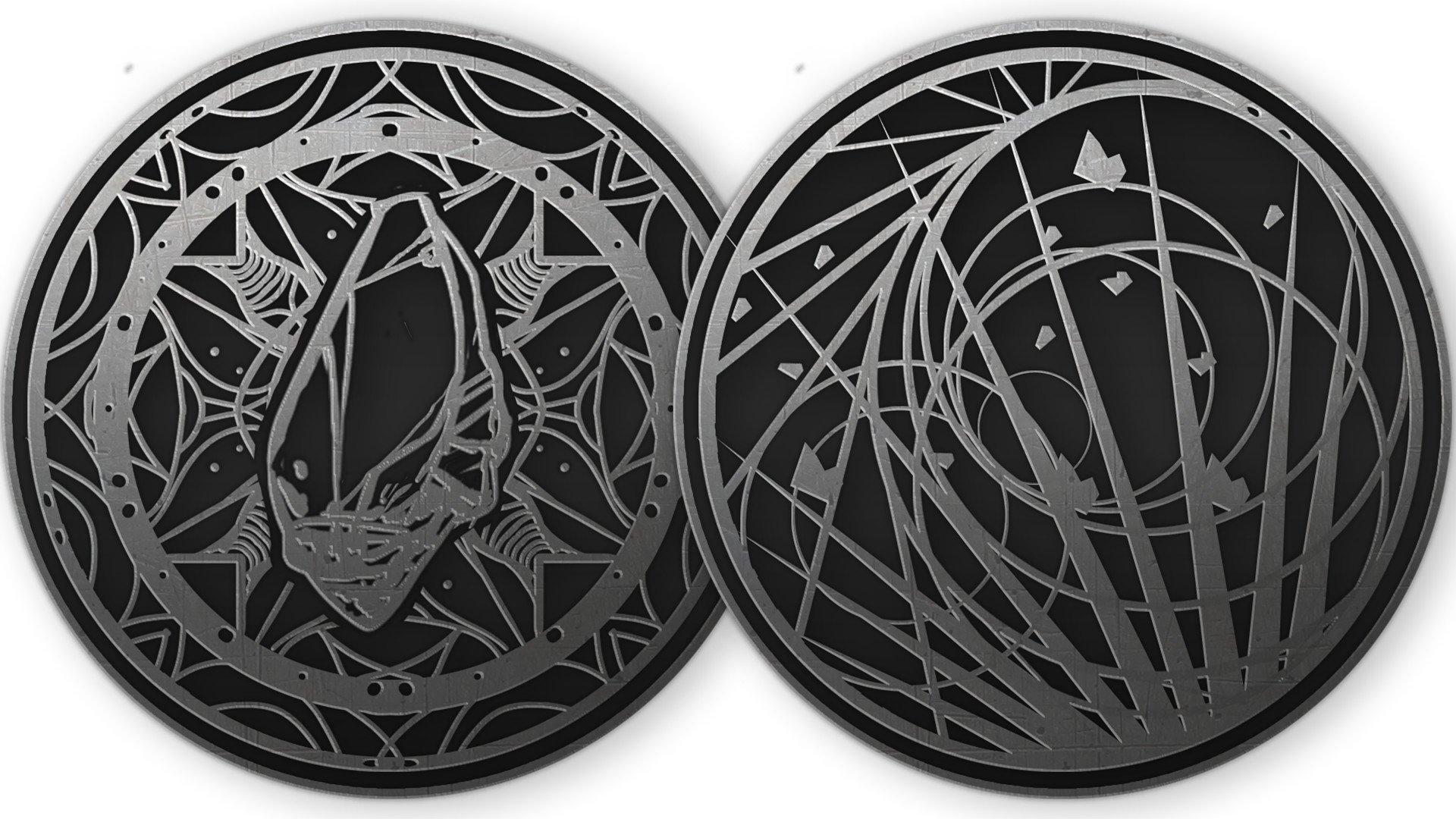 We're back today with the results of the Wishing Well Event, with our final two community subclass designs (as well as some runner-ups that we really liked). We've also saved the VOD of last week's stream for those who might have missed it - which ended up becoming a Q&A and unboxing session (with the support of a cute cat cam). Also, make sure you check your emails - the final PDF of the Sourcebook has been sent through CrowdOx! 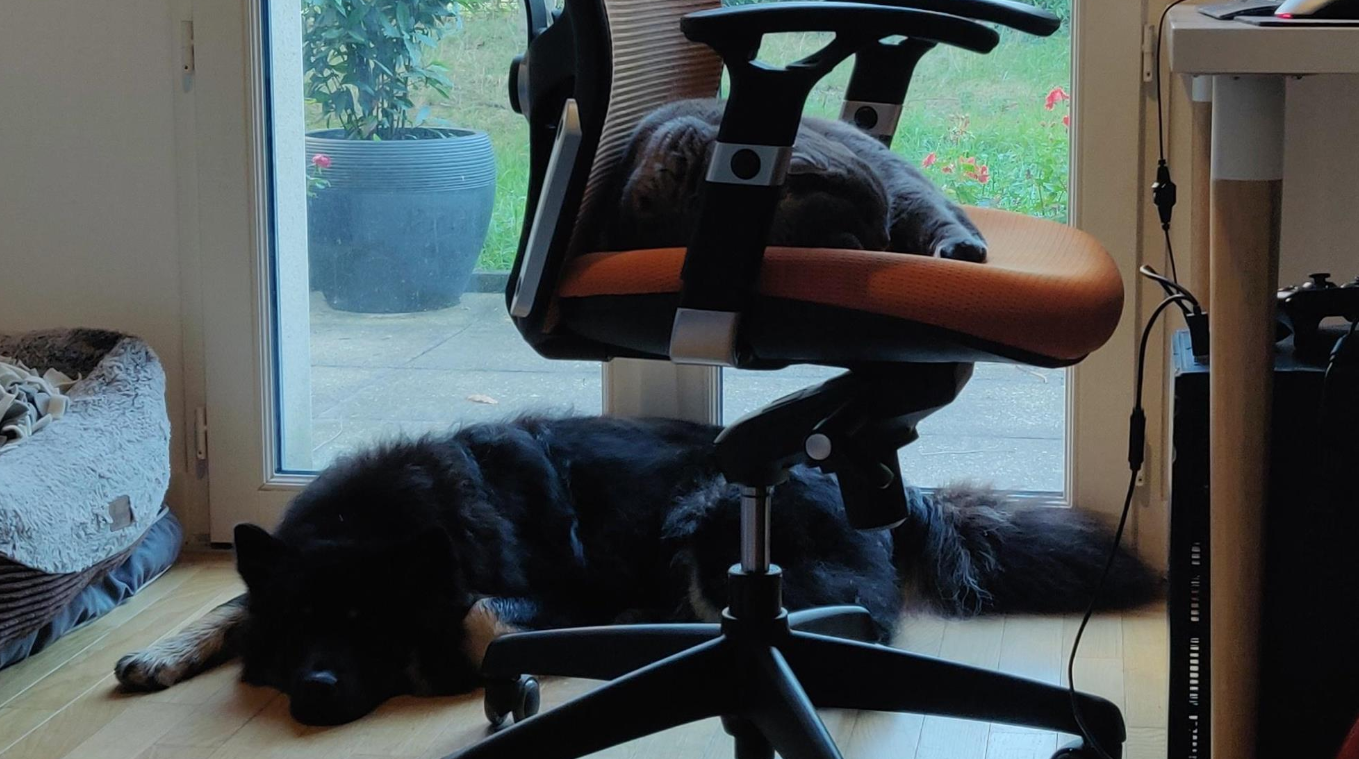 Here we can see two members of the Solasta team hard at work. Such passion. Much wow. 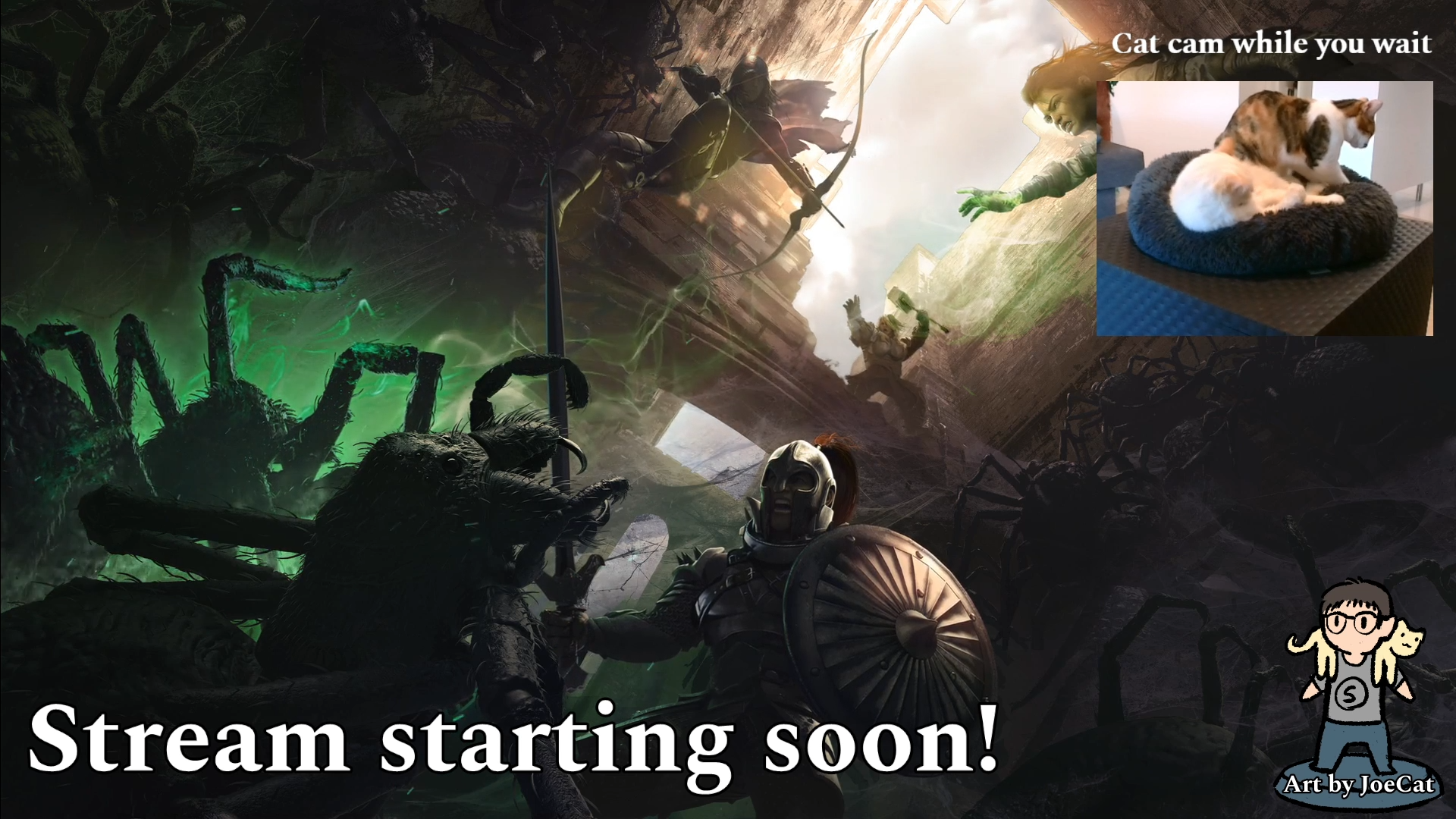 Didn't manage to catch last week's stream? No worries, you can watch (or rather listen to) the session here. Outside an impromptu unboxing session of the Solasta Adventure Box, we've mostly been discussing about the upcoming DLC, bugs and improvements as well as modding (with a good amount of unrelated tangents about gaming and the game industry in general). Grab a coffee and enjoy those 2 hours of chit-chat!

For those who might not be aware, some awesome members of the community have been hosting Community Contests recently. After SirMadnessTV's Custom Dungeon Creation Contest, it's now Vel's turn to announce the Crown of the Dungeon Player contest - a custom dungeon run contest with $125 prize pool in Steam gift cards! Just click on the image below to see the rules and submit your run. 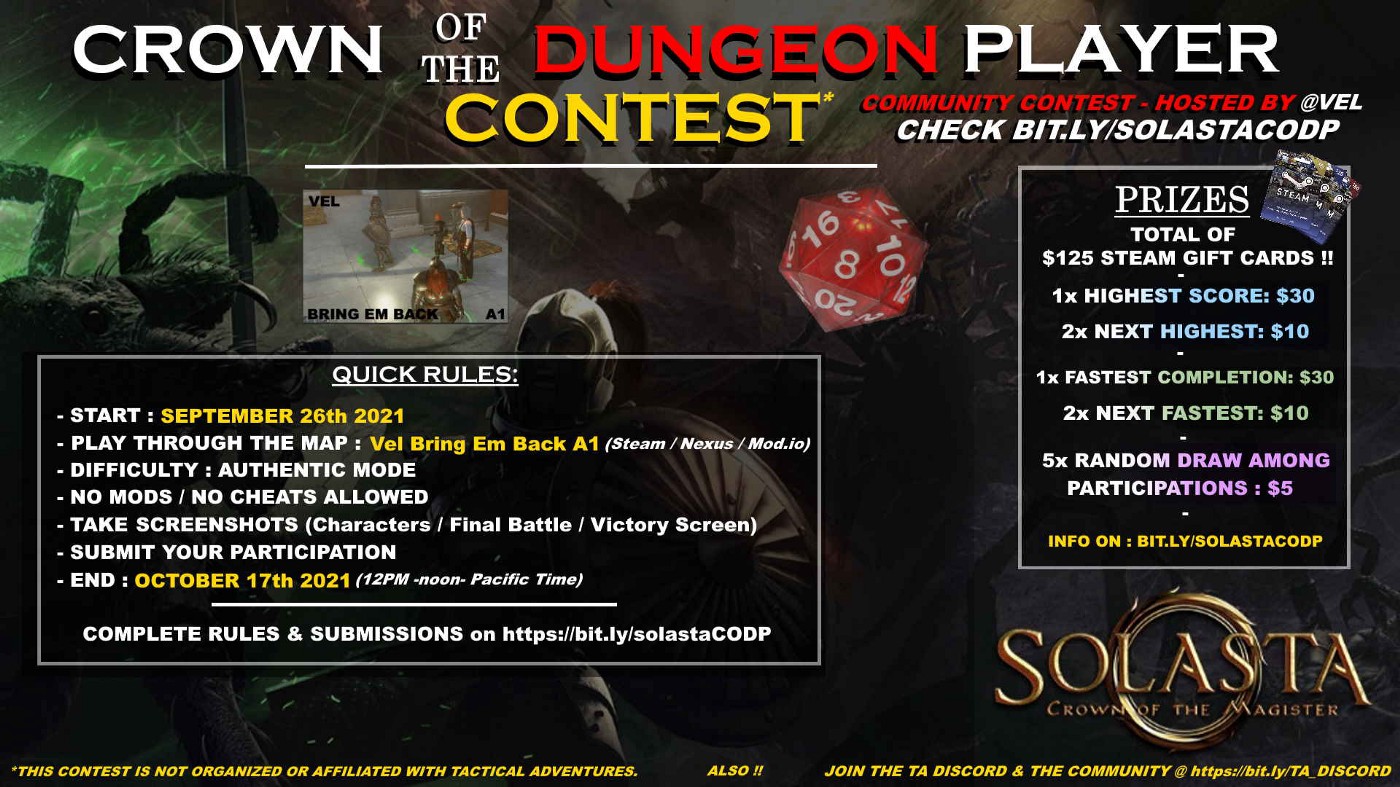 Huge thanks to Vel for hosting this contest. Go give it a try!

Wishing Well - And the Community Subclasses are...

Before we get into the results, we just wanted to thank you all again for participating to the Wishing Well Event. We've received several hundred submissions, totaling more than 2,000 features to sift through - and let me tell, some of those ideas were fantastic. For everyone who participated and had a valid email address linked to a Solasta Forum account, you should have received a new forum badge!

For those who may not remember the Wishing Well Event rules, we picked up themes and features that we loved the most to put together a Druid & Barbarian community subclass from all the great ideas you submitted. Without further ado, here are the members of the community whose submission we took inspiration from: Patrick P. Hansen, Randy Ward, IceJoker, MooWun, Brad Allison, Miles Young (Ragnar), Cat Scratch Fever, DestinyNinja, Joshua Talty 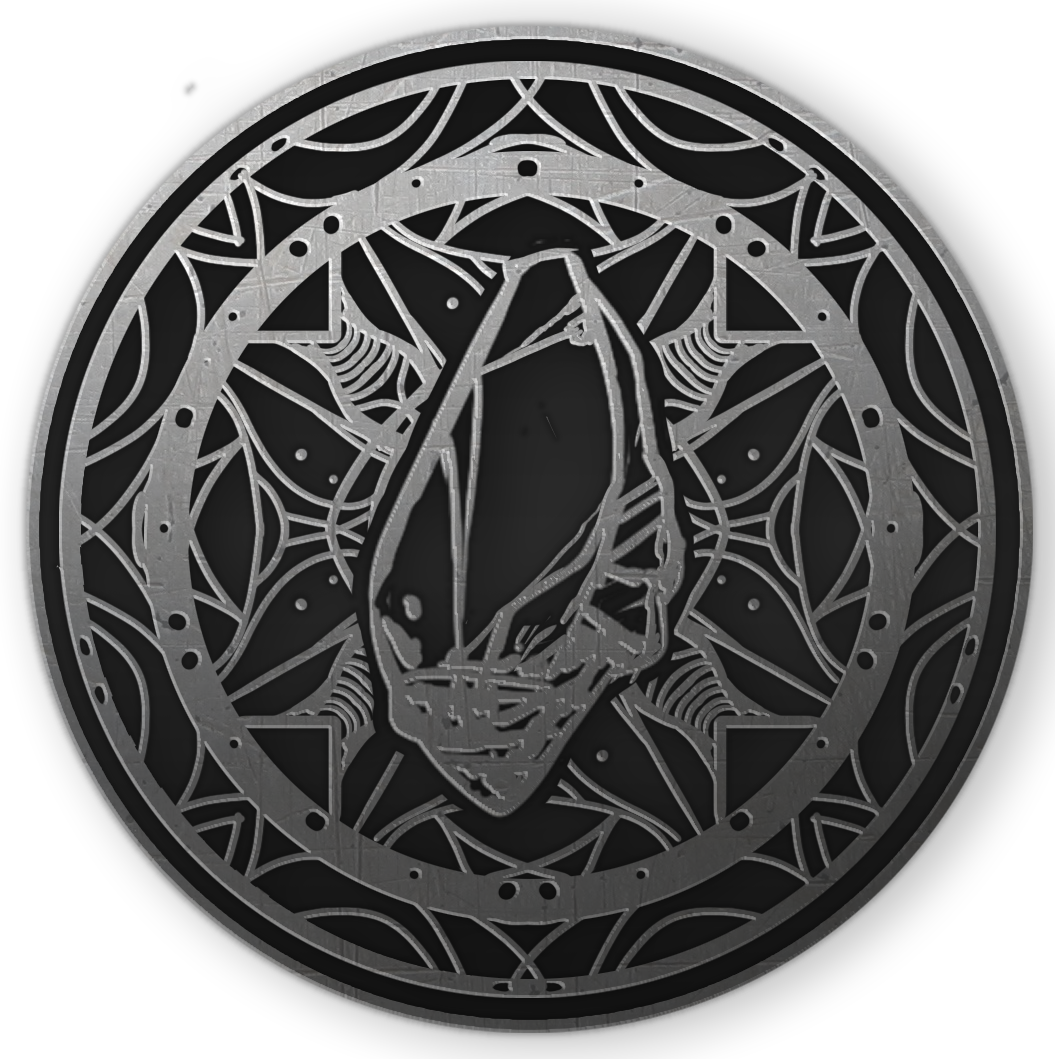 Barbarians following this path draw their strength from their connection to stone. They never give up in the face of adversity and thrive in hostile environments. The first Stone Barbarians hailed from the North, even before there was a Snow Alliance. They were the ones who kept the people safe during the harsh winters, when hungry monsters were on the prowl. And once Manacalon began its incursions, they were in the thick of it, lending their legendary implacability to the resistance. 1000 years after the Cataclysm the Path of Stone still has many followers, from all lineages. 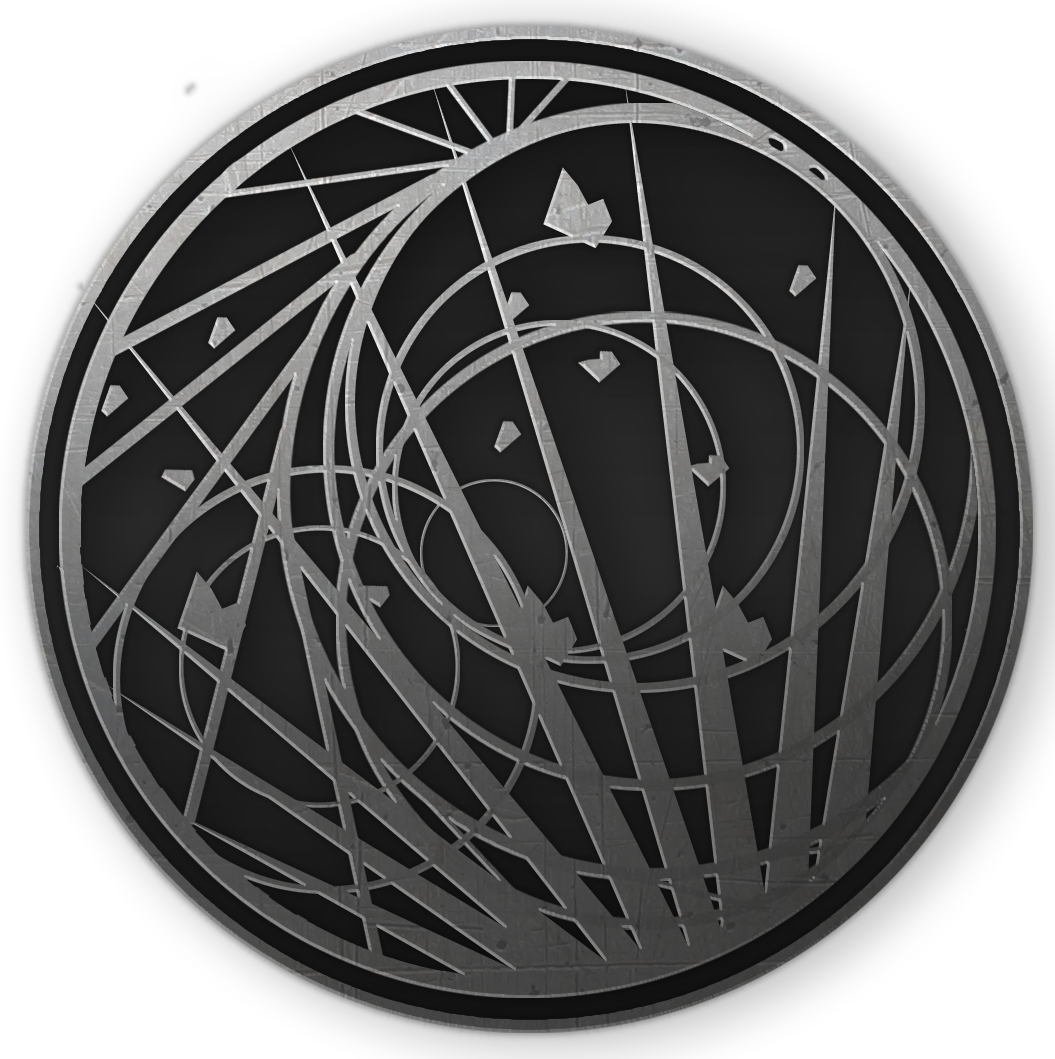 Druids from this circle draw their strength from the winds. As the Cataclysm raged, the connection druids felt to nature frayed. But not so for the Circle of the Winds. They felt the mana currents carried by the winds and through them a connection to nature. Through this, they were able to protect nature from the worst of the cataclysm-born depredations. The Circle is still alive today, its druids hailing from all part of Solasta, wanderers under the open sky.

Alright folks, this is the end for today! As always thank you for reading, and remember to download your Solasta Sourcebook PDF if it was among your Kickstarter rewards. And check out our Forums and our Discord Server to chat with other players :D

Wow I am really happy to have got a mention and even more happy and honoured some of my ideas are going to make into this fabulous game.