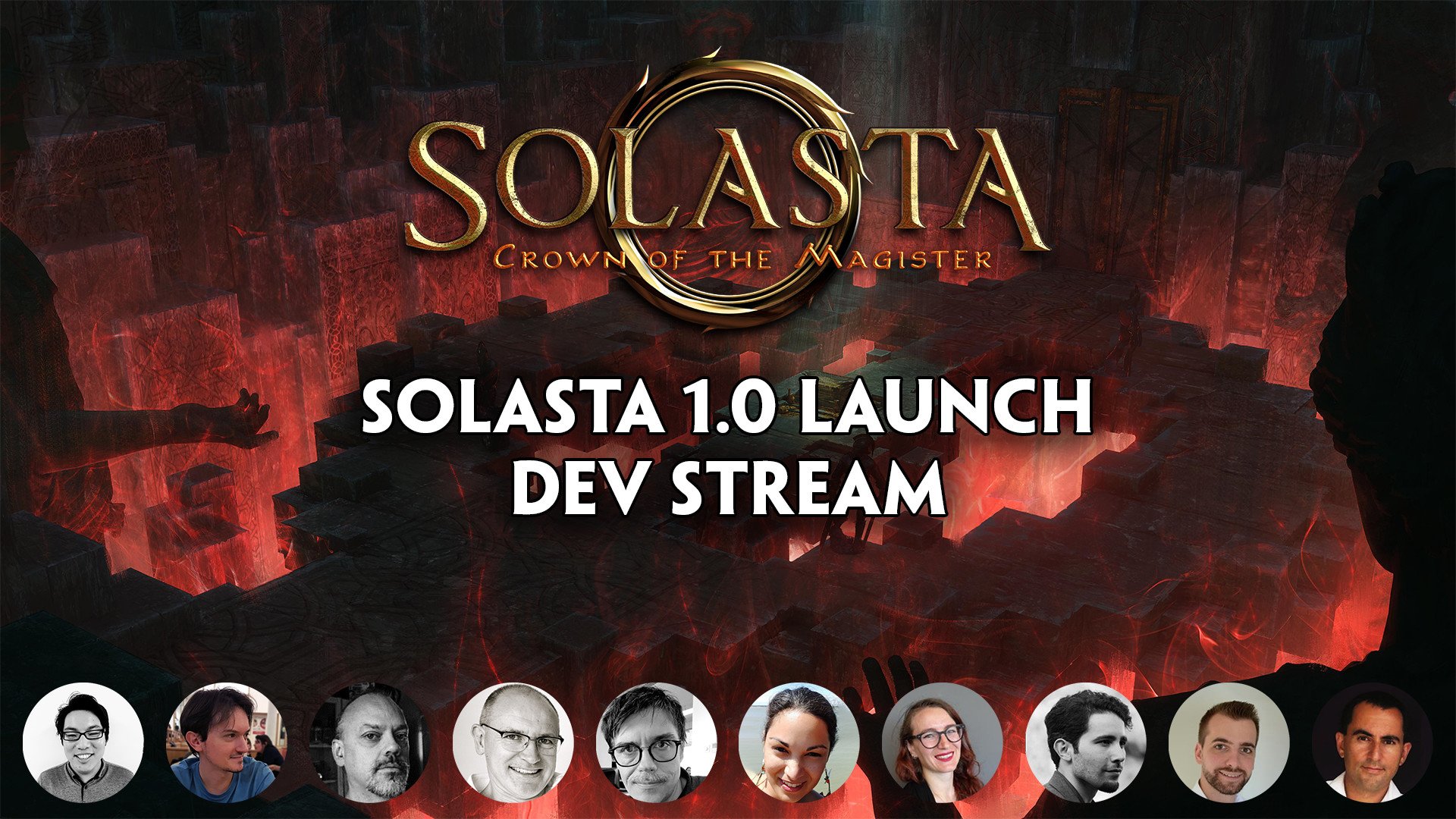 We hope you're enjoying the 1.0 release of Solasta: Crown of the Magister! We're already hard at work on the next hotfix patch, although some issues might take a bit longer than the rest. 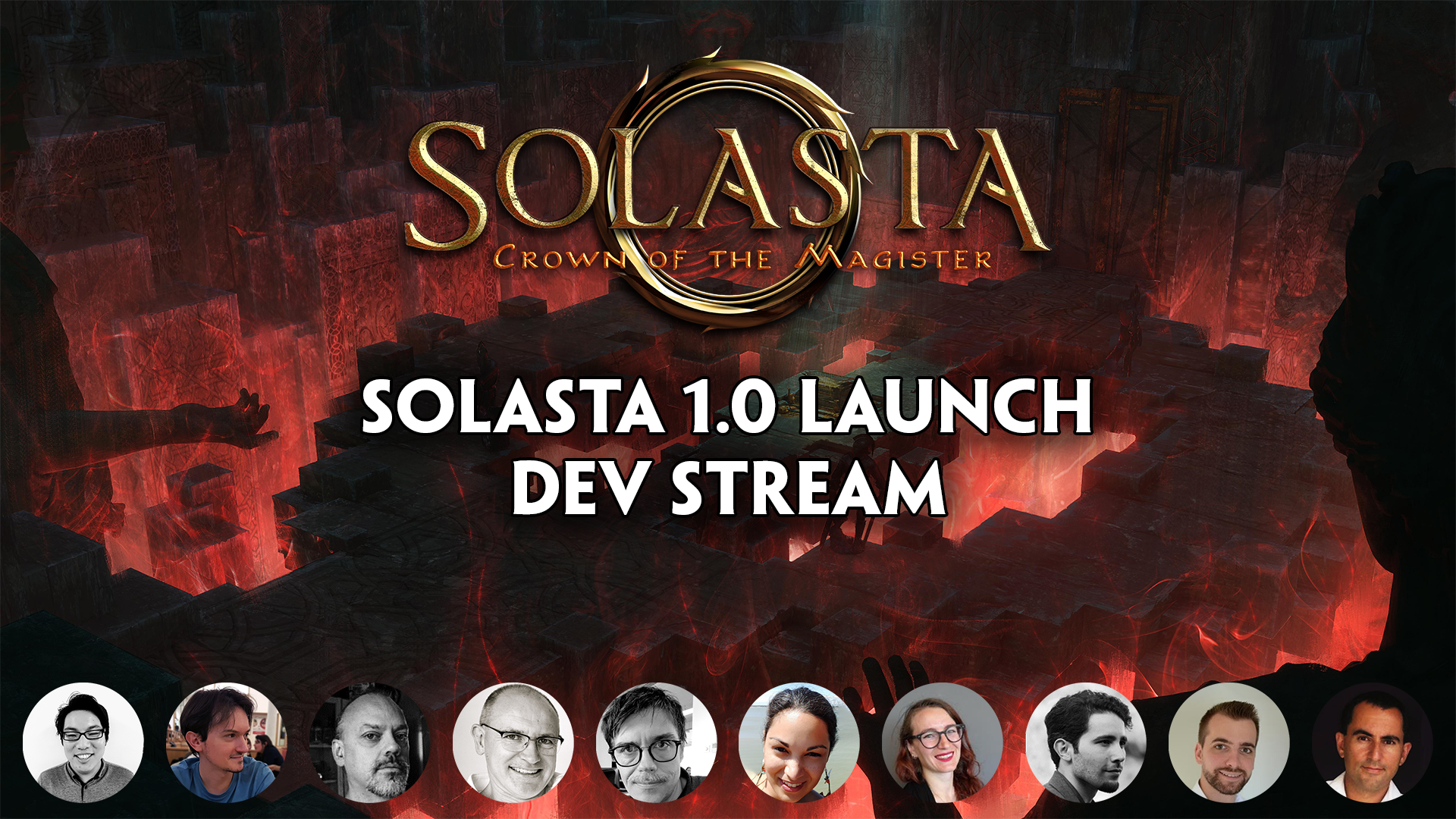 Come and hang out with us as we discuss the game, the journey up until launch and other nerdy things like game development. 10 am EST / 4 pm CEST, see you there! https://twitch.tv/tacticaladventures

1.0 is no reason to stop working on those bugs and fixes, and so we're releasing a beta branch for those of you who want check up the upcoming update on Steam! Just head to your steam library, right click Solasta, open properties, go to the beta tab and put the password SolastaHotfix

With the 1.0 release we've unfortunately run into a few annoying bugs, that we'll be working on to fix as soon as we can:

Due to the large amount of work needed to maintain several platforms and the fact that the Kickstarter originally only promised a Steam version, creating, testing and maintaining Kickstarter DLCs on multiple platforms was just not viable. As the GOG Backer Key was an additional reward we gave every backer on top of their Steam Key you won't have access to the Backer Items on GOG, only on Steam

Guardian of faith not working..

Tome of Wisdom not working...